Let’s Get Over Our Non-Orthodox Inferiority Complex 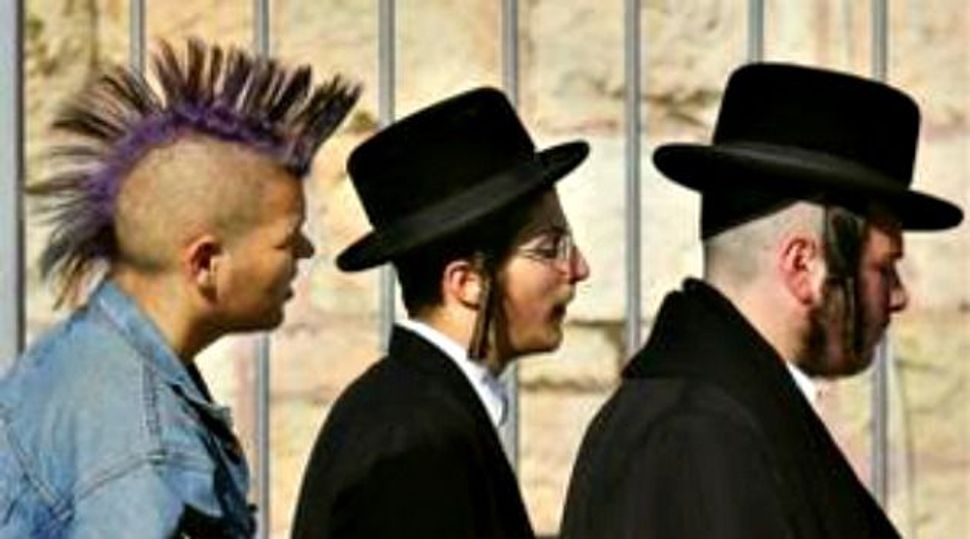 When I was in high school, I stopped wearing my kippah.

I felt myself drifting away from the ultra-Orthodox community of my childhood and the Modern Orthodoxy my parents tried to model for me at home. I stopped wearing my kippah because I wanted to disaffiliate from the Orthodox Jews that filled New York City — I wanted to be anonymous. Faced with the sudden realization that I didn’t want to be Orthodox, I made the decision to ensure that, unless I was in school or with my family, I would try and pass as not Jewish — or, at the very least, as not Orthodox. I did not want to be associated with the people who made fun of my cousins at my bar mitzvah for not wearing kippot, who made fun of me for attending a coeducational high school, or who looked down upon other Jews as lesser.

Thus began my first experience with the Non-Orthodox Inferiority Complex: the connection that I, and so many other Jews, make between traditional observance and the negatives in Orthodoxy. For many non-Orthodox Jews, to be observant is to be Orthodox, so observance also carries with it the negative associations that people have with Orthodoxy.

This, in turn, drives people further away from the richness that I, once in college, had discovered upon finding different ways to fuse my progressive values with the richness I found in traditional observance (albeit with a modern twist on some things). And yet, many non-Orthodox Jews still equate observance and Orthodoxy, and want to distance themselves from the latter by rejecting the former.

Much of this, it seems, has to do with the resurgence of Orthodoxy in America in the latter part of the 20th century: American Jews grew increasingly disparate in their religious observances as those on the left became less observant while those on the right became more stringent and thus more secluded. This seclusion happened because in order to be traditionally observant, you must live in close proximity to other traditionally observant Jews; you need the schools that will close for Jewish holidays, and the supermarkets with good selections of kosher foods. These requirements create a community that requires (or, at least, strongly encourages) separation from your neighbors, Jewish and not.

This creates the impression that Orthodox Judaism is predicated today less on what it is than what it is not. It is not what it embraces but what it rejects that sets it apart: modernity, feminism (unless, of course, you’re Rabbi Avi Shafran), Western values and models of modesty. And so I, a high school student angry at Orthodoxy, bought into the notion that to be Orthodox is to be unable to reconcile modernity and traditionalism in a way that is truly satisfying. And so my kippah fell into my back-left pocket when I left home in the morning, clumsily find its way back onto my head before I entered school, then back into my pocket as I commuted home.

Non-Orthodox Jews are increasingly disadvantaged when compared to their Orthodox counterparts in opportunities for engagement with Jewish text. They don’t have the same access to the yeshivas, seminaries and day schools. This further reinforces the dichotomy between Orthodox and non-, and the sense of inferiority that non-Orthodox Jews have when faced with the wealth of knowledge that Orthodox Jews have been given.

But text can also be used to bridge the gap. We must learn to disassociate Jewish literacy from observance and Orthodoxy and work to create institutions that encourage Jewish literacy because of — or perhaps despite — observance. This means that we non-Orthodox Jews need to not be forced to make a choice between progressive values and lives wherein tradition and literacy are placed at the center. This means creating a new, integral role for text in our Jewish communities and allowing people to use the world of Jewish text to model how they want to live as Jews. In so doing, we can work to break down the separation between the Orthodox and the non-Orthodox.

Today, I wear my kippah again because I am proud to be in a place and time where I have the access to Jewish text and ritual. Since coming to college, I have realized that I can be observant and literate — in public, no less — without needing to be Orthodox.

Amram Altzman is a student at List College. A version of this piece first appeared in New Voices.

Let’s Get Over Our Non-Orthodox Inferiority Complex