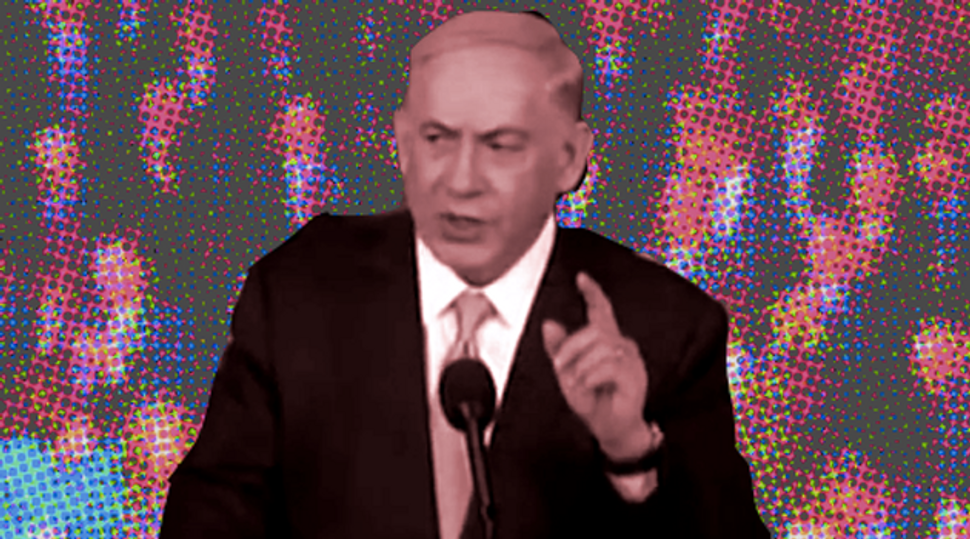 You haven’t seen Bibi’s speech until you’ve seen it like this.

Noy Alooshe, the Israeli remix king best known for his 2011 “Zenga Zenga” spoof, has outdone himself with a remix of his prime minister’s speech to Congress.

In the video, Bibi bosses around the audience members like they’re little kids, issuing alternating commands of “Sit!” and “Stand!” — a reference to a Hebrew children’s song (“Ooga Ooga Lashevet Lakum”). He wins countless standing ovations with his constant refrain of “Iran! Bomb! Iran! Bomb!” And his juxtaposition of “Iran” and “Haman” seems to be a real crowd-pleaser, too.

Meanwhile, Jewish Home leader Naftali Bennett watches the livestream on TV, happily lapping up this show of American pageantry. Whenever he flips the channel, we get snippets of Yesh Atid leader Yair Lapid yelling “Yalla be-Karchana!” — loose translation: “Party hard!” — and of Meretz leader Zahava Gal-On flouncing around in her cringe-worthy campaign video. Both of these politicians look ridiculous — like flighty and superficial teenagers — by comparison to Bibi, who’s all gravitas and scare tactics and feathery blue-white hair.

In between references to “Game of Thrones,” “Google” and the Ayatollah’s “tweets,” Bibi’s got Barack Obama and Joe Biden running laps. They look, well, like little lap dogs…and the total effect is pretty amazing.

Just try dancing to it!