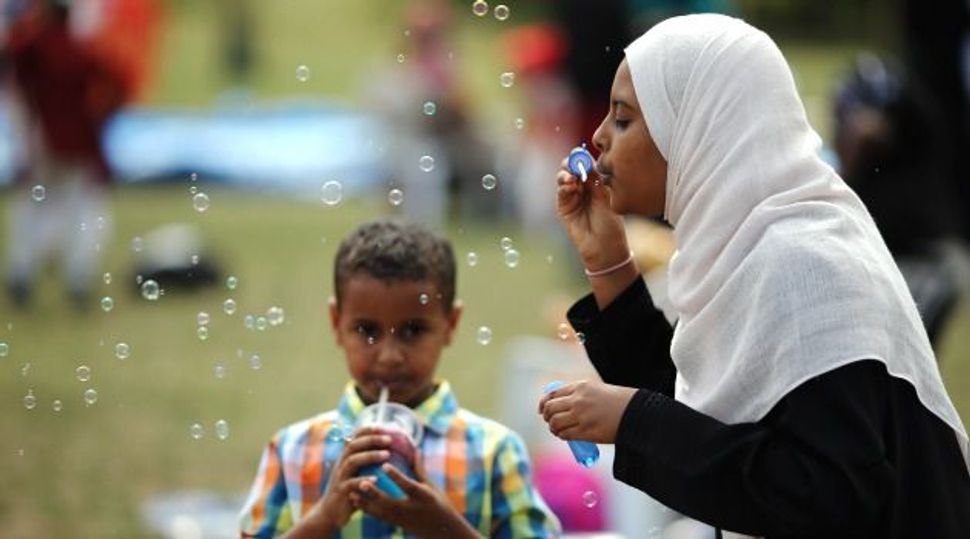 All across New York City, Muslims are cheering Mayor Bill de Blasio’s decision to close public schools on the two holiest days of their religious calendar. And Jews should be cheering right along with them.

Why should we be happy to see the city observe Eid al-Fitr and Eid al-Adha, days that commemorate the end of Ramadan and the biblical Abraham’s willingness to sacrifice his son, respectively? No, it’s not because that means we Jews will also get a hall pass. It’s because we fought and won this battle long ago — and our win should be used to help, not harm, others in a similar situation.

New York City public schools decided to observe two of our holidays, Rosh Hashanah and Yom Kippur, way back in 1960. That means that we’ve been enjoying the benefits of this recognition for a full 55 years.

If you’re wondering why recognition for Muslims has lagged so far behind, your first thought might be: Islamophobia. And you’d be right. Discrimination against Muslims is a powerful force in post-9/11 America — especially now that terrorism wrought by Islamic extremists in the Middle East and Europe dominates the headlines. That discrimination has a powerful impact on our policies, and it’s been fueling the protests against de Blasio’s plan to recognize Muslim holidays for months.

Of course, there’s also a much more prosaic reason for the time lag: statistics. Muslims form only 10% of the student body in New York City’s public schools. By contrast, when Rosh Hashanah and Yom Kippur won recognition in 1960, Jewish students made up 33% of school enrollment. Not only that, but a staggering 45% of the teachers were Jewish! In other words, there was a really, really strong case to be made for closing the schools on these days.

But before anyone starts thinking that today’s comparatively small percentage of Muslims should be touted as a reason to reject de Blasio’s decision, consider this: There’s a reason why so many Jews ended up in the city’s public education system to begin with. It has to do with the era of quotas and discrimination that worked against us in most other systems. As Jerald Podair explains in “The Strike That Changed New York”:

Excluded from many areas of the private sector, and attracted by the objective nature of the examinations and the job security offered by civil service employment, Jews had gravitated toward the New York City public schools since the 1930s…

Jews had established an informal network that operated to draw co-religionists into the system, providing information on vacancies, job contacts, and test preparation assistance, among other advantages. By the 1960s, in New York, it was almost an instinctive reaction for a Jewish college graduate to consider teaching in the city’s schools as a career option.

So, in a nutshell: discrimination drove Jews to public schools; once we got there, we used our position to bring in lots of other Jews; as a result, the system came to grant Jews certain privileges — privileges that other populations (many African-Americans, Hindus, Muslims) did not enjoy.

Given this history, we should be sensitive to religious and ethnic communities that still endure discrimination of the sort we used to suffer here. And we should make sure to use whatever networks and privileges we’ve built up to boost these other communities, not keep them locked out.

Today, let’s cheer along with New York City’s Muslims — and seize the opportunity to explain to their haters why they’re wrong.