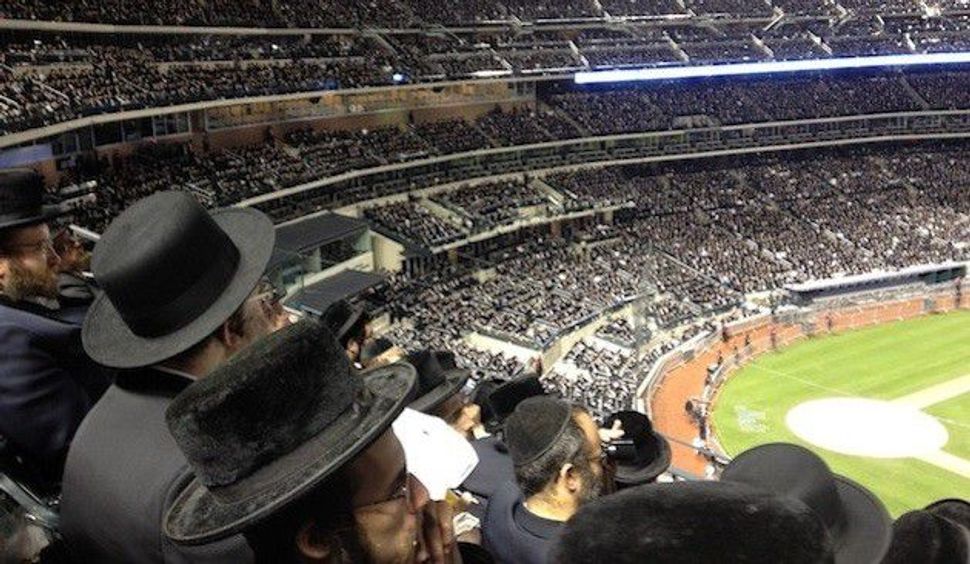 A Forward tipster texted us this morning to report an odd spam message he’d received on his phone. Sent from a Spanish phone number, the spam read: “Check out WhatsApp Messenger for your smartphone. Hasidic friendly! Download it today…”

Last year, I reported that the ultra-Orthodox had gone wild over WhatsApp, a messaging app purchased by Facebook for $19 billlion.

“I’m sick and tired of it a little bit,” Lipa Schmeltzer, the Hasidic pop music star, told me at the time. “It’s not an easy task, to keep up with all these messages.”

Now, it seems like WhatsApp itself is catching up to its ultra-Orthodox appeal. The company does not list a press contact on its website, and the Forward has not yet been able to confirm that the ad was actually sent by WhatsApp itself. The download link, however, is genuine.

The ad is phrased oddly, which perhaps should not be surprising for a spam text message. The “Hasidic friendly!” boast uses the adjective “Hasidic” as a noun, suggesting limited familiarity with the term’s usage.

WhatsApp’s appeal for the ultra-Orthodox lay in how it allowed users to get around communal bans on unfettered internet. The service’s group text functions are used as a sort of closed social network by Hasidic Jews.

As early as January 2014, however, rabbis were cracking down on the service. A Satmar newspaper in Brooklyn ran a headline that month warning: “The rabbis overseeing divorces say WhatsApp is the No. 1 cause of destruction of Jewish homes and business.”

The next month, a filtering service affiliated with Satmar blocked photo and video sent through WhatsApp.