Jeb Bush’s Lurch to the Right 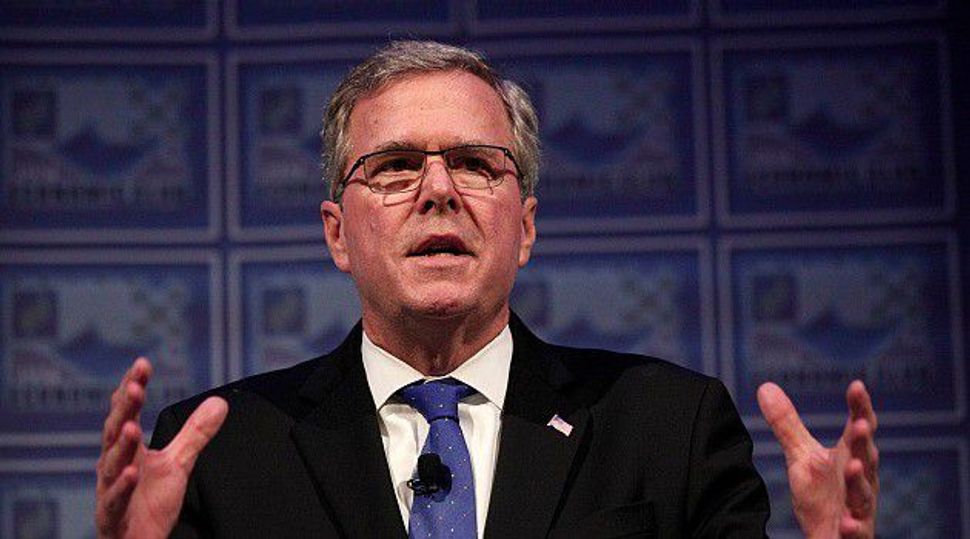 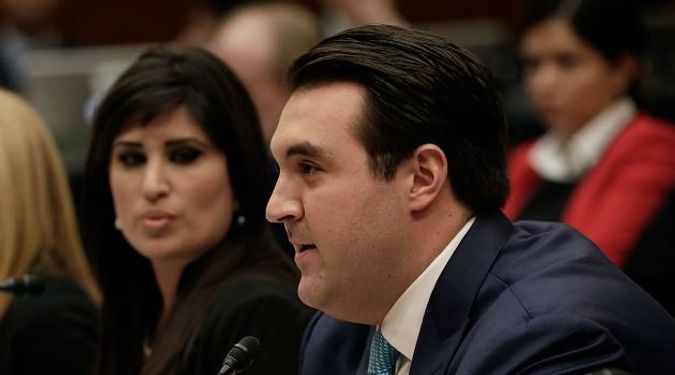 First, Republican primary voters can’t stand Jeb Bush and Chris Christie. In a new poll by the Wall Street Journal, Bush had roughly equivalent negatives to Hillary Clinton. 42% of Republican voters said they couldn’t see themselves supporting him. 57% said the same of Christie.

The top vote-getters were Marco Rubio, Scott Walker, and Mike Huckabee. To be sure, all of them love Israel, in their way; Huckabee may even believe it will play a part in the Second Coming of Christ. But they have also expressed support for placing crosses on public land, returning prayer to public schools, and laws that even their backers admit would allow discrimination against Jews.

Not exactly the fiscally conservative but socially moderate policies that Jewish Republicans say define themselves. In fact, those views are held by roughly 10% of the Republican party: a small handful of Northeastern neo-conservatives, what’s left of the moderate wing of the party, and Jews. Unfortunately, such reasonable views are completely outgunned by the Tea Party, Christian conservatism, and even libertarianism. They have a nice intellectual constituency, thanks to media outlets propped up by conservative donors, but no voting one. 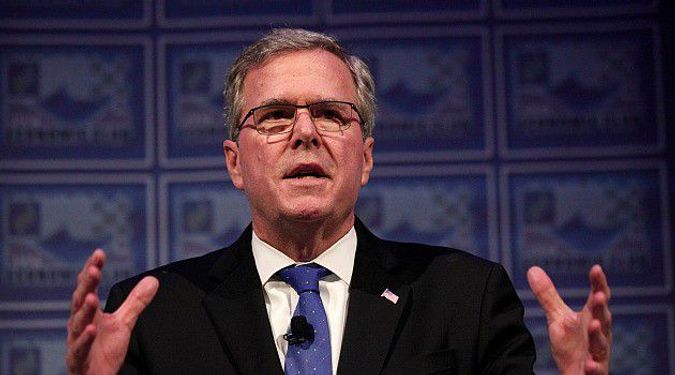 The second development is related. Well aware that he has to kowtow to the evangelical hard right if he is to ever be a serious presidential contender, Bush tapped Jordan Sekulow to be his “liaison” to religious conservatives.

Sekulow has played this role before – specifically for Mitt Romney. But Jews, as well as anyone of a moderate political frame of mind, have good reason to worry.

Sekulow is the Executive Director of the American Center for Law and Justice, founded by Pat Robertson and previously directed by his father Jay Sekulow. These are not moderate men.

The ACLJ wrote the Defense of Marriage Act, has led the charge of spreading homophobia in Africa, and argued numerous Supreme Court cases, always on the side of eroding the First Amendment’s ban on government-established religion.

The ACLJ also has a long record opposing reproductive freedom. It was the prime mover behind Schenck v. Pro-Choice Network – the Schenck in question was the ACLJ’s vice president – which enabled anti-abortion activists to harass women seeking abortions. And it has argued dozens of other cases, all against women’s rights.

The ACLJ is also at the center of a cozy network of hard-right conservatives in Washington. It runs a multi-milliondollar townhouse right behind the Supreme Court, and Jay Sekulow has given Justice Scalia rides in that nonprofit-rented jet.

More than that, the ACLJ is on a holy war. It wasn’t just founded to oppose the ACLU in court – but in the heavenly court as well. “Satan’s legions have got the jump on us in this area,” said Jay Sekulow in 1990. “They have perverted the precious guarantees of freedom found in our nation’s First Amendment.”

Then there are the financial improprieties that have dogged the Sekulow family for years. The family directs a constellation of nonprofits which have reportedly bought homes, rented jets, and paid regal, seven-figure salaries to family members.

Had enough? There’s also that creepy ‘conversion story’ told by Jay Sekulow, one of the leading spokesmen for Jews for Jesus, but I’m not sure that’s relevant.

The truth is, I don’t mean to be ad hominem. Both Sekulows are forthright about where they stand on social issues, and the elder Sekulow has a distinguished (and successful) career at the Supreme Court bar.

Less forthright is the Republican Jewish Coalition, and its duplicitous claim that hard-right social issues are not the heart and soul of the Republican party. The RJC is all Israel, Israel, Israel (or, if you prefer, Iran, Iran, Iran). As this publication has revealed, its staff is richly paid, no doubt supported by the great puppetmaster of the Jewish world, the casino owner with a net worth of $36 billion. Its website says the group connects Jews to “Republican decisionmakers.”

But as we saw last year, even Eric Cantor is not a Republican decisionmaker anymore. The Tea Party decided to vote him out. Just as Christian conservatives will do to Jeb Bush, if his Sekulow gambit is unsuccessful. At the end of the day, no matter how many high-paid Jewish professionals are enlisted (directly or indirectly) to the Republican cause, they do not represent the Republican base.

That base remains overwhelmingly Evangelical and conservative-Catholic, as well as overwhelmingly white. And they seem increasingly unwilling to back yet another loss by yet another moderate Republican presidential candidate. Whether their candidate of choice will be an actual conservative like Huckabee or a flip-flopper like Scott Walker, whoever gains the nomination will have to promise an anti-choice nominee to the Supreme Court to finally overturn Roe v. Wade, a renewed “faith-based initiative” to funnel billions of government dollars to Christian institutions, and a rollback of the First Amendment protections that have benefited minority religions like Judaism.

As a progressive, I admit that part of me is pleased with this development. Christian Conservatives and Tea Partiers (usually the same people) seem unaware that what plays well to their base often alienates the mainstream. That bodes well for Democratic candidates, who I generally support.

But as someone who still holds out hope for the possibility of dialogue, compromise, and consensus, I’m not gloating. Rational conservatives (the ones who still exist) play a crucial role in the American dialectic. Certainly, there is room for debate on foreign policy and fiscal policy, and a robust debate should lead to better overall results, if only by counteracting arrogance.

The base of the Republican Party, however, is not interested in this kind of debate. Statistically speaking, the people who actually call the shots in the party are motivated by extreme interpretations of religion and dogma, not small-d democratic values.

In fact, that may be the only thing that the Jewish Republican establishment has in common with the Christian Republican base: a propensity to delusion.

Jeb Bush’s Lurch to the Right