How Can We Support Israel’s Ideals — but Not Bibi’s Ugly Rhetoric? 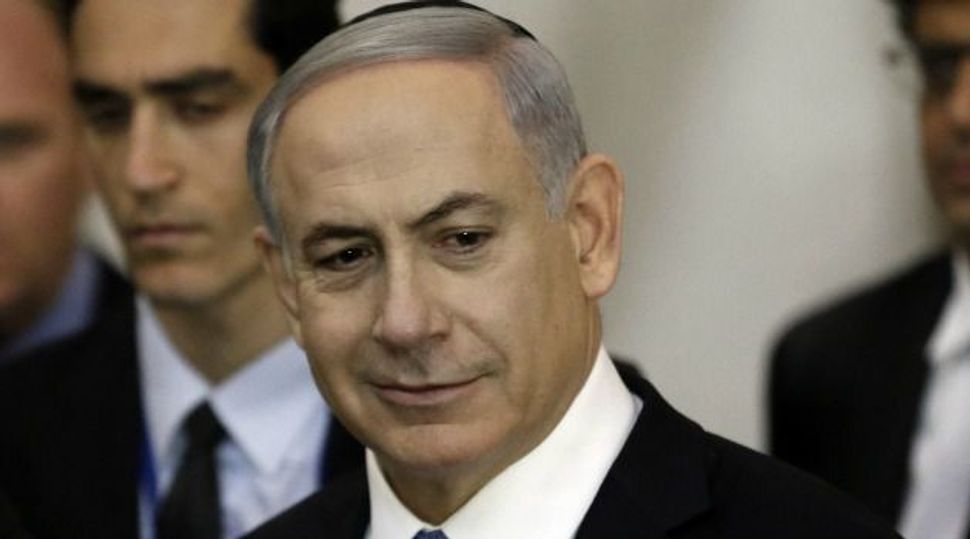 Benjamin Netanyahu’s surprising and decisive victory in the Israeli elections has created a wrenching dilemma for many American Jews: how to continue to love Israel while a government that violates many of our community’s values is in place.

This may not be an issue for those who unequivocally support Netanyahu’s aggressive, nationalistic stance, and cheer the fact that he won by dismissing the two pillars of American Mideast policy: the creation of a two-state solution with the Palestinians and the pursuance of a nuclear deal with Iran. The Bibi chorus of our community is already gloating, excusing the candidate’s offensive words about Arab voters, quickly accepting his “clarifications” and falling back on the ancient pull of peoplehood to rally American Jews once again.

It may not work so well this time.

The denial of Palestinian statehood aspirations and the blatant resort to racist statements that Netanyahu expressed in the last days of his campaign won’t soon be forgotten or reconciled, no matter what he now says. And even though the prime minister has voiced a valid critique of a potential deal with Iran, the manner in which he used the U.S. Congress to defy a sitting president has left a lingering resentment in many of us.

Thus, the dilemma. For years we have been told that we must put aside our liberal values – the values that have allowed us to prosper into the Diaspora’s largest, most proud and significant community – when it comes to Israel. Ignore the occupation. Ignore the domination of an ultra-Orthodox rabbinate.

Recognize, instead, that Israel’s tough neighborhood and its supposedly existential threats demand that it employ a different set of behaviors. Focus, instead, on its raucous democracy, innovative economy, extraordinary people, and on the thrilling promise of Zionism.

That promise still ignites us. But Zionism has always contained within it a struggle between pursuing the legitimate aspirations of the Jewish people for sovereignty in its ancient homeland and contending with the rights of others who also have long lived on that land. After six decades, it is not unreasonable to hope for progress in resolving that struggle. Instead, we are farther away than ever.

This clearly bothers many American Jews from a distance more than it concerns Israelis at home. This election was a narrow vote for the status quo, propelled by the fear that only a continued hard line approach will keep Israel secure. As believers in democracy, however flawed it is in Israel or here, we respect that vote.

But the status quo is never static. The occupation and settlement growth can’t continue indefinitely without dramatic change or renewed violence. For one thing, Israel’s already fraught diplomatic and economic relations with Europe will certainly worsen.

It will be harder to contain the growing resentment on college campuses and the growing alienation of many younger Jews. And it will be much harder to support the unquestioning amount of U.S. financial, military and diplomatic aid that Israel receives every year when its government sometimes works against American interests and policies.

By winning an unprecedented fourth term, Netanyahu has proven to be a brilliant political strategist. He has the right to call himself the modern King of Israel.

But he’s not the King of the Jews. He didn’t need our votes to win, of course, nor should we feel compelled to blindly support him. The question now for us is how to maintain a genuine connection to Israel and what we believe are its deeply grand and humanistic values while distancing ourselves from a leader who stands for the opposite.

How Can We Support Israel’s Ideals — but Not Bibi’s Ugly Rhetoric?