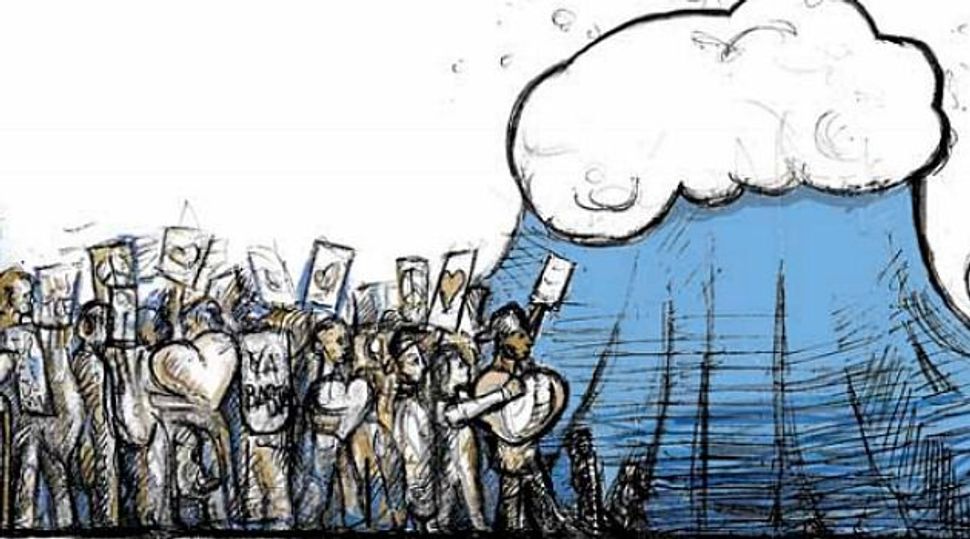 The Haggadah insists on being relentlessly current, asking that each year we read ourselves and our struggles into the ancient saga of the Jewish exodus from Egypt. So it’s not altogether surprising that a few young Jewish writers, primarily Jews of color, have compiled a #BlackLivesMatter Haggadah Supplement for the organization Jews for Racial & Economic Justice.

Still, there is something unusual and startling about this one. Rather than focusing on redemption or the cruelties of the modern Pharaoh (the racist police, in this retelling), the crux of this Haggadah is a blistering indictment of the Jewish community for its lackluster support of the #BlackLivesMatter movement and its marginalization of Jews of color. “We are descendants of slaves who do not yell back that Moses had a Black wife and Black children and that #BlackLivesMatter to our people whether or not we acknowledge it,” write Sarah Barasch-Hagans and Graie Barasch-Hagans in a passage entitled “After the Maggid: When We Imagine Ourselves Allies.”

The message is clear: We the Jews are sometimes our own oppressors.

However, unlike that crudely drafted Haggadah, the present #BlackLivesMatter supplement is blessed with sharp lyricism and a sense of inner struggle.

“For we are the descendants of slaves with no great escape story. No great memorial to our suffering. No great G-d to intervene on our behalf, to choose us, to form us as a people. And yet for many of us who inhabit both Blackness and Jewishness we feel the deep divide, as the parting of the seas,” Graie Barasch-Hagans writes.

The traditional Haggadah is designed to incorporate an element of self-criticism. According to the Talmud, the story must begin by recalling our lowly origins as slaves and idolaters. And each year we are again forced to confront the “wicked son” that we keep raising and becoming.

This note of self-aware internal critique is at the core of the #BlackLivesMatter Haggadah, at times veering into murky waters, such as when the text condemns synagogues not only for failing to support the protests but also for “hiring police officers to protect High Holiday services without questioning whether they make all of our community feel safe.”

Nonetheless, these frustrated voices from Jews of color ultimately form a striking and provocative narrative of our collective blindnesses and our own broken peoplehood. I think it succeeds at disturbing our peace.

For these young writers, the experiences of Ferguson, Missouri and its related hashtags are made of the same stuff as the ancient Exodus and Revelation, but with one crucial difference: we aren’t all present.

“Sometimes, we are all in the street, and the street becomes Sinai…but only if everyone shows up,” the #BlackLivesMatter Haggadah concludes, “yet isn’t it ironic that now our community will not march for anyone that looks like us?”