Dear Stanford: Don’t Quiz Me on BDS Because I’m Jewish 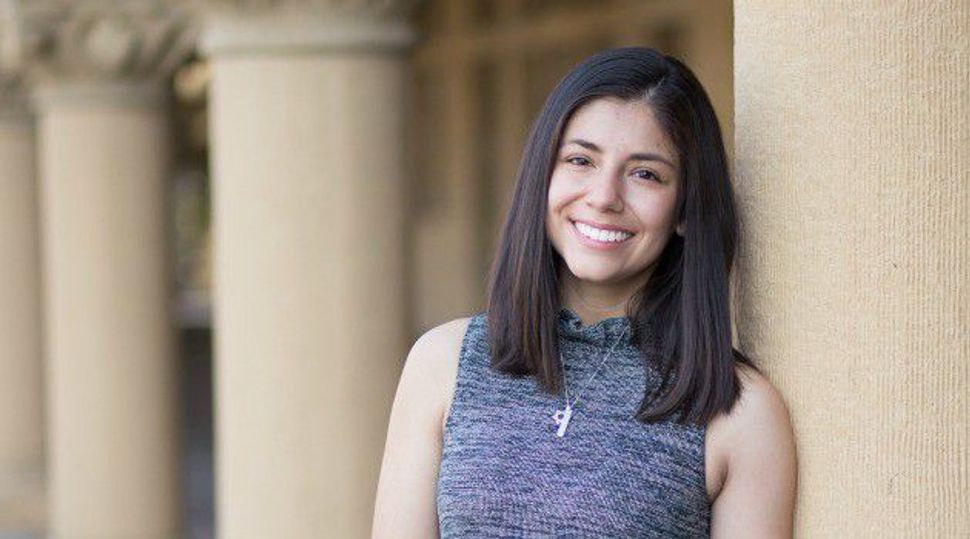 I am both a woman of color and a Jew. For much of my life, I struggled to embrace these identities. In high school people told me I was “not a real Latina” while also claiming it was my Hispanic ethnicity that got me into Stanford. I felt both not Hispanic enough and too Hispanic. I was also faced with anti-Semitic comments that made me variously cling to and deny my Jewish identity. Some people would say I didn’t “look Jewish;” others made remarks alluding to the stereotype that Jews are obsessed with money. The anti-Semitism I faced growing up showed me the necessity of taking pride in my heritage, but at the same time it sometimes made me afraid to say I was Jewish.

It was wonderful to join the accepting Stanford community, a community in which I finally felt understood. The diversity of this community allowed me to explore and embrace all aspects of my identity. I am now proud to call myself a Latina and a Jew.

But I know many Stanford students grapple with the same issues as I did. I feel my experience as a member of two different oppressed minority groups — Jews and Hispanics — gives me unique insight into the challenges students of color face at Stanford. I want to help other students of color on their journeys. I decided to run for Stanford Senate primarily to address issues I saw in Stanford’s mental health-care system. One of these issues is a lack of diversity among counselors at Counseling and Psychological Services (CAPS). I was quite excited to seek the Students of Color Coalition (SOCC) endorsement because I felt that my Senate candidacy and SOCC had many goals in common. I was ready to work with SOCC.

SOCC decided to grant me an interview. The interview was held on Friday, March 13, 2015, in the basement of the Native American Community Center. I entered the room apprehensive but hopeful. I would leave it shocked and devastated.

Across from me in the room sat eight members of SOCC, who took notes throughout the interview. Part way through the lead interviewer asked me, “Given your strong Jewish identity, how would you vote on divestment?” I couldn’t quite process that I had actually been asked this question. Did me being Jewish mean I wasn’t qualified to serve on Senate? Did SOCC doubt my commitment to serving students of color on the basis that I am Jewish? Somewhat stunned, I asked for clarification. The SOCC interviewer responded that she had noticed I talked about my Jewish identity in the application and was wondering how this would affect my decision on divestment.

I responded honestly. I told SOCC I was upset that the Senate had voted for divestment, but that regardless I was proud of the democratic nature of the vote. I explained that the vote had confirmed for me that Stanford students want peace in the Middle East, even if we disagree on how to get there.

The rest of the interview was a blur to me. I barely kept it together. As soon as I left the interview room I began shaking and hyperventilating. I replayed the incident over and over in my mind. If SOCC had wanted to know how I felt about divestment, they could have asked that. What made me so distressed was not that SOCC had asked me about divestment, but that they had thought my Jewishness might make me a poor Senator. There are Jews who support divestment, there are Jews who do not take a position and there are Jews who are against divestment. My involvement in Hillel, my praying in synagogue, my love of the Hebrew language, my study of Talmud, my celebration of Rosh Hashanah and Hannukah and Purim and Passover have nothing to do with divestment.

I know there is no way to prove my allegations. But I have no reason for lying. I really wish that this had not happened. But it did. I would not have gone through the trouble of reaching out to Sajjan Sri-Kumar, the Elections Commissioner, or Nanci Howe, the Associate Dean of Students and Director of Student Activities and Leadership, or the Anti-Defamation League or the Stanford Review, over something that did not happen. Reliving this experience again and again for various officials and organizations has been incredibly hurtful. I take this very seriously. I know my allegations are serious. I debated whether I should come forward with this for a while. Ultimately, I decided it is important for me to address inequality and discrimination wherever it occurs.

I have nothing against SOCC. In fact, I appreciate their goal of working for disadvantaged minority communities at Stanford. I just wish they would recognize that Jewish students are one such community. I hope SOCC can recognize that what they asked me was wrong. I hope SOCC will apologize and work to address the needs of Jewish students, as well as other minority students.

This oped first appeared in the Stanford Daily.

Dear Stanford: Don’t Quiz Me on BDS Because I’m Jewish