On Iran, a Divide That Goes Beyond Bibi and Obama 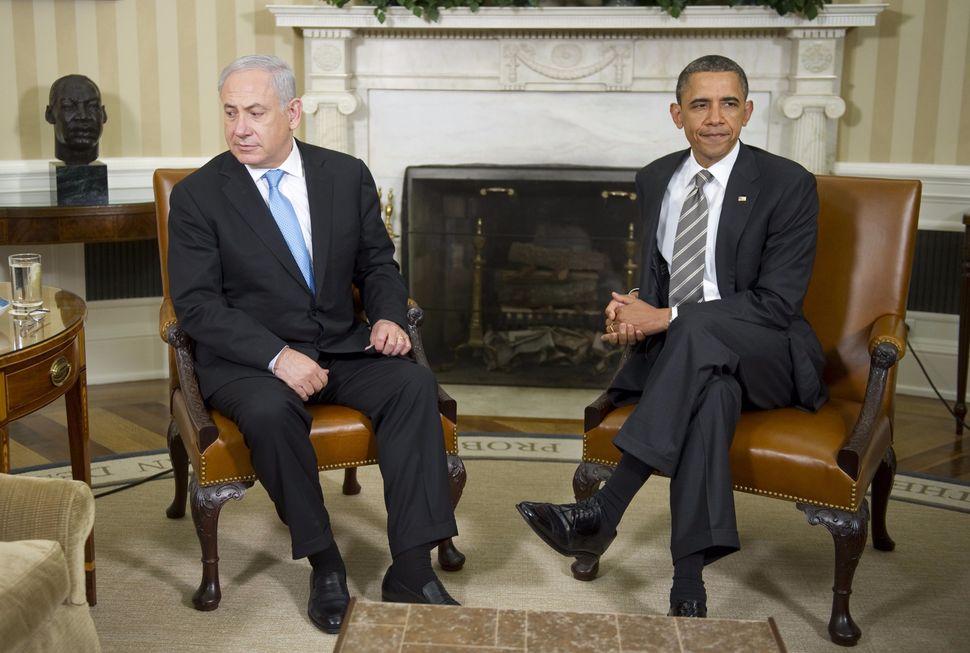 In the mid-1990s, pundits noticed an incipient breakdown in the known world order. For centuries international affairs consisted of relationships among nation-states, in an arrangement dating back to the Treaty of Westphalia in 1648. Now, suddenly, it wasn’t working. The primary culprit was the rise of so-called nonstate actors — transnational entities capable of defying or even dictating the global agenda. Topping the list: multinational corporations, non-governmental organizations, drug cartels and terror networks.

In the early 2000s the chattering classes identified a second disrupter: substate actors. These operate within individual nations, tilting the global system by influencing their own governments. Primary examples are legislatures, regional and provincial governments, media, interest groups and industry lobbyists.

As the dust settles on the current Iran nuclear negotiations, it’s apparent we’ve entered a third post-Westphalia era. The drama in Washington and Jerusalem looks like a conflict between two nations, but actually it’s a clash between transnational alliances of substate actors on both sides.

On one side is the much-discussed alliance between Israel’s political leadership and the American Congress. On the other side is a de facto alliance — not an active collaboration but a confluence of parallel outlooks — between America’s executive branch and Israel’s security establishment.

Netanyahu’s alliance with congressional Republicans is a fact of life in both capitals. It goes back years, resting on shared philosophy: suspicious of diplomacy; mistrustful of foreign and domestic enemies; leery of conflict resolution, believing conflicts should be won, not “resolved.”

Less understood is the complex interrelationship between Netanyahu, his generals and Washington officialdom. Although Netanyahu’s political reputation is built in large part on his outspoken advocacy of Israeli security, his strategic views aren’t widely shared by his own military and intelligence command. Washington knows it, and shares the Israel generals’ worldview. This complicates Netanyahu’s life, just as his alliance with Congress complicates the administration’s.

The disagreements inside Jerusalem involve not just tactical decisions but deeper philosophical approaches to national defense. As a citizen army in a nation surrounded by enemies, Israel’s military command sees its primary mission as keeping the country secure and its citizens safe by preventing war. It seeks to do this through a combination of deterrence and diplomacy. That pits it against both the Netanyahu-led secular and settler-led religious wings of the Israeli right, which seek victory, not mere calm. The right often suspects the military’s avoidance of war reflects cowardice or worse.

The tensions are compounded by a profound disagreement between the political and intelligence communities over the intentions of Israel’s neighbors.

The fault lines are not just between Bibi and Obama. They are between politicians and generals in Washington and Jerusalem.

Simply put, the intelligence community believes the events of the last two decades — specifically the Oslo Accords of 1993 and the Arab Peace Initiative of 2002 — represent a genuine if reluctant shift in Arab intentions, from a goal of destroying Israel to a strategic decision to accept Israel’s existence. The political leadership disagrees.

As result, the last six years of Netanyahu’s administration have seen continuous tension between politicians and generals on the Iranian and Palestinian fronts.

Thanks to a strong tradition of democratic civilian rule, Israel’s military doesn’t advertise its disagreements with the elected leadership. Generals give interviews, mostly in Hebrew, and they don’t lie when questioned directly, but they avoid flatly challenging their civilian bosses. It’s thus commonly assumed that Netanyahu’s defense views, whether on Iran or the Palestinian conflict, represent the consensus of the country’s strategic command. They don’t.

Retired commanders speak out, often vehemently, but they’re regularly dismissed as disgruntled individuals rather than spokesmen for the security establishment. The extent to which their views represent Israeli consensus military doctrine is not widely understood.

On the other hand, the views of Israel’s intelligence and military are familiar to the Washington defense establishment. After decades of intimate military and intelligence cooperation at every level between the two allies, there are few surprises.

Netanyahu’s disagreement with his top brass over Iran strategy has been an open secret at least since January 2011 when he fired legendary Mossad director Meir Dagan. Ever since, Dagan has been accusing Netanyahu of recklessness for his military threats against Iran. Shin Bet director Yuval Diskin picked up the theme after he was cashiered in May 2011. He’s been even harsher than Dagan.

Dagan, Diskin and a slew of other security chiefs argue that if Israel attacked Iran’s nuclear installations by itself, it would set the Iranian nuclear effort back by a year or two at most. Iran could rebuild afterward with greater international sympathy, since it could claim it faced an active threat from the Middle East’s only nuclear power, Israel.

To be effective, the officials say, an attack would have to be led by the United States with European and Arab backing and followed by the imposition of a long-term, highly intrusive inspection regime to prevent rebuilding.

When Obama upgraded America’s participation in the P5+1 talks with Iran from passive observer to active participation, Israel’s political leadership was alarmed that Washington was legitimizing the terrorist regime by talking to it. But Israel’s generals were impressed. Russia and China were now taking the process more seriously and honoring the sanctions more closely. Iran’s economy tanked. The regime began looking for a way out.

Obama’s backchannel talks in 2013 led to the Joint Plan of Action that November. Iran agreed to suspend enrichment and enter stepped-up negotiations. Israel’s government was outraged, but its generals were delighted. Iran had been racing full-tilt toward a bomb through two decades of tough U.S.-Israeli posturing. Now, for the first time, it stopped.

What did Pardo tell the senators? Not much, Senator Lindsey Graham later told the Washington Post, except that “the Israelis thought that legislation calling for imposing new sanctions could hurt the negotiations.” That is, “the Israelis” didn’t agree with Netanyahu. The dispute wasn’t bilateral, but substate.

Thus began a virtual intifada of Israeli brass. Ex-military intelligence chief Yadlin, ex-IDF chief of staff Shaul Mofaz, ex-Mossad chief Efraim Halevy — all urged Netanyahu to calm down, work with Obama and improve the still-unfinished nuclear deal rather than fight it. Scuttling the deal wouldn’t lead to new sanctions and a better deal. Russia and China would bail, and Iran would have a bomb in months. A U.S. military attack would buy three years at most. The Lausanne deal buys a decade, perhaps two.

Finally, on April 14, Corker’s committee adopted a compromise bill — itself a rarity in Washington these days — that allows the negotiations to proceed. Pardo had managed to split the Netanyahu-Congress alliance and bring Corker to the Obama-Mossad side. Westphalia continued to crumble.

J.J. Goldberg is the Forward’s editor-at-large. He can be reached at [email protected]

On Iran, a Divide That Goes Beyond Bibi and Obama