Our Nepal ‘Home Away From Home’ Is In Ruins — Now, We Must Rebuild 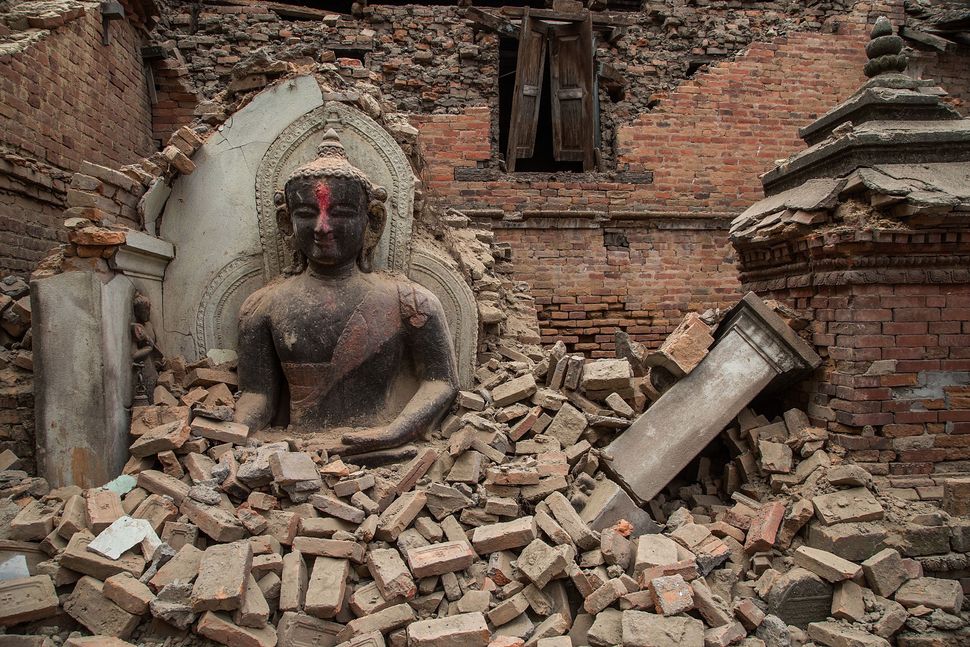 Over the past eight years, Tevel b’Tzedek has been working in Nepal, a very beautiful, very poor country snuggled—or thrust—between India and Tibet. Founded to create a Jewish platform to connect Israelis and Jews to the challenges of extreme poverty in the global south, Tevel now works in Burundi, Africa as well—but Nepal is our home away from home.

For much of the period that we have been there, Nepal has seemed one small step away from chaos. Maoist rebels, together with mainstream parties, wrested power from a venal royal family just before we arrived. Since then, the premiership has changed hands 11 times amid the shifts in political alliances, so that no government has really had time to affect policy changes. A new constitution, meant to be in place years ago, is still the subject of endless debate.

Crippling strikes have closed down Kathmandu on numerous occasions. Global climate change has wreaked havoc with the crops of small farmers, the majority of the population. An army of migrants—moving from remote villages to Kathmandu, to India, to the Gulf States—create fissures in families and populations.

Yet somehow, a barely audible melody of traditions and religions, an invisible thickness of cultures and norms, a deep knowledge of what it means to be part of a family (Nepal is composed of more than one hundred ethnic groups with their own languages) has held everything together.

Buddhist prayer flags flutter everywhere. Miniature Hindu Temples are hidden behind every corner, where women come at dawn to worship and bring blessing to their familes. Even amidst terrible poverty and after a decade of violent civil war (from 1996 to 2006), you can still walk most nights in Kathmandu with less fear than most other places. And no matter how poor, the children, teens and adults we work with are still devoid of cynicism, filled with creativity and hope.

That is why the earthquake that devastated Nepal is so frightening—killing thousands, and leaving hundreds of thousands homeless — and why it is so important to make sure that the aid offered to Nepal in this time of crisis is not only generous, but also precise, imbedded within the informal structures of community.

Right now an entire city is without ensured access to food and water. The government is weak and unsettled, and it is unclear to what extent it will be able to rise to the occasion.

Kathmandu has quadrupled in size over the past 25 years or so, and its infrastructure , not built for the size of its population, was already at the bursting point before the earthquake. The Nepali people are disciplined and used to suffering and uncertainty, but how long before the subtle human ties begin to fray? How long before panic sets in, tearing souls from the deep roots of their cultures and traditions?

From the very beginning of our Tevel’s tenure in Nepal, we have set sustainability, long term work that changes communities, as our lodestar. Localized disasters—flooding, avalanches, disease—are, unfortunately, common in Nepal. We have always shied away from disaster relief because poverty, here in Nepal as elsewhere in the global south, is itself a disaster. Although we recognized the value of disaster relief, the one off, quick in and out of such relief was the opposite of that to which we aspired.

The model we built is based on a 3-5 year presence in a village area, with our Nepali staff and partners in the lead, working intensively on agriculture, education, and the nurturing of local leadership that can continue after we are gone. We now have 40 international volunteers in the field—but more than 50 Nepali staff and volunteer fellows, and many hundreds of active members of women’s groups, farmers groups and youth groups.

We have succeeded in this model: we have been able, together with the people themselves to truly transform villages.

Especially one. The village of Samantar, home of the low caste, marginalized “Dunwar Rai”, who lived by fishing a river that no longer has fish, was the jewel in our crown. When we arrived, most of the population of the village survived by crushing stones for gravel by the river. The women were illiterate, and were not part of the community leadership. There were no toilets in the entire village, and many of the children went to school only sporadically.

We have changed all that. The village now makes a living selling vegetables commercially. The women are literate and active, a crucial part of the community leadership. The children are in school. Every home has a bio-gas toilet.

Or had. The entire village, near the epicenter of the quake, is now in ruins, the houses crumbled into dust. So are critical structures in the urban slum area that is the location of our longest lasting project—a community center for migrants from the remote villages to the big city. The disaster is too big to ignore. It threatens the very fabric of life in Nepal.

And yet hope is not lost. The depth of human capability and resourcefulness that we have already seen evidenced is still there. Solidarity between people is still holding strong for now.

This is the potential source of resilience in Kathmandu and Nepal. As the only Israeli or Jewish organization that has a long term presence in Nepal, it is our job to try to guide relief into the capillaries of the local communities, helping to rebuild from within. It is a great challenge, and we pray that we are up to the task.

Our Nepal ‘Home Away From Home’ Is In Ruins — Now, We Must Rebuild