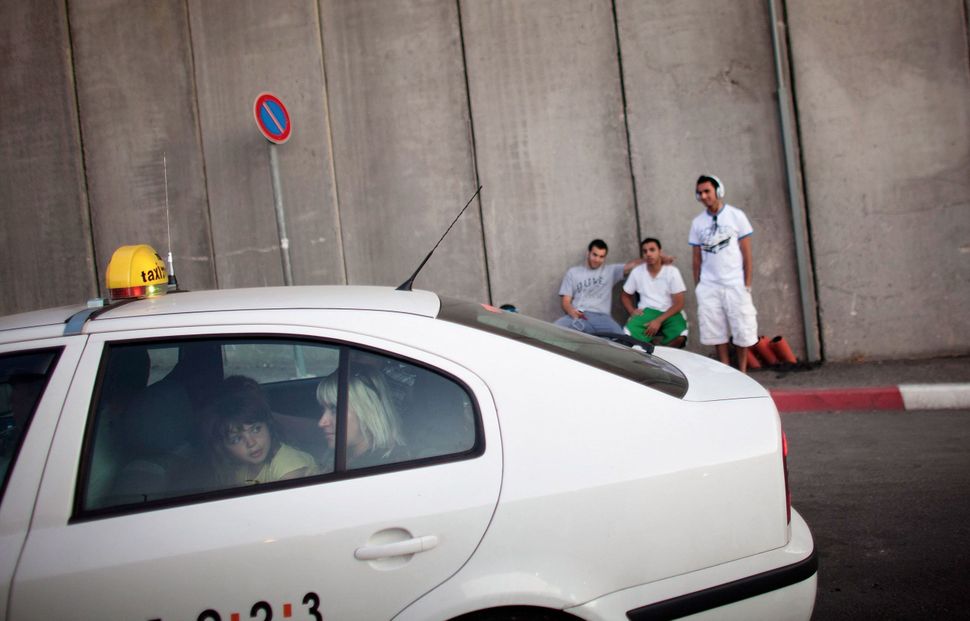 Have you ever thought about making demands about your taxi driver’s ethnicity or religion? “Hello, car service, I’d like my driver white and Christian, please?” No, you would never. Because that would be, well, racist, right?

Apparently, Cinema City — a movie theater complex in Jerusalem — was doing exactly that. For months. A bunch of notes and recorded phone calls all contain the following stipulation: We want a Jewish driver.

Cinema City was using a cab service, A. Mor Hasaot, to drive their employees to and from work, but when the Gaza war broke out, many employees said they didn’t feel safe using Arab cab drivers. When the cab driver in charge of the tender with Cinema City, an Arab Israeli citizen by the name of Thair Raga, attempted to resist the theater complex’s pressure for Jewish-only drivers, Cinema City officials threatened to fire A. Mor Hasaot. And eventually — they did.

A. Mor Hasaot aren’t the only ones on the receiving end of such racist demands. Another cab company, GetTaxi, has lately been getting some vitriolic comments about their Arab cab drivers. But GetTaxi, for one, did not succumb to these demands.

When a customer, Yael, wrote on their Facebook wall that she’s going to stop using their services because all of her recent drivers have been Arab, they replied with the following:

“As you know, there’s a law in the state of Israel that prohibits discriminating according to different parameters, including religion and ethnicity. We consider every driver as an individual and according to company values (reliability, good service, etc) and not according to ethnicity. Your statement is racist and out of place, and if this is what you think, you are more than welcome to forego our services. Especially in days like these we need to promote dialogue that’s patient and not racist. Shabbat shalom.”

Yael replies that she will not be the only one foregoing their services: “I’m sure there are plenty [of people] that make a reservation and see an Arab driver [so] they cancel, so don’t [expletive]. I’ve given up… Me and thousands more!!!”

The Facebook conversation was screen-capped and shared hundreds of times and got almost 5000 likes. The comments were mostly positive and many of the sharers said they would use GetTaxi’s services after seeing the way the company responded to the racist comment. It looks like standing up to racism might pay off, after all.

As nice as it would be to finish on that sweet note, it bears mentioning that it’s painful and problematic that in the Israel of 2015, actually following the law seems to be an issue of contention. And that not being racist is something that needs to be applauded, and not just an issue of basic human decency.