Who Gets To March in New York’s Celebrate Israel Parade? 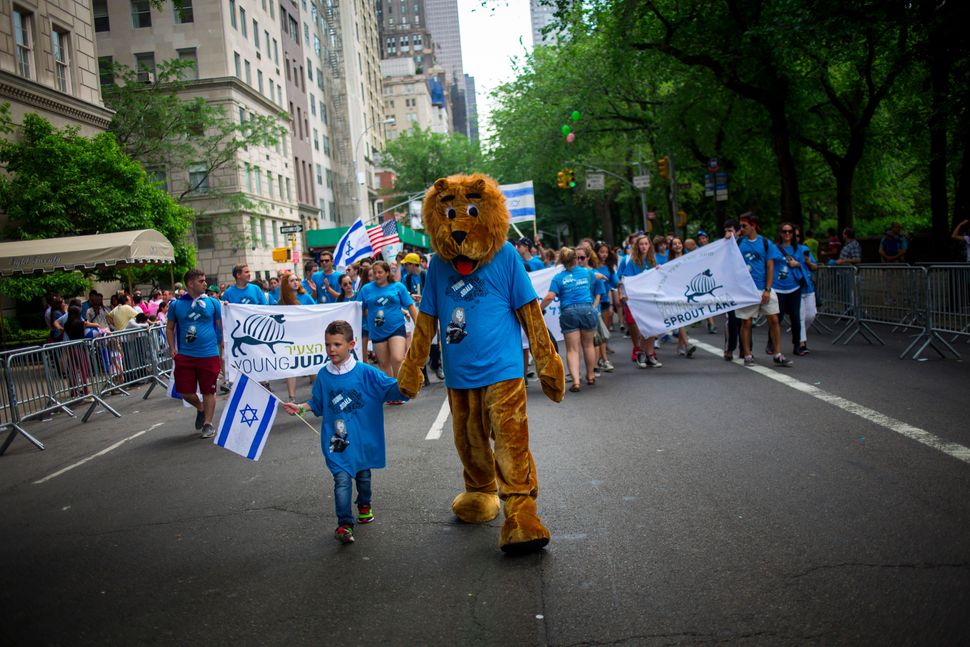 The organizers of New York’s Celebrate Israel parade say that it’s the largest gathering of its type on the planet. It attracts leading politicians like the Kiddush table attracts hungry Jews after Sabbath services. It commandeers famed Fifth Avenue for a mile, and the spillover events make Central Park feel as if it’s a synagogue backyard. Lately, it has drawn contention about who is allowed to march and who is not.

I stopped by yesterday to take a look. What I saw was a loud, raucous, colorful, diverse, sometimes silly, sometimes ridiculous and often joyful parade. Not a grand political statement. Just a parade.

If the proverbial visitor from another planet plopped down on 72nd Street and thought he was witnessing a microcosm of American Jews, he would have been badly mistaken. As has been the case for years, the parade is overrepresented by Orthodox Jews. Although they make up only about 10% of the national Jewish population, zillions of their children were dressed in color-coordinated T-shirts and were marching, dancing, swinging pompoms, banging tambourines, and holding placards and flags. They were obviously having fun while their parents alternately beamed or exhorted them to keep moving.

Most Orthodox schools require this attendance, which explains their disproportionate appearance at the parade. But the obvious enthusiasm can’t be mandated. This kind of public display of Israel affection is increasingly their domain.

But not entirely. Despite the noisy attempts by a handful of activists to block their participation, members of the New Israel Fund and other progressive organizations marched uptown holding small clutches of flowers, without incidence. “There is occasional heckling,” Rabbi David Rosenn, NIF’s executive vice president and a veteran of these parades, told me. “But people are by and large here to celebrate, and so are we.” 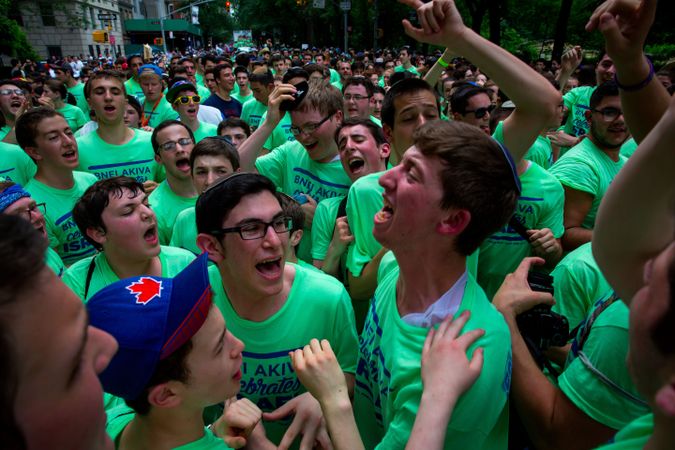 Every now and then an obviously commercial entry would march by — really, what’s The Cheese Guy doing here? — but mostly I saw schools, synagogues, federations, and activist and communal organizations braving the humidity in their matching attire. Some folks I spoke with said that the number of onlookers seemed fewer than in years past, but I couldn’t judge. The crowd was sparse in some places, thick in others, especially in the shady sidewalks near the park.

Certainly, the crowds were serious enough to attract the politicians. There was Gov. Andrew Cuomo, smartly dressed in a suit and blue tie, shiny and serene as he strode up the avenue. You could see his advance team at work: onlookers holding Cuomo signs; a loudspeaker on a truck, asking the crowds to “give it up for the governor,” and a clutch of marchers behind him, well placed for the cameras.

New York Senator Chuck Schumer, on the other hand, had just a few aides and a few Israeli flags and his own bullhorn, which he used to talk to the crowd, sometimes with a Hebrew phrase or two. He was racing to finish the parade in time to get to Washington for a vote on the Patriot Act, an aide told me. The ultimate multitasker. 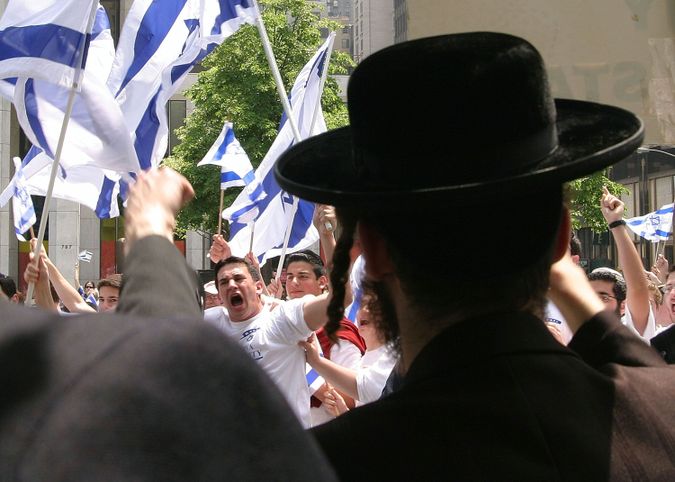 It wouldn’t be a Jewish event without an outlandish element — in this case, happily provided by Neturei Karta, the Haredi men who oppose the modern State of Israel, and who stood in front of the Plaza Hotel praying and moaning and trying hard not to look at the rest of us.

But my favorite were the people standing next to them, pushing their own scolding brand of extreme Orthodoxy.

And who was holding this admonition? An African-American woman wearing a blue dress and matching high-heel sandals — a dress, it should be noted, that was at her knee, not 4 inches below it.

I asked her about this apparent contradiction. She wouldn’t say a word, and pointed to a man nearby who was pushing a similarly ridiculous message. I felt sorry for her, actually, except that she was certainly being paid to do this. 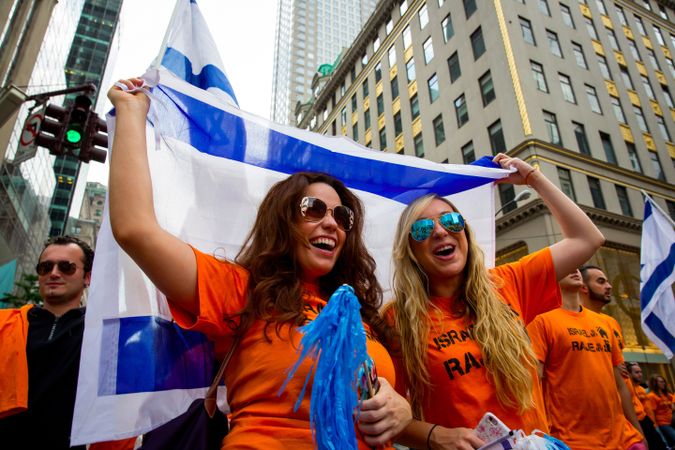 I asked the man in charge why the 4-inch rule didn’t apply to the woman. She’s a non-Jew, he told me.

And are you paying her?

“I’ll pay her in the next world,” he replied.

Who Gets To March in New York’s Celebrate Israel Parade?