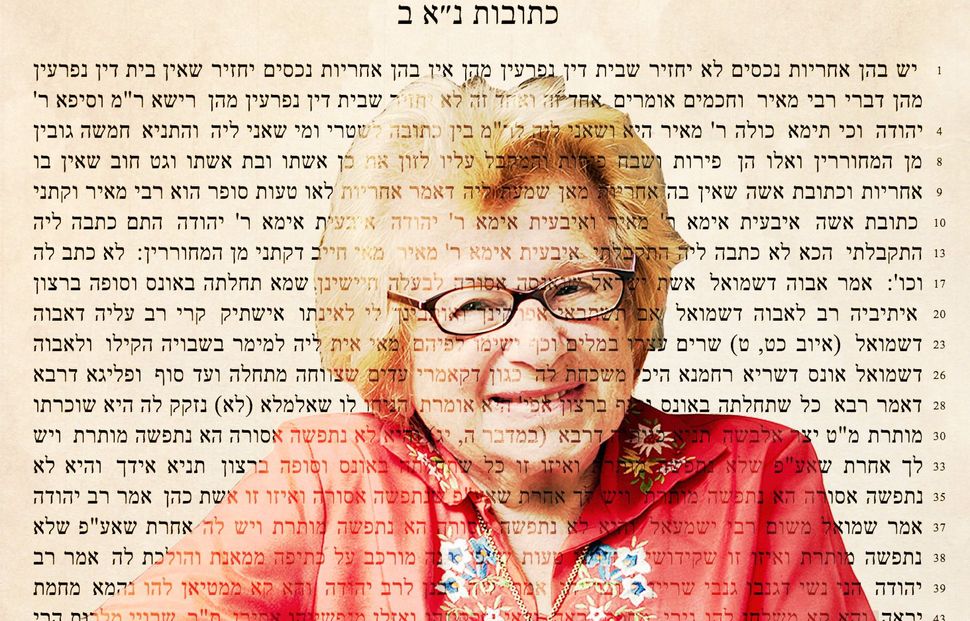 On Monday, Dr. Ruth Westheimer appeared on the “Diane Rehm Show” and made what have already become widely circulated remarks suggesting that, once a couple is naked and in bed together, consent is considered already granted and irrevocable:

“I am very worried about college campuses saying that a woman and a man… can be in bed together, Diane, and at one time, naked, and at one time he or she, most of the time they think she, can say ‘I changed my mind.’ No such thing is possible.”

There are a lot of things that are problematic about these statements. As the law stands now (in at least 48 states, as of 2009) it’s not true that choosing to be naked in bed with another person is tantamount to consenting to everything and anything that might happen in that bed, nor is it true that consent is considered irrevocable once given.

It’s also notable that Westheimer herself wrote, in 1994, “There is no such thing as a point of no return, a point at which one no longer has the right to decide what will be done to one’s body. ‘No’ means no.”

But where Dr. Ruth tries to use the Talmud to back her up? That’s where it gets interesting.

First of all, her so-called ‘Talmudic’ statement is actually a Yiddish saying: “Ven der Putz shtayt, der saychel gayt.” It has neither the connotations of holy text nor the power of a legal document. More than that, though, “when the male anatomy is aroused, the brain flies out of the head” is not a prescriptive statement. It’s not saying anything about what should happen, what it means a person should or should not do when the brain allegedly flies away somewhere else. It’s descriptive — it’s describing a thing that ostensibly happens. And certainly, from a perspective of Jewish law, it certainly does not mean that an aroused person is free to do whatever he pleases.

If Dr. Ruth is interested in what the (actual) Talmud says about consent, Ketubot 51b makes its position clear: “Raba laid down: Any woman against whom assault began under compulsion, even if it terminated with her consent,” is not considered to have committed adultery, but rather to have been raped. Even if she changes her mind partway through, she needs to have given consent for the entire sex act for it to have been considered consensual. Elsewhere (Ketubot 39a-b) the Talmud states, “One who is forced to intercourse cannot be compared to one who acts willingly,” even if the sex happened in what might seem to others to be a pleasant situation — in a luxurious bed, for example.

Perhaps most radical of all for its time, however, is Eruvin 100b: “Rami ben Hama citing Rav Assi ruled: A man is forbidden to compel his wife to the mitzvah of conjugal relations.” This is a strong and powerful statement; the presumption that marriage was, in itself, a blanket consent for any and every sex act prevailed in many places throughout history, including the United States until at least the 1970s. North Carolina and Oklahoma didn’t outlaw marital rape until 1993. In 5th century Babylonia, however, the rabbis said, quite clearly, that consent is required for sex every single time — even in a relationship that has embedded in it many presumptions about sexual obligation and rights.

Authoritative Jewish texts say a lot of things about gender, women, and sexuality that I find deeply troubling. But when it comes to the great non-negotiability of consent, the rabbis actually did a pretty good job. They weren’t perfect from my 21st-century feminist perspective, truth be told; there are a few places where they set up systems that perhaps complicated sexual motivations unnecessarily. But when it came to the actual facts on the ground about who was able to say yes and no, and what that meant? The rabbis were clear and direct and protective of potential victims in a way that many people weighing in on campus sexual assault today are not.

I’m grateful to all of the ways that Dr. Ruth has broken ground in our cultural conversation about sexuality, but she’s just plain wrong here — and wrong in a way that’s damaging to the larger discourse around sexual assault at a time when we desperately need survivors’ and potential survivors’ voices and interests to be taken seriously. Perhaps more Talmudic thinking would be useful for Westheimer herself, as well as the larger discourse around sexual assault today.

Rabbi Danya Ruttenberg’s books include The Passionate Torah: Sex and Judaism; Surprised By God: How I Learned to Stop Worrying and Love Religion; and a forthcoming book on parenting as a spiritual practice.