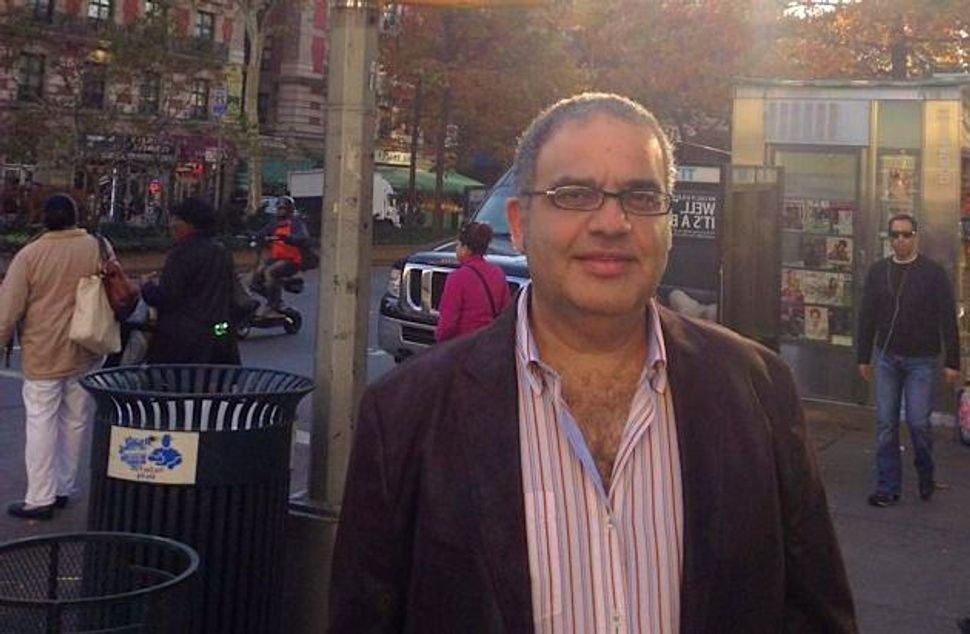 When I heard that an Israeli author living abroad — Ruby Namdar — had received the prestigious Sapir Prize for Hebrew literature this year, my first thought was “How dare we?”

Of course, my gut reaction of including myself in this group was preposterous, because I write in English and cannot claim membership in this club of Hebrew-language authors. But my sense that we, Israelis living abroad, should be excluded from Israeli-based prizes stemmed from my acceptance of the fact that each of us has made a decision to untie our daily existences and ultimately our fates from Israel.

We chose to feel Israel’s angst from the safest distance we could put between us. We chose to never suffer the daily aggravations that are an inevitable part of the package of living on the eastern shore of the Mediterranean basin. So how can we protest the Sapir Prize committee’s recent decision to reward in the future only authors living in Israel?

Unlike me, Hebrew-language authors living abroad are still deeply attached to the language. They live it, dream in it, and string their thoughts in it. Occasionally, they probably enrich the language by inventing new words that our lexicon lacks. Since there are relatively few people on this globe who speak and read modern Hebrew — let alone write books in it — should these authors be considered Israeli authors rather than simply Hebrew-language authors? Or are these two the same?

I am penning this opinion in my well-appointed New York office, where the radio is never tuned to the latest news about yet another rocket launch from Gaza; where my writing time is unencumbered by earthly demands because the phone company does not stiff me the way Orange and Cellcom do, and the express lane in the supermarket is used only by those with truly five items or less; where my car is reliable because no one here drives a 12-year-old car; and where the neighbors do not play the drums or empty their wash water on my drying laundry. It is where we, authors who live abroad, have tranquility and peace almost unknown to those who live in Israel.

In the decades since leaving Israel, some of my frequent visits coincided with election day. My friends urged me to vote, but I found it an immoral act: I had no right to dictate to others how they should live or who should be ruling them under what terms — and then get on the plane without having to live the consequences of my vote.

We novelists have chosen a tough occupation, or as many of us claim, fiction writing chose us. It’s a long and lonely journey, where a book-length project often leads to a dead end. The rewards of success are few, and rarely economically sufficient even for those who supposedly make it. A large cash prize is a fantastic temptation that would enable the recipient to focus on the next project.

But there is a price to pay for the peaceful existence that Israelis who’ve left must expect and accept. We have forgone the aspects of living in Israel that make it difficult, and it is hypocritical — perhaps immoral — to return there merely in order to claim the benefits that should be preserved for those who chose to stay.

I applaud the Sapir Prize committee that has decided to reward in the future only authors living in Israel. And those Hebrew-language authors living abroad that protest this decision only demonstrate that along with preserving the language they have also preserved their chutzpah.

Talia Carner’s fourth novel, HOTEL MOSCOW, was just released by HarperCollins. To learn about the author and the book, visit www.TaliaCarner.com.