The Wrong and Right Way to Beat BDS 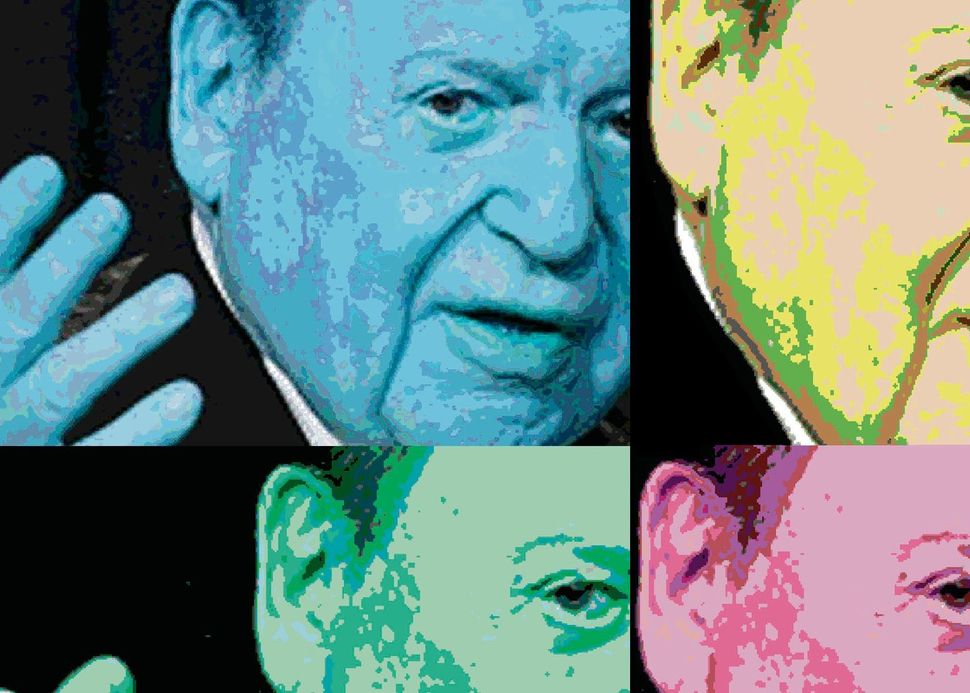 The movement to boycott, sanction and divest from Israel takes as its inspiration a statement issued in July 2005 by scores of Palestinian civil society groups, calling on their international supporters to adopt tactics similar to those used to mobilize worldwide action against South Africa’s apartheid regime.

Who could have predicted that only a decade later, BDS would become, in the eyes of some activists and politicians, one of the greatest threats to the State of Israel, a subject of prime ministerial warnings, intensive lobbying and now the target of a multi-million dollar campaign?

It sure started out slowly. In 2011, the first time the Forward surveyed the national campus scene, BDS activity was limited to a handful of colleges and universities. In no instance had BDS action led to a university divesting from any company.

That’s still true today. But the number of nonbinding divestment resolutions introduced, debated and voted upon has increased steadily. Eight colleges considered resolutions in the 2012–2013 academic year, according to the Anti-Defamation League. In the 2013-2014 academic year, it was up to 15. And five of those passed.

More dramatically, the campus discourse has changed. Even more progressive, less hysterical Jewish leaders intimately familiar with the nuances of American campus life will tell you that BDS can no longer be dismissed as the bogeyman of the paranoid. Its small number of supporters have not diverted a single dollar of investments, but they have coopted the language of human rights and tapped into a well of frustration with the 48-year occupation of Palestinians to target Israel and foment student discontent.

And now Sheldon Adelson — richest Jew on the planet, king of the Republican Party, scourge of liberals everywhere — has come to save the day.

There are others who agreed to donate to the new Campus Maccabees campaign to aggressively counter BDS, but this is Adelson’s initiative. The 50 groups invited to bid for financial support came to his hotel (The Venetian) in his city (Las Vegas) in early June. The only media outlet allowed to cover the summit was the newspaper he owns (Israel Hayom.)

What Adelson has done to campaign financing he is now doing to Israel activism: bypassing the established organizations, bestowing millions upon his favorites, and bending the communal agenda to fit his perspective and his will.

The Forward reported that Campus Maccabees — we won’t ask who came up with that name — may spend up to $50 million in two years. That’s about what the Metropolitan Council on Jewish Poverty spends in two years. Or the Simon Wiesenthal Center. Or the Jewish Federation of Greater Washington.

It’s conceivable that this large sum of money will be distributed wisely and independently, without regard to partisan politics, but that’s highly unlikely. Most of the groups invited to the summit lean to the right, a little or a lot, and many centrist and progressive organizations opted out or weren’t included at all.

It’s also conceivable that Campus Maccabees won’t reflect a top-down, heavy-handed, attack-and-counter-attack approach, but that, too, is unlikely — and not only because the effort will be led by Shmuley Boteach, a celebrity-seeking rabbi known for his combative, far-right politics. Even more critically, such an approach grossly misunderstands the audience that a successful anti-BDS campaign must reach and persuade: progressive Jews who are most likely to be captivated by BDS’s humanitarian appeal and more willing to view Israel as the aggressor in its decades-long conflict with the Palestinians.

This audience won’t be inclined to listen to groups funded by Adelson and his cohorts, who refuse to acknowledge that there even is an occupation, who sense anti-Semitism in their opponents’ every move.

A successful movement to counter BDS must be built into the organic nature of each college campus, led by students and not imposed on them, using their language and reference points, answering their legitimate concerns.

Some support BDS as a step toward eliminating the Jewish State of Israel entirely, and there is no reasoning with them. Their numbers are small but they make a lot of noise, and their true motives must be exposed and denounced.

Many others, however, see a consumer boycott or a divestment vote as a nonviolent response to an oppressive Israeli military presence. Dismissing that concern will only embolden it. Instead, anti-BDS efforts must work to broaden the narrow lens through which Israel is viewed, especially by minority students who have come to identify with Palestinians — but without holding them responsible for their role in the stalemate, too.

“We need to do a better job building relationships with non-Jewish students who are campus influentials – those who are involved in student government and various clubs on campus. That can only be done from one student to another,” Brian Cohen, executive director of Columbia/Barnard Hillel, told us.

In the end, countering BDS on campus is a task for the left wing, not the right. It speaks to the failure of progressive Zionists to enunciate a powerful alternative to the Netanyahu government, which resists acknowledging and resolving an occupation that is both immoral and harmful to Israel’s long-term survival.

It’s hard to see what sort of productive role Sheldon Adelson can play in that space. But there is something that he can do. He can call his friend Benjamin Netanyahu and remind the prime minister that it is in his power to resurrect genuine negotiations with the Palestinians, repair his frayed relationship with the Obama administration and rescue Israel from growing international isolation. That might, indeed, save the day.

The Wrong and Right Way to Beat BDS