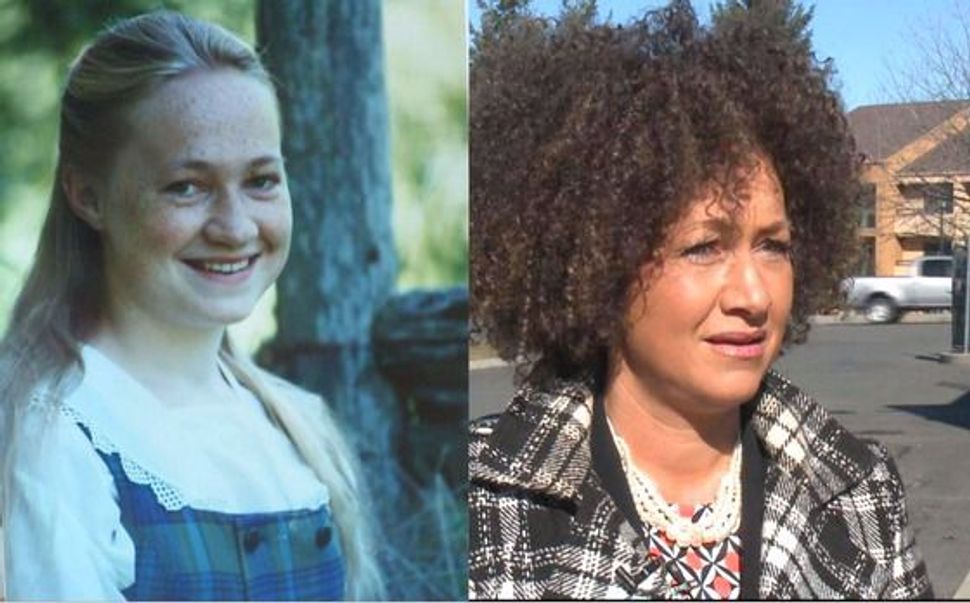 If we needed proof that there is no such thing as local news anymore, the case of Rachel Dolezal provided it. The story of a president of an NAACP chapter and African studies professor essentially building a career around a fabricated ethnic identity – telling the world she was of African-American heritage when she is, in fact, blonde, blue-eyed of Czech and German heritage, outed by the press and then her parents has grabbed headlines around the world.

Among Jews and Israelis, the story has sparked conversations and heated arguments across social media. It’s not surprising, especially after Nazi eugenics had such a shattering effect on their history, that Jews should be especially interested in this debate.

But even when you leave the Nazis out of it, the historic question of what precisely makes someone a Jew has always been a nagging question, and in Israel, “who is a Jew” is a sensitive political question that combines the dual hot-button issues of race and religion.

Is one’s Jewishness defined by genetics or faith? After all, one can be platinum-blond, blue-eyed and light-skinned born Jew or a convert who follows Orthodox Jewish law to the tee. It is equally possible to have a Jewish last name, very identifiable stereotypical physical Jewish features, and yet fail to identify as being “Jewish.” And who ultimately makes the final call? The individual themselves by self-identifying – or by being stamped “kosher” by a rabbi (and if so, by which rabbi?) or – is it the anti-Semites that decide who? The definition of a Jew permitted to immigrate under Israel’s Law of Return, after all, is based on Hitler’s Nuremberg laws.

In the United States, tension between blacks and Jews over the years has been in some cases attributable to the fact that, for the most part, Jews can so easily “pass” as white and benefit from “white privilege” – in some cases causing resentment when Jews define themselves as a minority that suffers from racism.

In the specific case of Dolezal, it was hard to ignore the fact that the combination of her European nose with her kinky hair that looks so much like a so-called “Jewfro” made her look as Jewish as black.

Physical similarity between Jews and very light-skinned blacks is nothing new. Philip Roth’s acclaimed novel “The Human Stain” is about a light-skinned professor who “passes” as a Jew for most of his life who is then, ironically, accused of racism. The late 1970s singer Phoebe Snow never disclaimed her whiteness or her Jewishness – and yet she was incessantly misidentified as being African-American.

Finally, in 2009, after Snow was lauded in New Jersey Magazine alongside “black music industry legends like Stevie Wonder, George Benson, and the Isley Brothers, as being one of Bergen County’s “black music-industry greats” she said it was the last straw and that she intended to do a mitochondrial DNA test to “settle it” and see if perhaps she had black ancestry. ”People have been asking me about this since I started in the recording industry,“ she said, despite the fact that she was always open about having been born Phoebe Ann Laub to white Jewish parents.

She told the New York Post that when she heard the magazine had dubbed her a New Jersey black music legend “I was peeing in my pants laughing. I was like, this is fantastic, to be in such great company.” There was never any evidence, however that Snow, who passed away in 2010 actually conducted the test and if so, what the results were.

Snow did make some contribution to the confusion by, like many Jews in show business, changing her name – if not her appearance. Hollywood – from its inception – has been full of Jews , some who have been willing to change their names, noses and hair in order to be stars. There are still plenty.

While rarer, the phenomenon of fake “wannabe Jews” is also not unheard of. In a piece on Dolezal in the Boston Globe, Michael Jeffries wrote that, “Scholars and cultural critics have long noted that because white culture is viewed as either nonexistent or boring, whites consume and adopt non-white styles and practices to build hip and exotic identities.” And for some, being Jewish has counted as “hip and exotic.” 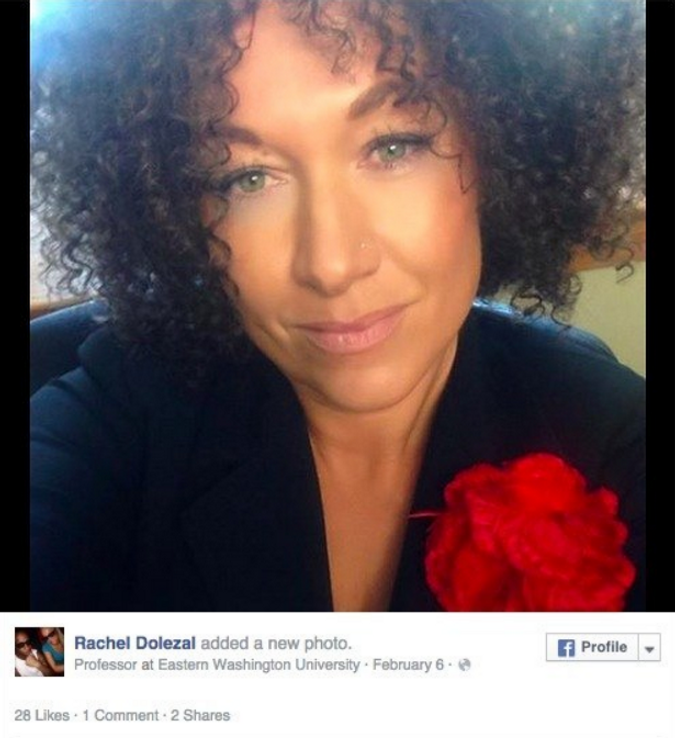 Even, it seems Dolezal herself. In a 2012 article written about her titled “A Radical Mongrel,” Dolezal included being Jewish in her racial mix. which caused the author to write: “Dolezal is a rainbow. African-American, Native American, German, Czech, Swedish, Jewish and Arabic, she is a poster child for diversity in all of its aspects. “I have been raped and abused, experienced domestic violence, hate crimes, abandonment and tragedy in various forms,” she says. “I am a fighter and survivor but I don’t just survive in order to exist. I strive to live life on my own creative terms, without fear, and with the greatest degree of freedom and love possible.”

That quote – together with the fact that Dolezal’s emphasis on racial attacks against her is reminiscent of the phenomenon of false Holocaust memoirs, some whose authors turned out to not even have been Jewish – is telling.

It’s a kind of racial Munchausen’s syndrome – instead of engendering sympathy and admiration by faking illness, some people work to feed their need for validation it by adapting an ethnic identity and a story of overcoming discrimination and oppression.

In both cases, the victims of their narcissistic exercise are, of course, those whose oppression and suffering has been no creative invention or imaginative construct, but all too real.