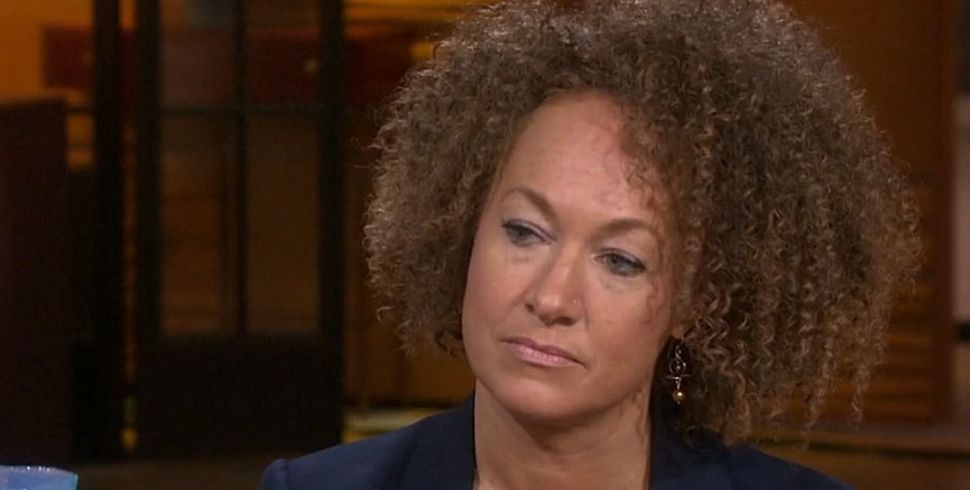 A few years after graduating from college, when I was living in the racially mixed Chicago suburb of Oak Park, I played pick-up basketball at the local YMCA. Among the regulars was another young white man, who habitually augmented his gym gear with knee-high tube socks striped with red, green and black, the colors of Africa. His final sartorial touch consisted of tucking a piece of Juicy Fruit gum in the band of each sock. On the court his game was all herky-jerky syncopation and trash talk. The goal of the entire effect, of course, was to simulate the black guys shooting hoops.

Then and now, I have no doubt the white player meant his performance as a sincere homage. In today’s parlance we might even say it was a superficial, albeit well-intentioned, effort to shed the visual evidence of white privilege. But I will never forget the Saturday afternoon when, as I unlaced my sneakers, I overheard several of the black players talking from a nearby bank of lockers. They were ridiculing the white boy, as I recall them pointedly calling him, for his hopeless, hapless mimicry.

This incident springs to mind in the wake of the Rachel Dolezal scandal. As most of us know by now, Dolezal resigned as president of the Spokane, Wash., chapter of the National Association for the Advancement of Colored People after her parents outed her as a Caucasian who adopted an African-American identity, skin tone and coiffure. Admittedly, it can be risky to draw broader lessons from someone as clearly disturbed as Dolezal. Like the journalistic fabulists Stephen Glass and Jayson Blair, she devoted infinitely more effort to sustaining a fiction than to living the facts. And before devoting herself to black causes in the NAACP, she was perfectly willing to play the white version of the race card — suing Howard University, a historically black school, for having discriminated against her as a graduate student for being Caucasian.

All that quirkiness and hypocrisy aside, Dolezal does illustrate something persistent and persistently sick in the white encounter with blackness. It is the inability to distinguish between imitation and influence, a profound misunderstanding of the difference between slumming and solidarity. In the weeks leading up to the exposure of Dolezal’s ruse, we have seen two other vivid examples. The star sociologist Alice Goffman has come under attack in academic circles for the admission, in her acclaimed book about young black men and the police in Philadelphia, that she drove a would-be murderer as he looked for the rival he intended to kill. The legendary singer-songwriter Joni Mitchell told an interviewer that, at points in her life, she “experienced being a black guy.”

These contemporary figures are heirs to a tradition that also includes the Greek-American blues bandleader Johnny Otis, who passed for black for most of his career; the author Norman Mailer, particularly in his notorious essay “The White Negro,” and all the Caucasian practitioners of blackface, including Al Jolson and Alvin Childress and Spencer Williams, the stars of “Amos & Andy.”

For all of them, blackness serves as a screen on which they project whatever they apparently feel is lacking in their white lives — soulfulness (Jolson and Otis), reckless sexuality (Mailer), good-spirited high jinks (“Amos & Andy”). The problem is that these compliments frequently take the form of reinforcing the hoariest of anti-black stereotypes. Most of Goffman’s book, “On the Run,” makes a compelling argument against the police tactics of the war on drugs, which has filled prisons with young black men. Yet she couldn’t resist proving her bona fides by playing the gangsta, or at least the gun moll. In Mitchell’s interview with New York magazine, she approvingly cited the cover of her album “Don Juan’s Reckless Daughter,” which features her incognito in blackface and Superfly drag.

How pathetic such people are, just like the suburban “wiggers” and the urban hipsters with their ratty dreadlocks. What gave Mitchell an affinity with black people was her appreciation of jazz, which allowed her to create some of her finest albums: an alloy of lyric folk-rock and sinuous jazz arrangements. That’s surely why Charles Mingus, Herbie Hancock and Wayne Shorter all collaborated with her; it was despite, and not because of, her embarrassing incarnation as a pimp.

You have to give Rachel Dolezal credit for this much: At least her notion of black identity emphasized history, art and political struggle rather than the self-destructive behaviors bequeathed by slavery and segregation, which cosseted whites seem to find so exciting from a safe distance. Lou Reed threw a well-aimed barb in that direction in his song, “I Wanna Be Black,” tossing out couplets like, “I wanna be a Panther / Have a girlfriend named Samantha.”

Yes, race is a biological lie. But in America it remains a social and historical reality, one that should not be subject to identity theft. Cultural mixing, with its two-way traffic, is one of the wonders of America; cultural appropriation moves in only one direction and winds up as bigotry, self-parody or both.

Nothing in the NAACP’s history suggests the slightest need for Dolezal’s fakery. From Joel Spingarn and Julius Rosenwald to Jack Greenberg, white people (many of them Jews) have played prominent roles in the NAACP. They did so without effacing their whiteness. The communion they made, the common cause, depended on being exactly the white people they were.

There is a community organizer whom I’ve known for about 25 years, named Arnie Graf. He is white and Jewish, and he has spent most of his working life building coalitions of African-American churches in places like Baltimore and Cleveland. He also happens to be the husband of a black woman and the father of biracial children. I called him the other day for his insights.

“Be yourself,” he said. “People think if they quote-unquote identify with the black person, that will show they really care, when actually, in my experience, it’s seen as foolish and insincere. I remember an African-American saying about an organizer who was affecting his idea of an inner-city accent: ‘Why are you talking like me? Be who you are and let us judge you for that.’”

Samuel G. Freedman, a regular contributor to the Forward, is the author of seven books, most recently “Breaking the Line: The Season in Black College Football That Transformed the Sport and Changed the Course of Civil Rights” (Simon & Schuster, 2013).