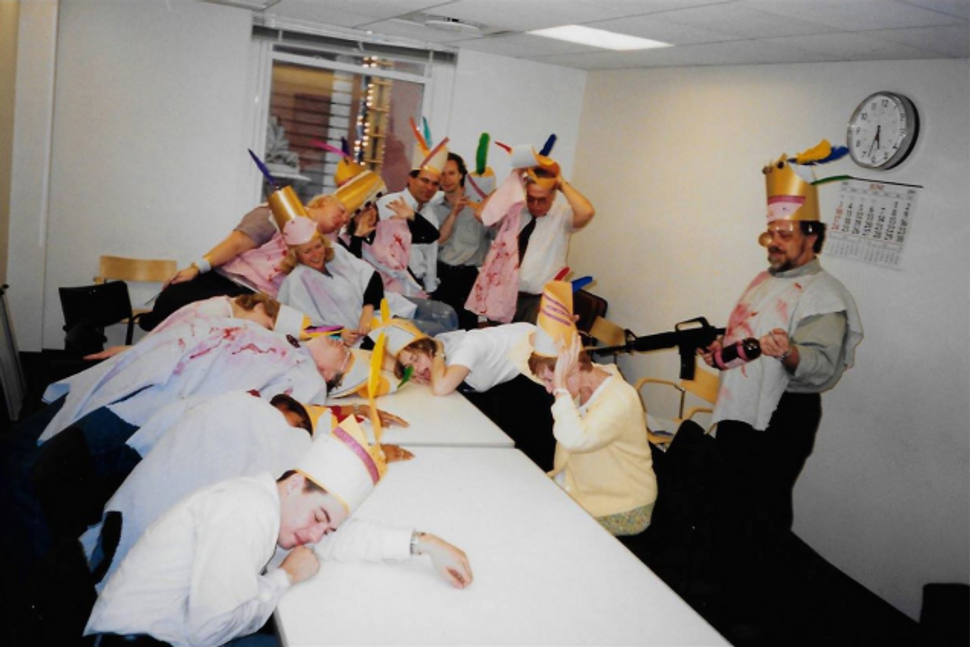 Wow. That’s pretty much the only word that came to mind upon seeing in their spare time.

The shock was quickly replaced with a sudden skin-crawly feeling.

The New York Times is famous for its reputation as the paper of record. Its tone is balanced and measured, its headlines filled with appeasing clauses. Nothing sensational — just the straight news.

And then this: a photograph obtained by Gawker from a Times alumni Facebook page, which depicts opinion editor Andrew Rosenthal posing with a toy M-16 and what I assume is some kind of parody of Nepalese royal dress, standing triumphantly over the listless bodies of his staffers, covered in fake blood.

The picture, Gawker reports, is “recreating the Nepalese royal massacre with the ‘dead and dying’ foreign desk.”

The scene is dated June 2001, which as Gawker points out, is the same month in which Nepal’s crown prince Dipendra shot 10 members of the royal family (including himself) with an M-16.

Other photographs obtained by Gawker show Bill Keller, the then head of the foreign desk who would become executive editor of the paper, presiding over the mock suicide of his employees, in a farce based on the Heaven’s Gates cult mass-suicide of 1997. 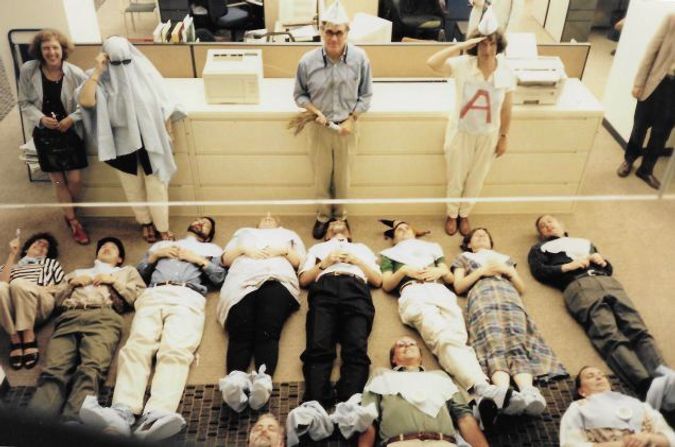 This all makes me angry, yes. But why?

Is it because of the still-fresh scenes of families mourning the victims of the Charleston shooting? Is it because of my own sensitivity to guns in a newsroom in the aftermath of Charlie Hebdo?

Or is it because it strikes a strange resemblance to old photographs of Nazis standing over the bodies of dead Jews in Ukraine?

How would Jewish readers feel, I wonder, if a newspaper chose to recreate the mass executions of Jews carried out by the Einsatzgruppen? Is one massacre worth more than another?

As someone who works in a newsroom, I can tell you: journalists aren’t always PC. In fact, many things that are casually called out when deadline is looming would make the average person cringe.

But there is a difference between that, and mocking a horrifying event in a way that requires elaborate planning. I mean, those paper hats aren’t sold at Wal-Mart — that sort of thing requires a supply trip, some glue and major arts and crafts skills.

Put another way: tossing out a Jewish joke here and there is not on par with declaring next Wednesday “Holocaust Pajama Day.” 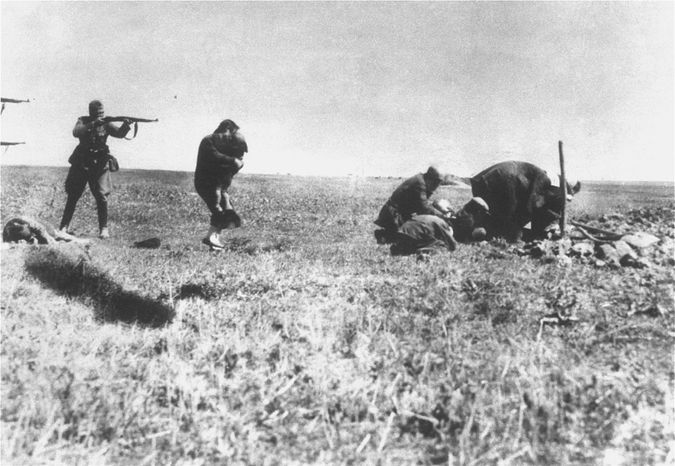 The remorse from the Times has been swift (from some). “These photos are in poor taste, not reflective of the values of The New York Times and deeply regrettable,” Arthur Sulzberger Jr. told Gawker in an email.

As I’m writing this, Andrew Rosenthal has yet to respond to Gawker’s request for comment. Bill Keller, on the other hand, replied, “This is what journalists did with their childish impulses before there was Gawker.”

While the zing to Gawker is applaud-worthy, Keller’s response, like the photos themselves, is in poor taste. Come on, New York Times; don’t make fun of bloody tragedies. Or, if you do, leave the camera at home.