I finished reading Mein Kampf by Adolf Hitler two days ago. As a Jew, I had wanted to understand why someone would want to destroy all that European Jews had worked so hard to build. But as I read, I could not help thinking instead about Dylann Roof, the white 21-year-old who killed nine black people in Charleston.

In Mein Kampf, published in 1925 and 1926, Hitler wrote about his belief that Jewish power threatened the dominance of the supreme culture-creating Germanic race — the Aryans. Realizing the frightening detail with which Hitler elaborated on this belief, and then acted on it, what struck me most was this: ideas matter. True believers like Hitler act on their ideas, and we will never be able to thwart their actions if we don’t first take those ideas very seriously.

More and more information is now coming out about the stated ideology of another true believer, Dylann Roof. In his manifesto, Roof explained his view of the various races. On black people, he wrote, “Segregation was not a bad thing. It was a defensive measure. Segregation did not exist to hold back negroes. It existed to protect us from them… It protected us from being brought down to their level. Integration has done nothing but bring Whites down to level of brute animals.”

Roof believed in the existence of a race war between blacks and whites. In his mind, by carrying out the murders he did, he was helping save the white race. Like Hitler, he was willing to give his life for the ideas in which he believed.

But one of Roof’s beliefs would have probably struck Hitler as heretical: “Unlike many White naitonalists, I am of the opinion that the majority of American and European jews are White. In my opinion the issues with jews is not their blood, but their identity. I think that if we could somehow destroy the jewish identity, then they wouldnt cause much of a problem.” 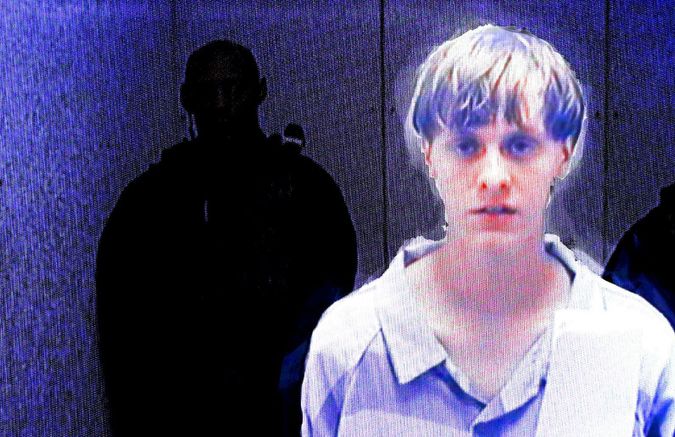 Hitler was unequivocal in his classification of Jews as non-Aryan, non-European Untermensch. Roof, on the other hand, considers Jews part of the majority white race in America. Such a sharp distinction between Roof and Hitler demonstrates how heterogeneous racism can be as an idea, how it morphs depending on time and place.

The reaction to Roof and other racists throughout history has been to call their ideas crazy, stupid, nonsensical, moronic. Instead, we need to study these ideas seriously. While what Roof did could have sparked a true discussion about racism in this country, many media outlets have decided to focus not on the idea of racism but on symbols of racism like the Confederate flag.

Flags and other symbols are just representations of ideas. It would be much more important to the growth of our society to discuss the ideas that racists espouse instead of pretending that this is a small problem where the majority non-racists can only gape in incredulity as these tragedies occur again and again.

In Mein Kampf, Hitler stressed the importance of symbolic propaganda. When he came to dictatorial power in 1933, he blanketed the cities of Germany with the swastika-centered Nazi flag, which Mein Kampf states is symbolic of the culture-creating spirit of the Aryan race. The Nazi Party also produced posters, cartoons, newspapers, and films like “Triumph of the Will” (1935), which were symbolic of the supremacy of the Aryan race. Underneath all the symbolism, though, were Hitler’s ideas. What might have happened if, instead of focusing on symbols, the world had grappled early on with the fact that in Mein Kampf lay the idea of the annexation of ethnic German land (Anschluss, 1938), the invasion of Slavic lands (Poland, 1939), and the expulsion or eradication of Jews (Holocaust)?

Racist men throughout history do not stand in a vacuum. Hitler’s ideas were not original. He was drawing on almost 150 years of pseudo-scientific and political racism from other racist thinkers like Richard Wagner, Houston Stewart Chamberlain, Karl Lueger, Georg Ritter von Schonerer, and Dietrich Eckart. He was not an idiot either. He could make references to the Battle of Thermopylae, could quote Schiller and Goethe with ease.

Roof does not seem to fall into the category of “educated racist,” but all of what he believes is unoriginal. It’s common knowledge now that the scientific basis behind the hierarchy of the races is junk science, but that fact is not enough to erase a long legacy of the idea of racism engrained in humanity. It’s time to stop dismissing racists as unimportant and to actually engage these ideas as a dangerous part of the human psyche. These ideas are more systemic than we care to admit. If we keep harping on ancillary issues like racist symbolism, people will continue to act violently on the idea of racism.