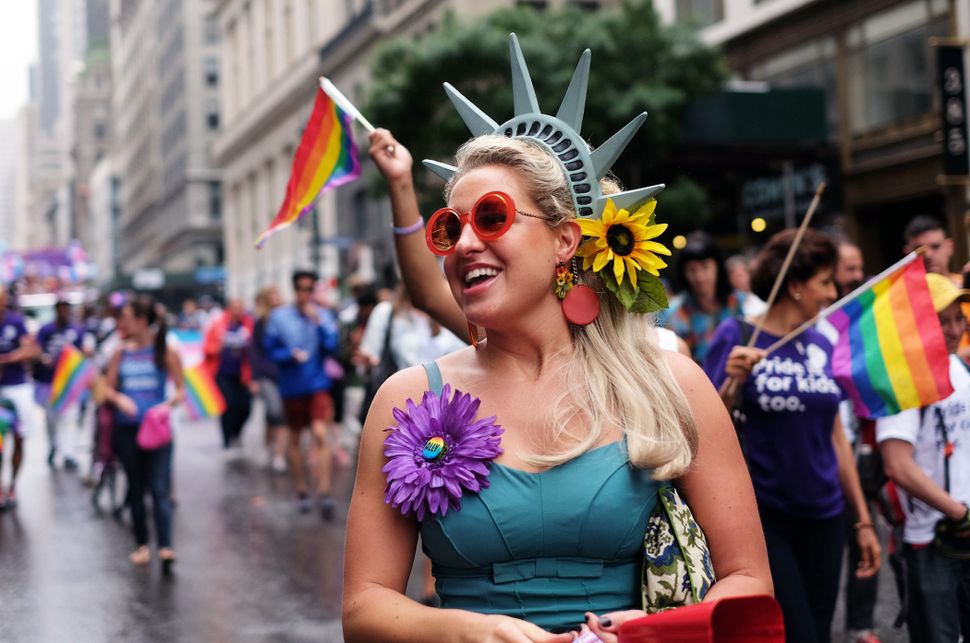 When the Supreme Court ruled in favor of legalizing same-sex marriage across the United States on Friday, I was quite happy. Though it’s hardly the end of the struggle to better the lives of queer people across the United States, that ruling was a pretty big step in the right direction. As I am a gay Jewish man, marriage personally means a lot to me in a community that still, by and large, uses marriage as a measure of adulthood and celebration of love. And as I’m an American, this ruling offered some solace from the recent massacre in Charleston and President Obama’s callous dismissal of Jennicet Gutiérrez’s . The U.S. I move back to in two weeks will be a slightly better place.

In a nostalgic mood, I began to look through some of the notes and ideas I had a few years ago, when I attended several large queer Jewish events. In them, I found an account of my frustrations with continued efforts by many organizations to market Israel as the queer Jewish paradise. “Israel is the true home of any queer Jew,” they seemed to say – and seemed to imply that Israel was a better place to be queer than the U.S., which it’s demonstrably not.

At the time, I was quite irritated: I lived in the U.S. and intended to stay there, and wanted to talk about what it means to be a queer Jew in the U.S. But I had another irritation with the rainbow hasbara and Israel-promotion that I could not voice – but the recent ruling, aided by three Jewish justices, gave me the words to say what I want to say.

America is the Jewish and queer space we want to build.

We often see discussions about how “pinkwashing” is used by the Israeli state and Israeli organizations to portray itself as a “light” in the region, to distract people from the other oppressions visited upon LGBTQ Palestinians or to deny their activism and work. But I think these efforts have another, far more successful effect on American Jews: they center queer American Jewish identity around Israel, and around the idea of Israel as the best place. Among Jews, I have personally seen far more romance for Tel Aviv Pride or Israeli nightclubs than I have ever seen for anything in the U.S. But most of us are far more likely to pursue our lives and our Judaism in America – which, in many respects, is a far more welcoming environment than Israel has ever been for LGBTQ individuals. 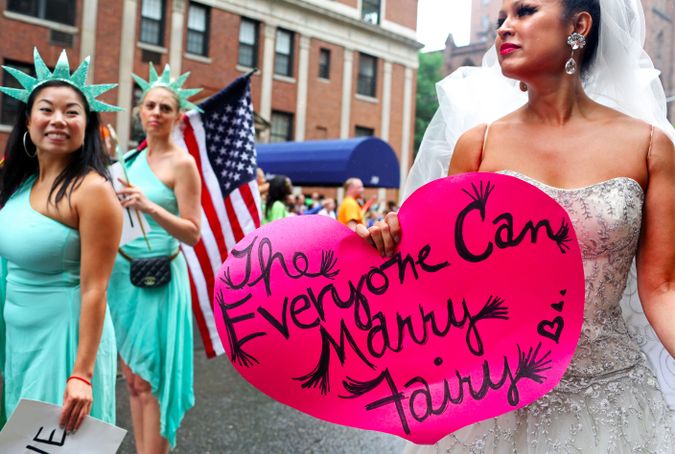 In fact, we have seen a lot more success in the U.S. for queer rights than we have in Israel. We can get married – something that Israel’s lack of civil marriage does not allow. We have a Jewish, religious infrastructure that is supportive of queer people in a way that far outpaces Israel’s. Conversion therapy was declared fraudulent in a New Jersey court last week and is commonly panned across the U.S. – but remains far too common in Israel. Finally, we have a far more tolerant society: survey data consistently confirms that Israeli society is far less tolerant of its queer citizens than other Western countries, and has been so for some years. Only 40% of Israelis think the queer community should be accepted; meanwhile, 77% of American Jews support gay marriage.

I do not think we need to look to Israel for our queer Jewish role models: they are in the United States, and the folks that continue to work hard for the betterment of queer people.

America is the Jewish and queer space we want to build. People are welcome to think Israel is awesome, but fundamentally most of us see our queer Jewish futures in the U.S. Most of us want to be accepted and loved in the country that we call home, not in a faraway place we visit but will likely never move to. As Yitzchak Francus reminded us last month, the task is yet unfinished – and it is perhaps because of this that so many Jewish Americans have become attached to the idea of Israel as a queer paradise. But we have so much to gain in the country that we call home. So let’s keep building the queer, Jewish America we want.