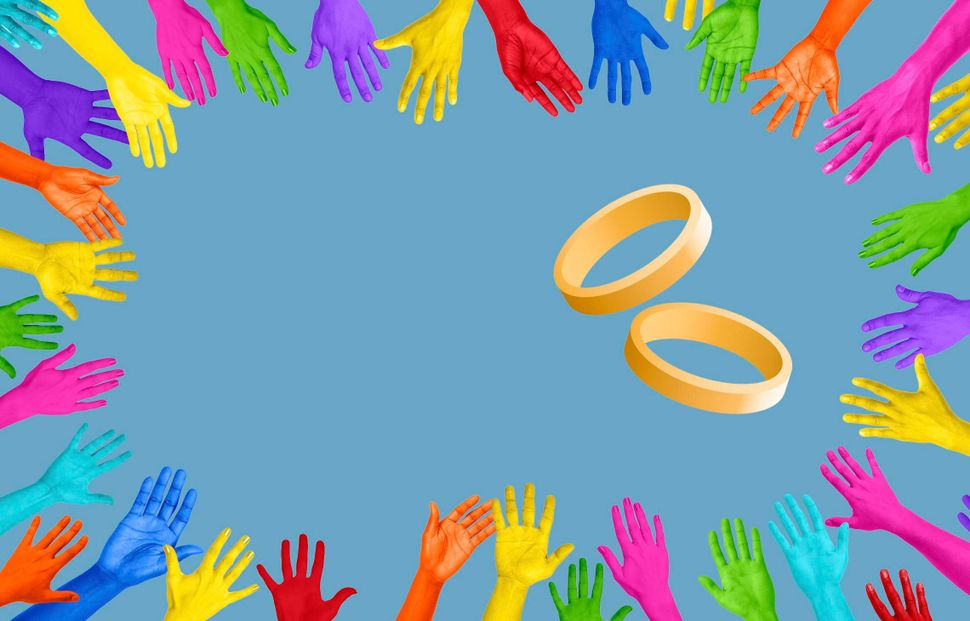 In the stirring words of his groundbreaking decision in Obergefell v. Hodges, U.S. Supreme Court Justice Anthony Kennedy not only affirmed the value of marriage between those of the same sex. He also wrote into the law journals and history books a rigorous, passionate argument for marriage, period.

“No union is more profound than marriage, for it embodies the highest ideals of love, fidelity, devotion, sacrifice and family,” he wrote. “In forming a marital union, two people become something greater than once they were.”

Something greater. If that is true for lesbians and gay men, why isn’t it true for the heterosexual majority? Yet the latest study from the Pew Research Center shows that fewer than half of American adults are married, a number that has declined by six points in just seven years, from 54% in 2007 to 48% in 2014. According to census data analyzed by The Washington Post, marriage rates are lower than at any time since 1870, including during the Great Depression, when massive unemployment and economic hardship deterred so many people from forming families.

That trend also drove down marriage’s appeal during the recent Great Recession, but even though the economy is returning to life in so many corners of the country, the rates continue to drop. We can’t simply blame it on divorce, either — the numbers show that divorce rates on a per capita basis are actually down from the swinging 1970s, 80s and 90s.

No, for too many there is something suspect, unattractive, unnecessary or unattainable about the institution of marriage in mainstream culture. Indeed, Pew reports that the share of Americans who have never been married is at an all-time high.

American Jews are not immune from these dramatic trend lines, of course. Our overall rates of marriage are only three points higher than average — 51% in Pew’s 2013 survey — nowhere near the popularity the institution enjoys among Mormons, but far higher than the dire rate among African-Americans.

But more and more American Jews identify with the growing cohort of the unaffiliated, and marriage rates in that group are at record lows — only 37% in 2014. The 2013 survey shows that Jewish attachment to marriage also varies greatly according to denomination, so that 69% of Orthodox Jews are married, while only 52% of Reform Jews are. The share drops to 43% for those with no denomination.

Can it be that gay Americans, denied the basic right to wed until now, recognize the value in marital union more than their straight brothers and sisters who take it all for granted? Is the institution desirable only in the breach?

It shouldn’t be. Marriage, Kennedy wrote, is a “keystone of our social order.” It has never been a static institution. Those who cry that the Supreme Court ruling violates the biblical Adam-and-Eve ideal conveniently forget the polygamous arrangements that course through Genesis, deemed illegal and immoral today. But if the mechanism, motivation and expectations for marriage have altered over the years, its capacity for providing social stability has remained.

That is because, as Kennedy eloquently noted, it is the best way to raise children — a traditional notion, really, which posits that despite the notable exceptions of awesome human beings raised by single parents, two parents committed to one another are still better than one.

“Without the recognition, stability and predictability marriage offers,” the justice wrote of same-sex couples, “their children suffer the stigma of knowing their families are somehow lesser. They also suffer the significant material costs of being raised by unmarried parents, relegated through no fault of their own to a more difficult and uncertain family life.”

Kennedy’s words are buttressed by an armful of data, showing that children raised in intact families are more likely to go to college, escape poverty, drug abuse and teen pregnancy, etc. Research also shows that the dramatic rise in single parenthood in the United States has contributed to the growth of income inequality.

So, thanks to the Obergefell decision, we are at an inflection point, a moment when those who want to strengthen marriage and those who want to liberalize it can and should join hands. Far from weakening marriage, extending its benefits to same-sex couples will add to its committed adherents and long-term prospects.

Recent analysis by W. Bradford Wilcox and Nicholas Zill suggests that intact families thrive in two different cultures: those with conservative values in which marriage and childrearing within marriage are the social and religious norms, and liberal ones emphasizing higher educational attainment, birth control, women’s empowerment and marriage at a later age.

What the marriage equality movement has taught us is that the liberal case for marriage is also a conservative one. The old generalizations we make about “family values” may provide useful sound bites for provocateurs, but they defy and misrepresent the new reality.

“The old form of marriage, based on outdated social rules and gender roles, is fading,” Richard V. Reeves wrote in a persuasive piece in The Atlantic last year. “A new version is emerging—egalitarian, committed, and focused on children….(The) future of marriage matters most for the individuals in the house that aren’t in the union: our children.”

This, then, should be our rallying cry, especially for American Jews who ascribe to the values of family, education and egalitarianism. We should promote policies to support parenthood and economic opportunity, particularly among the poor and least educated, where marriage rates are lowest. As Reeves wrote: “Against all predictions, educated Americans are rejuvenating marriage. We should be spreading their successes.”