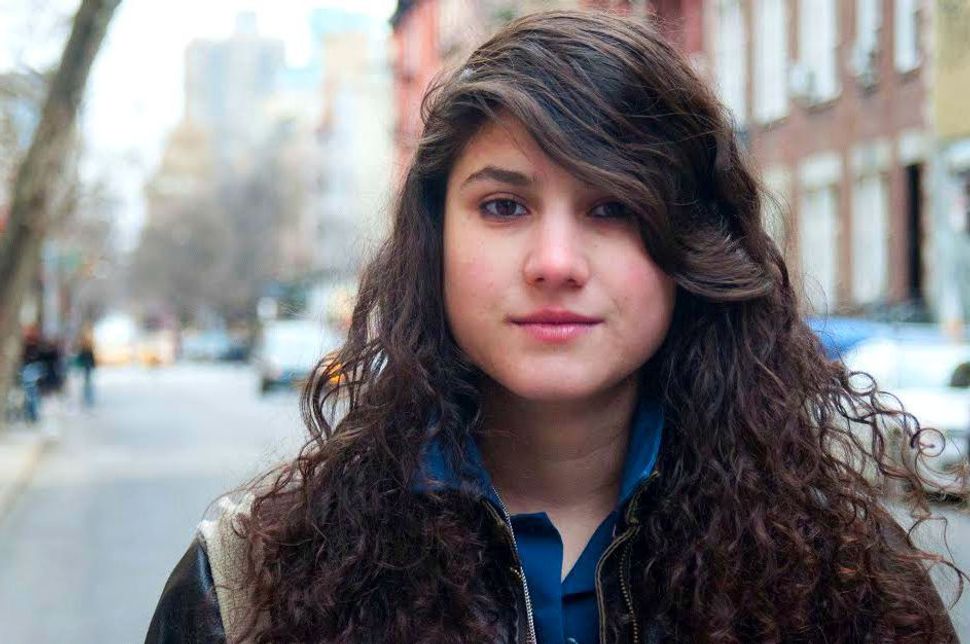 A few months ago, as I was chatting with a new friend, I found myself divulging my political ideological makeup. Inevitably, Arab-Israeli standpoints entered into the fray, and she asked me what my position was on the current climate in Israel.

“I’m a Zionist,” I told her without hesitation, and was met with what I’ve come to expect: something in between an abashed stare and a bitten tongue. I didn’t blame her. I am a young liberal who received her Masters degree with a concentration in postcolonial literature, a declared Frantz Fanon devotee, and a person who studied under Moustafa Bayoumi — the protege of the father of Orientalism, Edward Said. Coming from me, this answer must have sounded bizarre. But with this intellectual stamp on my metaphorical passport, the bizarre is where I thrive. It inescapably paves the way for an explanation.

To clarify: I am a Jewish American leftist who condemns the Netanyahu regime for its (which can be categorized as a symptom of settler colonialism, or, as scholar Lorenzo Veracini puts it, to “effectively repress, co-opt, and extinguish indigenous alterities, and productively manage ethnic diversity”). I am the first to point out that while Theodor Herzl was a major proponent of settler colonialism, the pollution of the terms “Zionist” and “Zionism” as corrupted by the regimes of Ariel Sharon and Netanyahu would make the de facto Father of Zionism roll in his grave. And both of these facts are the reasons why I believe, now more than ever, that it is vital for Jews who support a two-state solution to call themselves Zionists.

Earlier this month, Rabbi Brant Rosen, the co-chair of Jewish Voice for Peace’s Rabbinical Council, publicized the foundation of non-Zionist congregation Tzedek Chicago in the Windy City. Per Rosen, the mission of the non-denominational synagogue “draws…inspiration from Torah’s central story of liberation,” openly denouncing Israel’s actions against the Palestinian people. While I laud the formation of Tzedek Chicago as a unique voice within the religious sphere, I question its purposely sectarian move to qualify itself as non-Zionist.

In the purest form of the word, Zionism is a movement to reinstate Israel as a Jewish homeland, so Zionism and championing the innate rights of the Palestinian people are not inherently mutually exclusive. If non-Zionists and Zionists both have that particular endgame in mind, what is the point of creating a new lexicon of terminology for what is ultimately the same vision?

Whether or not we like to admit it, that is indeed what many Zionists and non-Zionists share: the same endgame. And while I do not find it hard to understand the movement of labeling declared Zionists “right-wing” or even “racist” — thanks, Balfour Declaration and internalized imperialism of the former British Empire! — it’s exactly what makes the reclamation of Zionism for the left-wing an all-encompassing requisite. As The Forward’s Lior Zaltzman put it:

I think a lot of us are at a crossroads, because when it comes to the Jewish state, we want a flawless and passionate marriage or a complete divorce. But if you ask me, we can talk about racism and occupation and still hold close a connection to Zionism as we see it.

If we declare ourselves Zionists, we open the floodgates for conversations like the one I mentioned above. In my homestead of Brooklyn, I’ve met a bevy of leftist Jews, both practicing and/or cultural, who shy away at the mention of the “Z-word,” but have a vision that is similar if not identical to mine. When I wear the “Z-word” on my sleeve, we end up talking about that.

By contrast, if we repudiate the term “Zionist” despite our shared beliefs, we repudiate not only the existence of our homeland, but the idea that we can find a two-state solution that champions Israeli-backed efforts to establish an infrastructure for Palestine, and that the solution itself is achievable.

My leftist reclamation of the term Zionist is analogous to the American mainstream’s adoption of the word “feminist.” A few scant years before Beyonce created a feminist album-anthem and websites like Jezebel or The Toast even existed, calling yourself a feminist was tantamount to declaring yourself a misandrist of the crudest sort — or, even worse, a cartoonish femi-nazi. With the ensuing trend of proclaiming your stance as an egalitarian feminist, the term was reintroduced into the mainstream, which gave way to reinserting it into popular discourse.

If we unify ourselves with our unabashed use of the label “Zionist,” we can achieve something similar.

So, let me introduce myself. My name is J.E. Reich. I am an ardent supporter of the institution of the State of Israel. I am an unapologetic advocate for the rights of the Palestinian people, and I believe that they should be granted a homeland, just as we were.

And, above all, I am a Zionist.