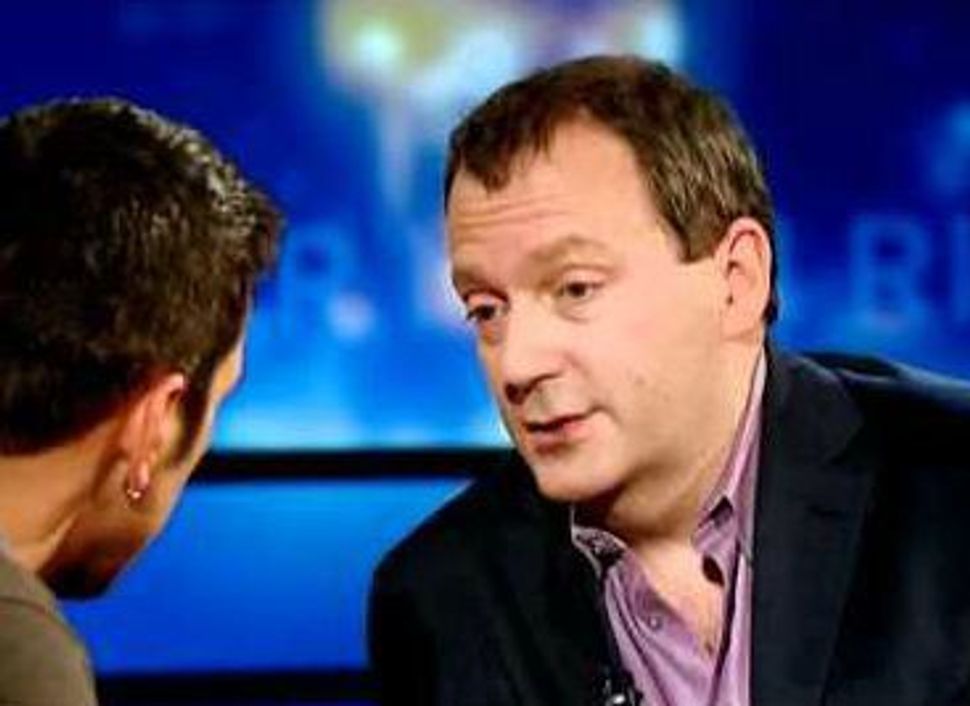 In Canada, the Richler name looms large. ’s work as a writer continues to captivate his country nearly 15 years after his death.

But Richler’s making it clear that he’s his own man. He’s running as a candidate with the New Democrats, the social-democratic party that’s becoming a powerful contender to the familiar Liberals and Conservatives. And in interviews, he’s taking on both of those parties with pointed rhetoric that signals he’ll make a formidable opponent.

Montreal-born Richler has also carved a distinguished career beyond family lore. At the BBC in London, he produced acclaimed radio documentaries; back in Canada, he wrote 2007’s award-winning This is My Country, What’s Yours? A Literary Atlas of Canada. These days, he’s a familiar presence in Canadian and British media, weighing in on politics and culture.

So why shake it up with a run for office? The Forward caught up with Richler in his Toronto neighborhood of Cabbagetown to find out. Though he declined to discuss his famous father, he had plenty to say about political drama in his homeland.

First of all, why are you running?

Nine years of Harper government has led to us losing our way. I want to help restore the Canada that I believe in and have worked towards all my life — a place of generosity and empathy.

Why align yourself with the NDP?

There is no party that exemplifies Canada’s diverse and inherently democratic nature, and corresponds to my hopeful vision of the country, better or more genuinely than the NDP.

The Conservative Party has betrayed even its followers — it is neither the custodian of a sound economy that it is supposed to be, nor is it an example of less government. It is intruding more egregiously with each passing day into our lives, with laws such as Bill C-51 [controversial new anti-terrorist legislation]. At no point has [NDP party leader] Tom Mulcair compromised the NDP’s integrity in the fight for a better Canada, as Trudeau and the Liberal Party have done several times already. And then, of course, the Liberals supported Bill C-51.

How are these the acts of integrity? The tactical decisions they have made should stand as a warning to anyone that believes the Liberal Party can be taken at its word.

Are you planning any special appeal to Jewish voters?

No. I have travelled and worked in both Israel and Palestine but it is my writing and advocacy here that should make it patently clear that not just stability, but a meaningful and prosperous peace in the region is the goal that Canadians should be working towards. We have the disposition and we have the experience. This is not a “special appeal,” it is vital common sense.

As the Forward reported, Liberal MP Irwin Cotler recently proposed that Canada designate November as Jewish Heritage Month; the Tories shot down the motion. Any opinion on that particular issue?

That the Canadian calendar would soon be very crowded. I’m much more interested in a splendid installation such as the Aga Khan Museum [of Islamic arts and culture] and its neighbouring Foundation, than I am in any culture claiming a portion of the year when the contribution and history of that part of Canadian society should be a constant in our minds anyway.

Did you share the decision to run with your mother and siblings before going public? What kinds of reactions did you get?

Surely, knowing what my own wife and two stepdaughters think is more germane. They are the ones that are to be affected, and they are for it. My stepdaughter living in London, England, took a break from watching Vasek Pospisil play at Wimbledon — patently more exciting — to tell me that she would be coming back to Toronto for the election. That was pleasing.

The Toronto Star called you “one of the first star candidates” that the NDP’s rolling out in the Greater Toronto Area. Any reaction to that?

None. The Star is a newspaper. The phrase is a headline. It’s flattering, I suppose, but up to me to make it true.

The Star also gave an account of your life, including some challenges you’ve faced [including addiction to, and recovery from, heroin]. If opponents bring up any of that during the race, how will you respond?