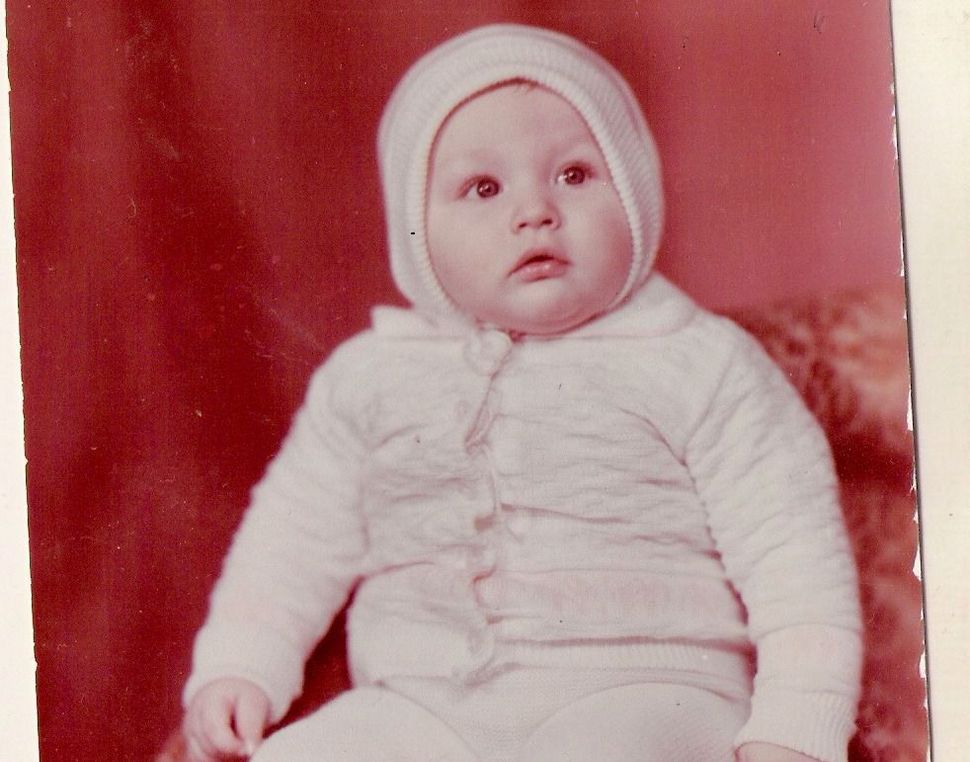 The author as a baby in Russia, probably not contemplating being an American Jew. Image by Courtesy of Vicki Boykis

In my family, we do Judaism like jazz does covers of popular songs — it only sometimes resembles the original. We celebrate Passover, but we always have fluffy Russian cakes because you can’t have a meal without a good dessert. We rarely light Shabbat candles, but when we do, we usually have a movie going on in the background. We have a mezuzah, but it’s probably not hung correctly.

As Russian immigrants to America, our Jewish identity is formed individually, outside of the established group structures of American Judaism. Neither my husband nor I had bar or bat mitzvahs. We never went to Hebrew school or Jewish day camps. I was never forced to take Hebrew classes (I came to the language on my own, not through the Torah, but through Israeli rap lyrics). Yet none of this has ever stopped us from feeling completely Jewish.

This is true even though Jews coming from Russia were assimilated into American Jewish culture by means of religion. And despite what the Pew Portrait of Jewish Americans survey says, American Jewish life is still largely religious life. Being Jewish in America, at least superficially, still means asking other Jews which synagogue they belong to, where they spent Passover last year, and whether their children will go to Israel for a bar mitzvah.

But since the 1930s, Russian Jews have not defined themselves in any of these ways, because the government didn’t let them. After the Soviet Union outlawed Judaism, being Jewish for most Russian-speaking families meant being defined by your Jewish last name, studying math or science, supporting Israel, and looking up to the achievements of other Russian Jews outside of religion, like Nobel Prize-winning physicist Lev Landau and painter Marc Chagall.

This definition of Jewishness often clashes with the American one, leaving Russian Jews feeling excluded and rootless.

Since my daughter was born, my mom has been encouraging me to make sure she has a good foothold in the American model of Jewishness, so that she fits in with other American Jewish kids. But babies don’t understand Hadag Nachash or Lev Landau. Babies understand routine, structure and ritual. So how will she learn what being American and Jewish is? By watching Prince of Egypt alone on YouTube, like I do every Passover? Or by attending services with a large, joyous group of people she’s known her whole life?

Spurred on by Jewish guilt, I went to four different synagogues to look at memberships. I wanted to see if there were other young families — hopefully also Russian speakers just as unsure in their new roles as guardians of ritual — to see if we could bond together in our religious clumsiness within the larger structure of a congregation. Unfortunately, no matter how welcoming the synagogues were, they all made me feel uncomfortable.

First, everyone already knows each other at a synagogue. If you are new, you are an outsider. I had to get an introduction from friends to several synagogues — I felt awkward approaching them on my own. And when I did, they automatically asked me if I had belonged to another congregation, what my affiliation was, whether I had been in BBYO, and what my Hebrew name was. Hey, I just got in the building, what’s the hurry? (No, no affiliation, no, and Vered, but only by accident.) 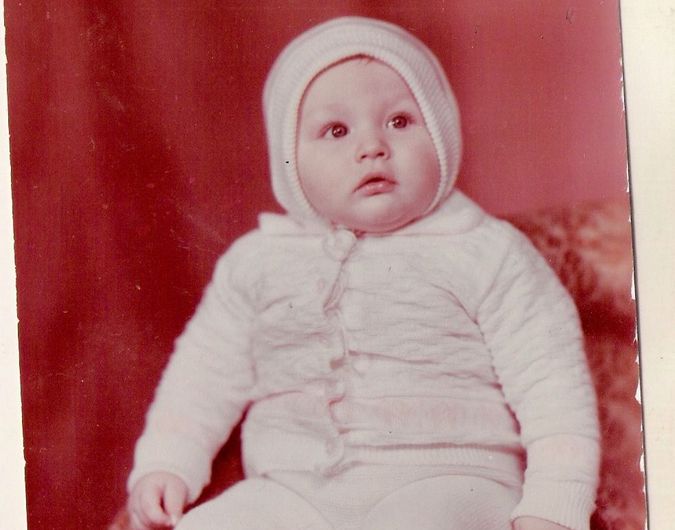 The author as a baby in Russia, probably not contemplating being an American Jew. Image by Courtesy of Vicki Boykis

All synagogues assume you already know everything: the songs, how services work, and all about the High Holidays. But my husband and I, as well as the rest of our extended family, have no idea about any of it. We need training wheels.

The other problem was that the synagogues in my area of the Philadelphia suburbs are, to put it delicately, full of people who are closer to their yahrzeit than their bar mitzvahs. In the second half of the 20th century, these suburbs had a rich Jewish community. But as the economy here declined and Jews moved away, the community stagnated. Today, every congregation I talk to is losing young families, and quickly. The number of families with babies my daughter’s age is very small.

Above all, my biggest hesitation in joining a synagogue is that I don’t want my daughter to forget what being a Russian Jew means. If she expresses the desire, I would love for her to join BBYO and go to Israel. But I would just as much love for her to travel the Trans-Siberian Railroad with me and be able to talk to the attendants on the train in Russian without hesitation. I would love for her to go to Hebrew school, but with the knowledge that she would be the first one in her family to do so since the 1920s, when the Soviet government closed down heders in most Jewish towns.

I want my daughter to understand that Pushkin is as much her culture as Sholom Aleichem’s Tevye, that she was named first in Russian before she received her Hebrew name, that there is a part of her that is different and distinctly not American and not American-Jewish.

I have no doubt my daughter will be great at English and American culture. I have big dreams for her. But I’m also worried about how she will reconcile all her different identities. I guess only time will tell. My baby’s Jewish, American and Russian story is just starting — as soon as she wakes up from her nap.