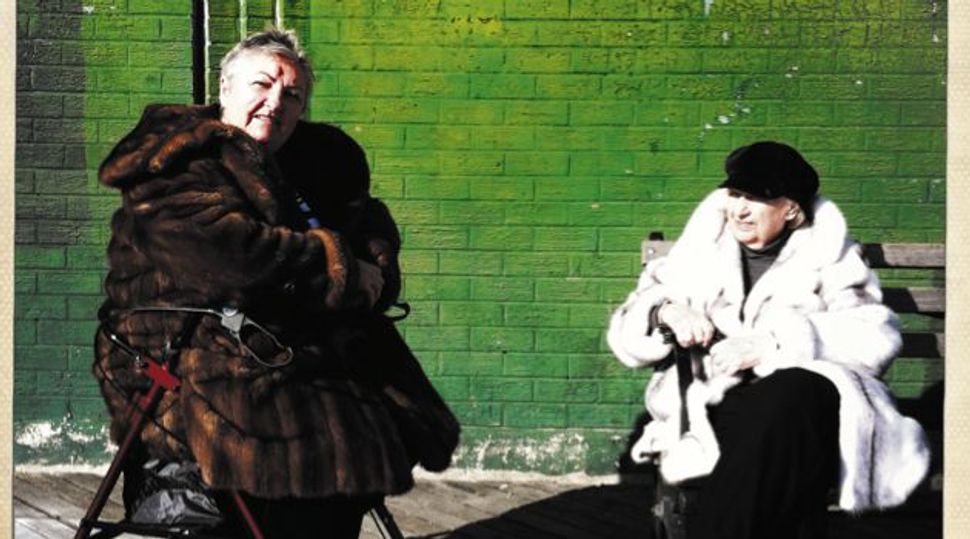 A black and white film. Moscow’s snow-covered streets. Lines of silenced Jews. Then: protests of Jewish youngsters shouting, “Let my people go.” Avital Sharansky appears, then the Jackson-Vanik amendment. Finally, the Berlin Wall falls, planeloads of Russian Jews arrive in Israel, a new era begins. “Because of us, the USSR fell apart,” activists say proudly. The screen goes dark as the crowd applauds.

I shift in my seat uncomfortably.

For decades, American Jews have been patting themselves on the back every time Soviet Jewry comes up. Some feel that Soviet Jewry’s freedom is American Jewry’s greatest accomplishment; others see it as repentance for ineffective action taken during the Holocaust.

But today, as we celebrate the 25th anniversary of the Soviet exodus, leaders wonder in the boardrooms of Jewish organizations: Why are Russian Jews ungrateful? Why don’t they get involved, donate to our causes, after all we’ve done? Why don’t we see more Russian speakers taking leadership positions, joining synagogues?

“Sergei Brin has only given a $1 million donation to HIAS,” one organization leader told me, referring to the group that helped Brin’s family when they came to the U.S. “That’s a fraction compared to the hundreds of millions he gives to general causes — why doesn’t he give more?”

If there is a Russian speaker sitting in one of these board meetings, he will explain, shyly, that we lack that culture of giving, that as products of the Soviet system we are not used to philanthropy, that we are uncomfortable in synagogues or other institutional settings and so on. “Be patient with us,” he will say.

This has been the conventional thinking, considering philanthropy as an illustrative example of committed community leadership.

But compare this with the actions of the Jews in the former Soviet Union, where I grew up. As the Soviet Jewry movement’s excitement wore off, with most Jews emigrating in the early 1990s, the Russian Jews who stayed behind had to rise to the occasion and take responsibility.

In 1996, the Russian Jewish Congress was founded by the newest class of Jewish wealth in Russia, to support Jewish education, culture, Holocaust museums, synagogues and community centers across the country. Then came Feor, Keroor, Genesis, Stemgi, Or Avner, and many other organizations, financed by overwhelmingly unaffiliated Jews who took communal leadership positions. Religious and secular alike, Russian Jews supported Israeli causes: mogul Leonid Nevzlin saved the Beit Hatefutsot, businessman Gennady Bogolyubov renovated the Western Wall, and business magnate Arcadi Gaydamak took the whole city of Sderot for a vacation in Eilat. The most recent example is the Genesis Philanthropy Group, a bunch of Russian-Jewish philanthropists who fund Russian Jewish projects worldwide, including a large donation to Brandeis University and the Genesis Prize.

These are just a few examples of Russian-Jewish philanthropy shaping the Jewish world today.

So why not in America? Why don’t Russian Jews show appreciation to a community that has done so much for them? Why don’t people like Sergei Brin, Max Levchin and Jan Koum align themselves with Jewish causes, like their counterparts who stayed and worked in Russia?

Maybe Russian Jews themselves do not differ — but attitudes towards them do.

In the FSU, they took responsibility. In the United States, though welcomed, Russian Jews were treated as the mitzvah project. 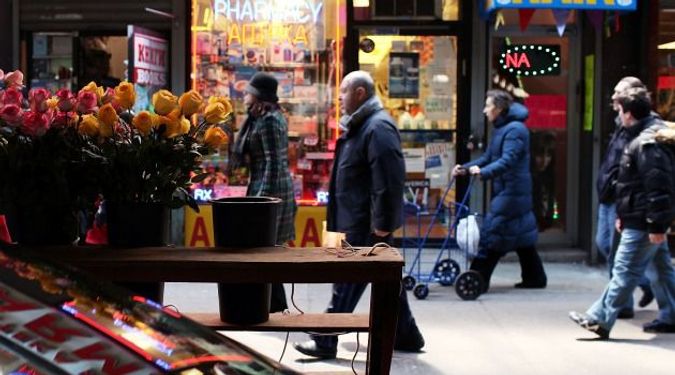 Russian shop signs are commonplace in Brighton Beach, Brooklyn, which is the epicenter of recent immigration from the former Soviet Union. Image by Getty Images

As a community activist and rabbi, I have seen too many Jewish organizations incessantly remind Russian Jews how much they’ve done, how many times they stood in the cold screaming “Let my people go,” how many letters were sent to politicians, how much money was raised to obtain matzo and gefilte fish.

It’s true, American Jewry. You have done powerful work on behalf of Soviet Jews. But you have to stop shoving it in their faces.

This problem exists across the board, in all denominations, federations and religious communities. At a recent COJECO symposium in New York for Russian-speaking Jewish outreach professionals, participants were asked how well the American Jewish establishment understands Russian-speaking Jewry. Strikingly, 56% said they understand a little, and 44% said not at all.

One of New York’s most prominent Jewish leaders once told me, nostalgically, “I remember demonstrating for Russian Jewry. It’s what built my Jewish identity. But what will be with my children? They don’t have this formative experience. What will keep them passionately Jewish?”

That’s when I realized that the Soviet Jewry movement has perhaps done more for American Jews than for the people on whose behalf they fought. It was American youths’ version of the IDF experience — defending their own, inspiring commitment and pride. Today’s American Jews lack a similar uniting cause, so instead they cling to the memory of those definitive decades.

But nostalgia should not come at the cost of Russian Jews today. The patronizing attitudes, from both Orthodox and secular Jewish organizations, federations and JCCs, must end. Russian-speaking Jews are thankful for all that American Jews have done, but they don’t want to be treated as adopted orphans.

When I started my job as assistant rabbi at the Upper East Side’s Park East Synagogue, senior rabbi Arthur Schneier, a great Soviet Jewry champion, sat me down in his office and explained that it is essential that we make Russian-speaking Jews feel at home in our community.

It’s time to change attitudes. It’s time to stop doing for Russian-speaking Jewry, and time to do with them. If the American Jewish establishment will treat Russian Jews as future leaders and not merely as the victims they once advocated for, Russian Jews will be just as anxious and hungry to lead the next generation of American Jewry into the 21st century.

Instead of “Let my people go,” it’s time to treat Russian Jews like equals and let them grow.