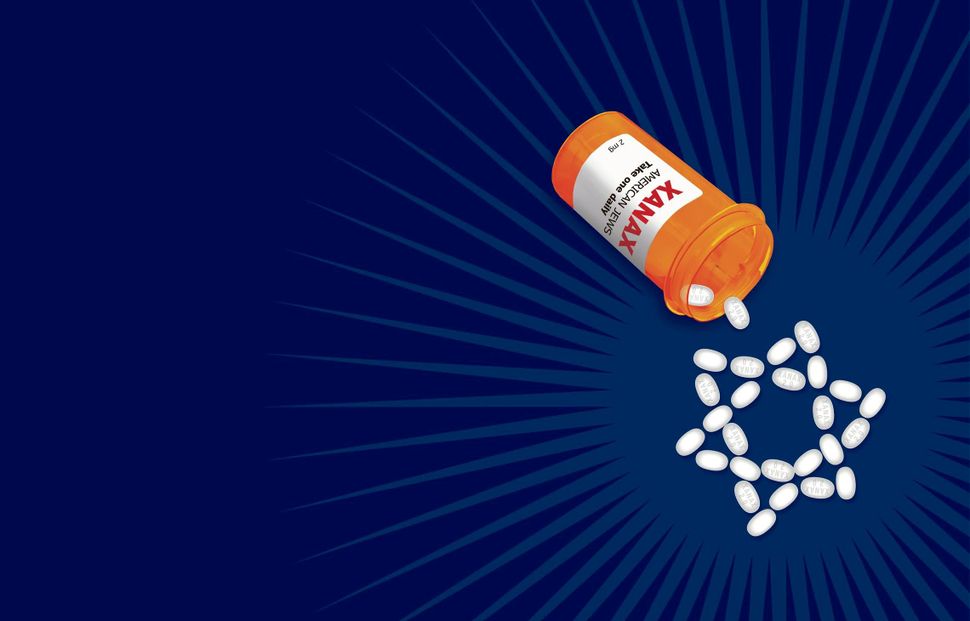 After Gal Beckerman diagnosed in his final column as opinion editor, we invited Forward readers to prescribe solutions. Here are seven of your responses, edited for style and length.

1) Kill the Idea of “Authenticity”

On Beckerman’s reading, we have [American Jewish] humiliation on the one hand and [Israeli] narcissism on the other. Is it not the case that both poles express the same thing — a fractured personality responding to its disintegration with the alternatives of retreat or overcompensation?

If this is the case, we should inquire into the nature of this fractured self rather than critique its dual expression. In my opinion, the fractured self is first and foremost divided along the fault line of authenticity. It is tempting to imagine that there is an “authentic” self and, by extension, an inauthentic or fake self.

But the real challenge does not lie in the search for an answer to the question of “authentic” Jewish identity. It lies in admitting that the question itself is both vapid and counterproductive, that it does not articulate a crisis but engenders one by establishing an artificial boundary between the “authentic” and the “inauthentic.”

2) Don’t Be Afraid To Cherry-Pick

As you would with any other portion of your identity, pick and choose the parts of Judaism that feel right and true. And then, live them. Turn anxiety into action.

For me that includes learning Yiddish so I can sing it, and fighting along with my Jewish, Palestinian and other comrades for a just and peaceful Holy Land.

I belong to a free-form Jewish community group that combines Jewish ritual with whatever else works for us. That includes music, food, caring for each other and accepting each other for what we are and for what we continue to become.

There is so much richness in being Jewish and in sharing that with the world around you, that there is no time for angst.

Despite our thousands of years of history and greatness, Jews don’t know who they are. Jews don’t know their heritage. They have no foundation and that is why they have a high intermarriage rate and conversion rate. Being a “food Jew” does not guarantee our continuation, which is certainly in jeopardy by our own hands and existentially by our enemies.

4) Look to the Artists

Times are changing, slowly. A few exhibitions, including the new Jerusalem Biennial, are taking Judaism — as a religion — seriously. Yet there is a steep hill to climb. Beckerman bemoaned “a lack of self-confidence and, perhaps even scarier, a lack of material with which to build a more confident identity.” These artists and critics do not lack confidence. They lack the confident audience that is not challenged by what they do not know.

5) Maintain Your Balance, Even If It Means Not Fitting In

As a teenager, I have been exposed to different types of Jewish teens who are hyper-aware of themselves, have become overly conscious of their Jewishness, and have chosen to deal with it in the way that helps them “fit in” best. They live on a balance beam of Judaism, unsure how to make it to the other end without falling into the large pot of assimilation below.

To make it across the beam, the gymnast-Jew must have trained herself in the art of concentration and strength. And teenagers are rarely known for being paragons of either trait. We want to be open-minded, so let’s be Reconstructionist! But wait, everyone loves the tradition in Orthodoxy, let’s do that! Or maybe Conservative, because we can totally have a balance of the two? But no, that totally supports the patriarchy!

Teenage Jews want to fit into so many categories at once, and in their search for Jewish identity, are at a loss for meaning. They want too badly to fit into the world around them, and are filled with anxiety at the consequences of not doing so. They sacrifice Jewish identity in order to create a perfect teenage one.

Beckerman consistently presumes that certainty is preferable to ambiguity when it comes to constructing identity. But rather than seeking solace in easy resolutions of intractable problems, American Jews should question overly stable constructions of identity by confronting the messy reality of the world.

We American Jews inhabit a uniquely equivocal, almost paradoxical, moment in Jewish history. We are, historically, the most hunted Others of Western civilization, and we are also, overwhelmingly though by no means exclusively, white folks, implicated in our nation’s systematic destruction of black bodies. Between victim and conqueror, between persecuted and privileged, American Jews navigate a historical terrain shot through with tensions.

After Ferguson, many of us wonder whether the narrative we were given about America as a land of opportunity wasn’t just a tall tale. After Gaza, many of us doubt that Israel is the peace-loving, liberal site of Jewish redemption we were led to believe it was. But if that’s the case, it can only be for the good. Articulating an American Jewish identity that is strong at the price of remaining untroubled by the pernicious legacies in which we are intertwined is tantamount to complicity. If being disturbed by the cries of pain that emerge from the underside of our histories makes us anxious, then it is better to remain anxious.

7) Remember We’re All in This Together

The unease that you speak of is not just for Jews who don’t know what it means to be a Jew. Practically everyone I know who is not fundamentalist and who is growing and learning has gone through intense questioning of their original religion and tribe. This isn’t a Jewish phenomenon. It’s a human phenomenon that is due to the era we are living in.

We are evolving with the rest of the planet into the unknown. My Jewish identity is more confident than ever — I think we can evolve into anything.