Don’t Buy the Story Iran’s Government Is Selling You 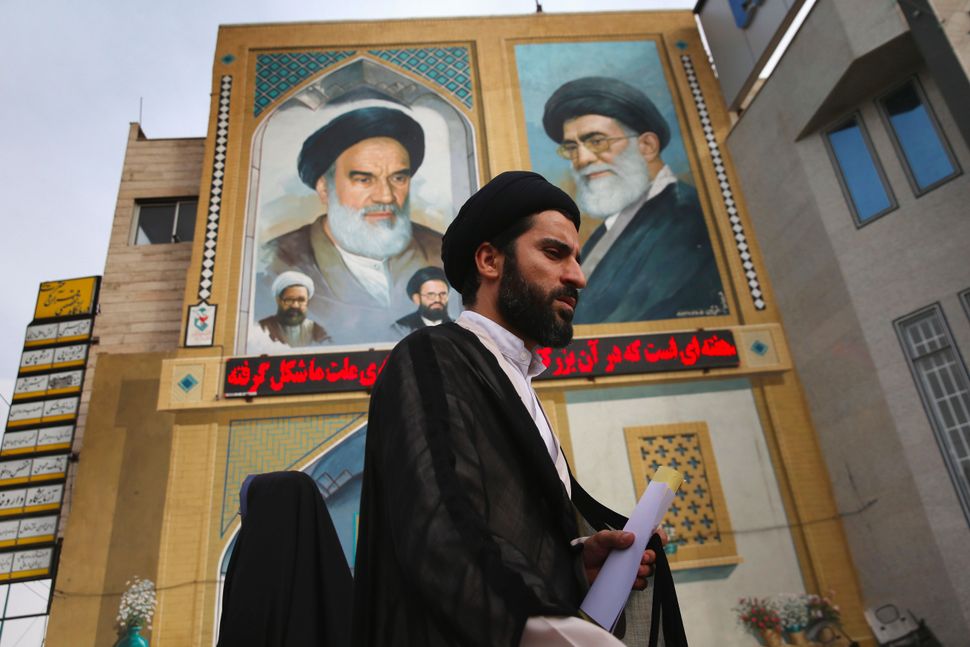 I have no doubt that the Forward’s Larry Cohler-Esses has . The trouble is, he seems to have seen and learned only a sliver of a vastly more nuanced and tangled reality. As a result, he ends up reinforcing some half-truths, served up by the regime to well-meaning foreign media, which they take up and disseminate as fresh discoveries.

So the mullahs Cohler-Esses interviewed expressed varying degrees of animus toward Israel; some even allowed that the country should be permitted to stay on the map if it stopped behaving badly.

So Iranian President Rouhani’s new government is much less hard-line and anti-Western than former president Ahmadinejad’s.

So ordinary Iranians have no dislike for the United States; some don’t even especially dislike Israel.

When placed in historical and logical context, these findings quickly change in significance.

First, the mullahs have a long history of saying, in the short term, what they know people want to hear. In fact, however, they have been steadfast in their beliefs and very predictable in their practices. During the Islamic Revolution, Khomeini declared that the clergy had no interest in governing Iran; that in an Islamic Iran, women would have equal rights with men; that the people would be free to criticize their Islamic government. All this was in direct contradiction to his previous writings and speeches, as well as to the mullahs’ historic stance on the subject. We know which side prevailed.

Today, anyone tempted to believe what the mullahs say, or allow a foreign reporter to hear, about Israel, the United States, or Iran’s nuclear capabilities, would be well advised to — at least — equally believe what they’ve said on these subjects in the past.

For as long as they’ve been in Iran — that is, for over 700 years — Shia clergy have used Jews, and the many “dangers” their existence posed to good Muslim men and women, as a rallying cry to gather around and fire up private armies of believers. The mullahs used these armies to intimidate and disempower ruling monarchs. In the process, they exerted extreme brutality, including massacres, against the Jews. Khomeini just replaced the word “Jewish” with “Zionist,” but the purpose remains the same.

Finally, it’s important to remember that the vast majority of the Iranian people are still, today, deeply religious and fervently Shia. They may criticize one government or mullah; they may even call for its replacement by another, less exigent regime. But their hearts and minds remain faithful to the belief that Shia clergy have a divine mandate to rule, and that they receive their orders, nightly, as they sleep, from God Himself. Dissatisfaction with the state of the economy or Iran’s place among nations does not translate into a willingness, on the part of the majority, to radically part with either the mullahs or their long-term goals.

The regime is aware of this, or it wouldn’t have allowed Rouhani to stand as a candidate during the last elections or to carry out his promised reforms since becoming president. What the West needs to understand is that Rouhani, with his mullah’s turban and cloak, is still a mullah. And that he is still beholden, for his position, to more extreme mullahs. “Reform,” in other words, is a pressure valve the regime has used from time to time just to secure its own survival.

The last time the United States, Western powers and Iranian activists chose to believe in the possibility of a new and improved Shia clergy was in 1979. Then, as now, those of us religious minorities who had been on the receiving end of the mullahs’ eternal drive for greater dominance understood that the more things change, the more the mullahs stay the same.

Gina Nahai is an award-winning Iranian-American author and columnist in Los Angeles. Her latest novel is “The Luminous Heart of Jonah S.”

Don’t Buy the Story Iran’s Government Is Selling You