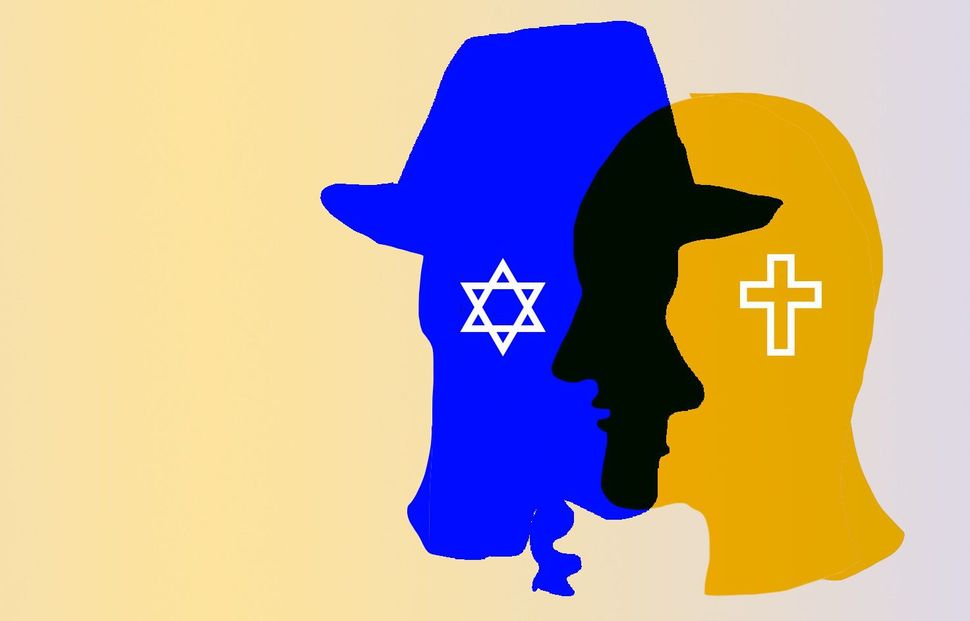 Sixty years ago, a Jewish intellectual named Will Herberg published a book that jolted the way Americans thought about their religious landscape. The title of his book, if not his musty thesis, could describe a new American religious alignment that presents serious challenges for progressive Jews and Judaism today.

“Protestant-Catholic-Jew: An Essay in American Religious Sociology” boldly asserted that the three Abrahamic religious denominations — Islam wasn’t really considered in midcentury academia — served as seminal and separate markers of national identity. Reviewing the book in The New York Times Book Review, Reinhold Niebuhr wrote that “most telling is [Herberg’s] thesis that America is not so much a melting pot as three fairly separate melting pots.” While ethnic and class identities had fallen away, Herberg argued, religious divisions among Protestants, Catholics and Jews had not, and these three camps shaped nearly every facet of midcentury American society.

Many Jews embraced Herberg’s thesis, not least because it elevated Jewish identity to be on par with its Christian counterparts, making it a validated leg of the Judeo-Christian triumvirate. But over time, as attachment to faith waned and racial identity emerged as a throbbing social force, Herberg’s thesis began to be seen as a quaint relic of a more innocent era.

With the August 26 release of another Pew Research Center report on American Jews, it may be time for a reformulation of Herberg’s classic trio. The analysis shows that Orthodox Jews, while only 10% of America’s Jewish population, are growing rapidly in number and growing apart from other Jews in how they view family, faith, domestic politics and Israel.

The new study elaborates on trends that emerged in Pew’s comprehensive survey of American Jews, released in 2013. The revelation in this latest analysis was when Pew compared attitudes, beliefs and behaviors of Orthodox Jews to uncover a surprising alignment with white evangelical Protestants. Turns out that the two fundamentalist sectors of their respective faiths vote, believe, worship and raise their children in remarkably similar ways.

Add conservative Catholics to the mix, and we have a potent, emerging alliance — Protestant-Catholic-Jew 2.0.

“They really do believe in the tradition, rooted in revelation and history,” explained Michael Cromartie, who as vice president of the Ethics and Public Policy Center is an expert on American evangelicals. “And they share the sense that there’s a moral collapse of American society.”

There remain deep, unbridgeable theological differences, of course — beliefs about Jesus and the pope come to mind immediately — and the insularity of Orthodox Jews, documented in this latest study, means that they will remain distinct and removed not just from other Jews, but also from the rest of America.

But as Orthodox Jews become more prominent funders and supporters of conservative causes and candidates, the areas of disagreement are making room for pragmatic political alliances. As Cromartie said: “They put aside their theological differences and agree on certain moral and cultural core values. They find themselves in a culture that has disdain for them. They are no longer in the moral majority; they’re in the moral minority. They are no longer at home in our culture, so they find comfort with anyone who is religiously devout.”

We see this alliance of the devout in the efforts to suppress the movement for marriage equality and to rob women of their reproductive rights, for instance. On white-hot issues like these, the majority of American Jews line up more easily with liberal Episcopalians than with their co-religionists in Brooklyn or in Monsey.

Progressive Jews can assure themselves that, at least in the case of marriage equality, the religious right of any denomination seems to be on the losing side of history. Unfortunately, the same cannot be said for the persistent and often infuriatingly successful attempts to limit reproductive rights for women.

But our dispute over these specific political issues should not deter progressive Jews from taking the religious right’s critique of contemporary American society seriously. We can and should resist homophobic and sexist policies while still acknowledging that the coarsening and sexualization of our culture demeans us all. Our way is not to retreat into hermetically sealed communities, nor to roll back the gains that have been achieved as America has become more tolerant in so many welcome ways.

Nor should liberals alone be blamed for these disheartening trends. Seems to us that the person most responsible for coarsening our political culture with even just his tweets is a billionaire named Trump running mad for the Republican right.

But sheer demographics should awaken us to the likelihood that fundamentalist Judaism will assume a larger share of the American community, as it has in Israel. Orthodox Jews marry earlier, have more children, raise their children Jewishly and keep them in the fold, and are more connected to their faith than their non-Orthodox counterparts are. These behaviors are amplified among the Haredim; even their more qualified attachment to Israel is still stronger than that among Jews in liberal denominations.

And the other glaring trend in Jewish life — the rise of those who consider themselves Jews with no religion and are far more liberal and assimilationist — provides balance only for the moment. If present trends continue, those Jews are extremely unlikely to have Jewish grandchildren, whereas the Haredim have a great many.

From the time it was published nearly two years ago, Pew’s research has highlighted the difficult challenge facing those who believe in a tolerant, egalitarian, vibrant and sustainable Jewish future. The challenge hasn’t disappeared. Nor can our attention.