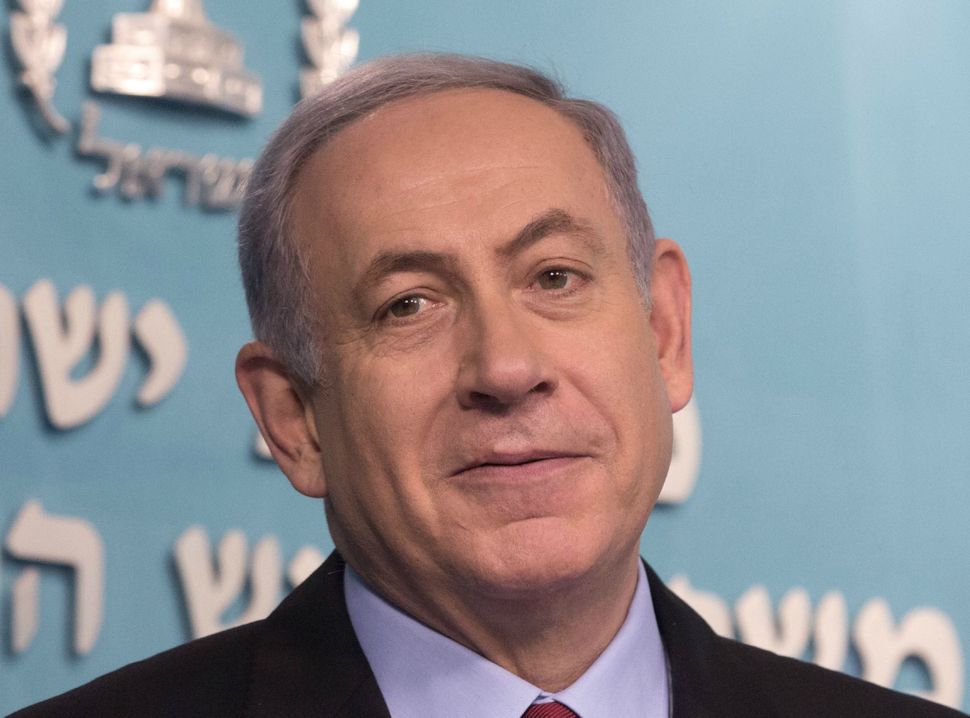 Let me explain. Lately there’s been a mini-hubbub on the Web, aimed at discrediting my coverage of the Iran nuclear debate. My critics keep claiming I said something I never said: that Israel’s security establishment likes the Obama deal. Then they prove it’s untrue, thus presumably discrediting me. Their larger goal is to debunk something I actually did say: that the generals are at odds with Prime Minister Benjamin Netanyahu.

My point has been that the generals are unhappy with Netanyahu’s scorched-earth war on the Obama administration, not whether they like the deal. Some do, some don’t, though almost none thinks it dooms Israel. But that’s not the urgent matter. Long-standing Israeli security consensus says relations with the U.S. administration are Israel’s top strategic asset. Hence Israel should be working with, not against, the White House. Much can be done to tighten the deal. Obama keeps offering. Netanyahu refuses. He’s going for broke.

Oddly, my critics have an uncanny knack for unleashing their salvos — denying there’s any rift between the generals and the prime minister — just as another broadside against Netanyahu emerges from the security community, deepening the rift. It’s almost comical.

The hubbub started right after the deal’s July 14 signing in Vienna. I noticed a flurry of prominent Israeli defense figures criticizing Netanyahu’s aggressive response. My July 23 column, “Israel’s Security Establishment Breaks With Bibi on Iran Deal,” quoted seven ex-generals. Three thought it was a good deal. Four didn’t, but said Israel could live with it. All agreed that Israel should work with the administration, not against it.

On August 3, a strange takedown appeared in The Times of Israel. Titled “Roll Out the Ex-security Chiefs,” it was written by Emily Landau, an Israeli think-tank arms-control expert. “Ex-security establishment figures as a group,” she wrote, aren’t “necessarily the most authoritative voices” on the topic. Further, she wrote that numerous “comparable figures,” are “strongly arguing against the Iran deal.” Figures like, well, arms-control experts. They outnumber the handful of ex-generals speaking against Netanyahu’s campaign — some of whom aren’t even Iran specialists.

True, some security professionals are “authoritative,” she admits. But they’re not endorsing the deal. They’re simply saying Israel can live with it and should make the best of it. The only difference between them and Netanyahu is that he says Israel can’t live with it and must block it at all costs. Hence, no rift.

Awkwardly for Landau, the very morning her essay was posted, a newspaper advertisement appeared, signed by 47 ex-generals and 20 others, urging Israel’s government to work with the administration rather than against it. Signers included an ex-head of Israel’s Atomic Energy Commission; an ex-head of military intelligence, and an ex-chief of the Israel Defense Forces’ planning branch, which does long-term intelligence. By contrast, only three ex-generals have endorsed Netanyahu’s scorched-earth strategy. I’d call that a rift.

Similarly ill timed was an August 24 article on Commentarymagazine.com, “Is Israeli Intelligence for the Iran Deal?” by veteran right-wing Middle East scholar Martin Kramer, president of Jerusalem’s Shalem College. He went straight for my throat: I’ve been “running a campaign to persuade Americans” that most Israeli intelligence officials “dissent from Netanyahu’s read of the deal.” It’s “all polemical and politicized nonsense.”

For proof, Kramer cited a “real expert,” Landau. He repeated her claim that most retired intelligence professionals aren’t qualified to evaluate the intelligence. Also, that most who oppose Netanyahu’s war on the White House dislike the deal — they’d just prefer not to “provoke Barack Obama.” Thus what he calls my “eruption of dissent” is “imaginary.”

My phrase “eruptions of dissent,” by the way, referred to mounting protests from military and intelligence leaders over Netanyahu’s Palestinian, Iranian and other policies. Kramer took it out of context and tied it to this specific case, making it easier to dismiss.

It’s been growing since Netanyahu returned to the prime minister’s office in 2009. His combination of rigid ideology and fear-based policy — Barak said on tape that Bibi is driven by his fears — has led him to abandon the confident pragmatism that governed Israeli security doctrine for six decades.

Hence those “eruptions of dissent.” Something that was almost unimaginable during Israel’s first 60 years has become a regular and growing phenomenon under Netanyahu: mass public protest against government policy by the group that was once Israel’s most revered and most reticent elite, the generals. They used to politely avoid mass dissent. But Bibi scares them.

The resemblance between the Netanyahu and Obama syndromes isn’t incidental. The two have merged and become almost indistinguishable in the current American — and especially American Jewish — debate over the Iran deal. That’s how someone like Jerrold Nadler, the yeshiva-educated New York congressman who’s endorsed the deal, can suddenly become an enemy of Israel after a quarter-century of devoted support for the Jewish state.

It’s also how Republican politicians who’ve been claiming they’re “not a scientist” when asked to discuss climate change can suddenly become nuclear experts when they have an opportunity to line up behind Netanyahu and to savage Obama.

Of course, climate change was the debate last winter, back when Senate environment committee chair Jim Inhofe was tossing a snowball to prove the earth wasn’t warming and the Republicans who put him there were looking for a rock to hide under. Now the debate is Iran, so they’re happy to pile on.

Then they weren’t scientists. Now they are. As I said, it’s all about timing.