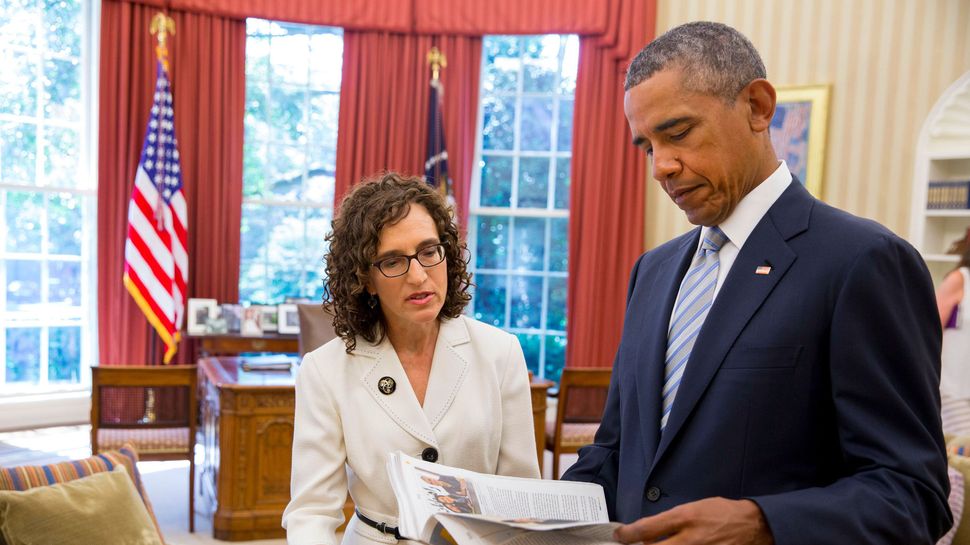 Jane Eisner’s brings into relief no fewer than four separate dramas that have come to a head in the last year — three real, one fake.

The fake one is the so-called crisis in U.S.-Israel relations. Here I agree fully with both the President and Israeli Prime Minister Benjamin Netanyahu: Disagreement over the Iran deal cannot unravel the mutual strategic interest, shared democratic values and world-historical sensibility that bind the two nations. Nor has actual policy toward Israel changed much. We are still a long way off from Eisenhower’s fury in 1956, Nixon’s hesitation in 1973, Reagan’s suspension of strategic cooperation after Osirak in 1981, or the elder Bush’s threats in the early 1990s.

So, what are the real dramas?

1) The political battle over the Iran deal

To put it bluntly, the deal’s flaws are so evident — flooding an expansionist, tyrannical, terrorist regime with the cash, weapons and legitimacy it needs to reign unchecked for another generation in exchange for unverifiable, unenforceable promises to delay rather than dismantle its nuclear weapons program — that Americans have turned against it. The President, who crafted the deal in a way that would eviscerate Congressional oversight, now finds himself flailing inside his own party just to scrape together enough Senate votes to force a filibuster that would prevent debate in the one body assigned by the Constitution to serve as a check against foolhardy foreign policy.

Read More: In Historic Interview With the Forward, Obama Speaks to Jews

This is why he talks so much about Iran in the Forward interview: He may have won the policy battle, but whether through the spectacle of filibuster or the humiliation of a bipartisan “no” vote, he is losing the political war — and he knows it.

2) Relations between Israel and American Jews

As Eisner suggests, there is a shrinking core of American Jewish thought leaders who claim the historic mantle of the community, who see themselves as perched between the twin abysses of bitter disengagement and the unthinkable embrace of whatever it is Netanyahu stands for — hawkishness, nationalism, racism, settlements, rejection of peace.

Never mind the mischaracterization of Bibi; the real problem is that the Iran Deal is opposed by Israel’s mainstream Left as well, laying bare a deep contradiction that threatens to tear apart American Jewry.

There’s a long history to consider here. American Jews in the “moderate middle” are, in fact, inheritors of a worldview that once embraced super-secular socialism and, going back far enough, rejected Zionism outright. This community looked to America rather than to Palestine as its promised land, replaced “exile” with “Diaspora,” preferred Judaism as a secular-social political aesthetic with the trappings of ritual, shunned the Hebrew language and eventually forgot its Yiddish too, lost touch with its texts, and above all was abidingly uncomfortable with Jewish sovereignty, or at least with the nastiness and outward pride that sovereignty necessitates.

Much has changed in a century, but this worldview still pulls, causing many to wish there were a different Israel, a softer, social-democratic dream. Bibi’s Israel is, to them, an enigma wrapped in anathema, one that flirts with fascism, fanaticism and voracious capitalism — evil triplets that remind them of their worst American enemies, of Buchanan and Bush and greed.

These are stereotypes, but Israelis are the way they are for a reason: Having lived through the strategic disasters of the 1970s, the economic disasters of the 1980s and the terror of the 1990s, they want merely to live long and prosper, and that has meant shedding the statism, the kibbutz and illusions about what peace can look like. If Netanyahu has become the most dominant leader since Ben-Gurion, it is because his liberal-hawkish policies embody the collective experience of a people — an experience American Jews have largely shielded themselves from even as they wave the blue and white flag. In Israel, he is the moderate middle.

The Iran debate has brought all of this to the surface. Deep down, American Jews know that on this issue Netanyahu is merely reflecting what the vast majority of Israelis think, and that the gap between Israel and American Jewry is growing wider every day, busting the crust of coherence that the community has enjoyed. In a head-to-head clash between that Prime Minister and their President, how could it not? Which leads us to…

3) Relations between the President and American Jews

If the only profound way to express Jewish identity (and no, I don’t see either support for Israel or Holocaust remembrance as especially profound) is through social change in America, of America, then there can be no greater symbol of Jewish self-worth than a President who symbolizes that change. And the President has rewarded their loyalty, not just with access and a “schmear” of affection, but above all by adopting their worldview when it comes to the Israel debate.

So, like them, he weirdly knows Israel’s strategic needs better than Israel’s elected leaders do, and he’s deeply worried about Israel’s “isolation” — despite the country’s increasing integration into the global economy, deepened ties to China and India, newly found self-sufficiency in water and energy, and its best strategic relationship with the Arab powers since its founding.

Is the President an anti-Semite? Assuredly not. It is much more fair to say that the specific gaffes that have triggered the accusation — describing the attack at the Hyper Cacher supermarket as a decision to “randomly shoot a bunch of folks in a deli in Paris,” making a dog-whistle mention of the “money and lobbyists” countering the Iran deal, and responding feebly to accusations of dual loyalty hurled at Chuck Schumer — reflect the tin ear and political urgency of a man scrambling to keep it together.

What he is, rather, is a President whose signal foreign policy achievement makes little sense to most Americans, and who has tied its legacy to the most vocal domestic constituency he knows he can count on to support it.

President Obama, however, will be gone in a year and a half — and where does that leave American Jews? Iran will not change, for precisely the same reasons that money, arms and legitimacy never turned Yasser Arafat into a peacemaker. The world will grow darker, as it does from time to time, and Jews will survive, and Israel will fight on, while the moderate-middle standard-bearers of American Jewish identity will, once again, have bet on the wrong horse, and the next generation will accuse them for it, if they can remember who they are.

David Hazony is the editor of The Tower and is a contributing editor to the Forward.