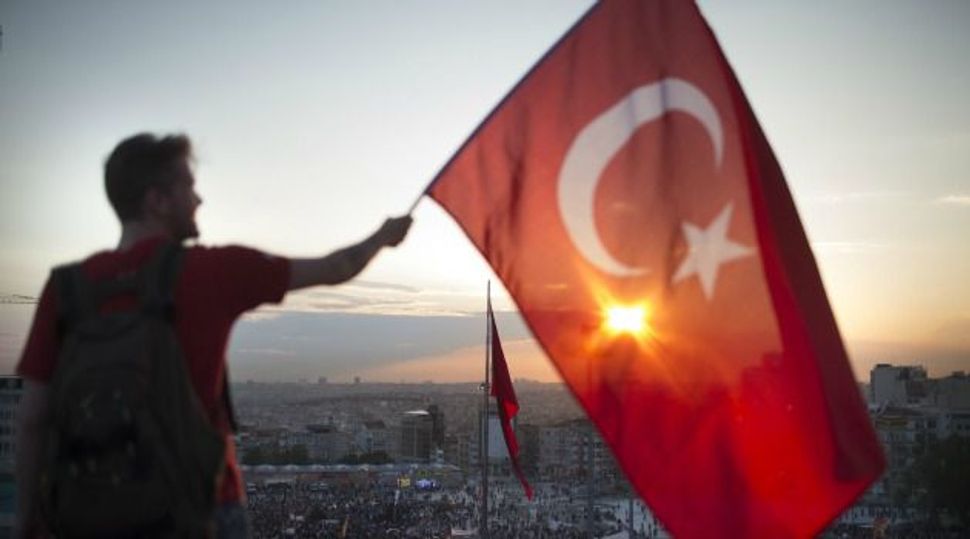 How about this for a Hollywood script?

It’s 1492, and Spain’s King Ferdinand and Queen Isabella expel their Jewish subjects. In response, the Ottoman sultan Bayezid II sends ships to Spain to collect them. How nice of him. They flourish under Muslim rule and, centuries later, receive equal rights as citizens.

Fast-forward to 2002 and the rise of Turkish leader Recep Tayyip Erdogan. Now Jews are suffering at the hands of an Islamic government. But fear not! In an ironic twist of fate, Spain comes to the rescue — with an offer of citizenship. Long-lost Sephardim return to their ancestral homeland and live happily ever after. Fin.

This story would make a great movie. Too bad it’s not true.

But the narrative is starting to make waves anyway, thanks to recent reports documenting the rise of anti-Semitism in Turkey. The leader of Madrid’s Jewish community, David Hatchwell Altaras, of the new Sephardic citizenship law to this very phenomenon.

And yet, the idea that Turkish Jews will pick up and move to Spain (or Portugal, which has also passed a citizenship law) undermines the very essence of these citizens’ Turkish identity and supports the absurd notion that they never actually integrated into Turkish society. It’s as if people think that, for more than 500 years, they have been sitting on suitcases, waiting for this day to arrive so that they can discard a rich Ottoman Sephardic history that has continued to evolve in the modern Turkish Republic.

True, Turkey’s small Jewish community, which stands at around 17,000 people, has in the recent past seen a sharp rise in anti-Semitism. But this is not a new phenomenon in Turkey — it was already prevalent in the Ottoman Empire before World War I. Plus, during the first decades of the secular Republic, Jews sometimes suffered forced Turkification, pogroms and discriminatory tax laws, together with other non-Muslim populations.

Unfortunately, more recently anti-Semitism has become much more visible. Following the breakout of the 2013 Gezi Park protests, the pro-government press regularly blames Jews for conspiring against the all-powerful president, Erdogan. In fact, Erdogan himself has publicly cursed Jews, and his close circle of politicians has been documented doing the same thing on several occasions. While Jews are not the only group subject to Erdogan’s hate speech, the scenario of words inciting actual violence is all too familiar and worrying, and should be met with the harshest condemnation.

Nevertheless, while some Turkish Jews have chosen to leave during the past decade, it would be a mistake to attribute this only to anti-Semitism. There’s a big difference between choosing to leave and fleeing. Like many middle-class citizens who choose to leave Turkey, Turkish Jews study abroad, often work in an international environment and have suffered economically from the changing of the guard, whereby a new class of conservative Muslims has emerged into the country’s business world. In other words, it’s not just Jews who are leaving; many Turkish Muslims and Armenians from the same economic background are increasingly choosing to look for opportunities in the United States and beyond.

There is a steady trickle of Turkish Jews moving to Israel, but this trend has also gone up and down over the past few decades. To attribute their move solely to anti-Semitism ignores other motives for making aliyah. For example, many Turkish Jews end up settling in upscale neighborhoods like Raanana, which enjoys popularity among French and American immigrants and boasts public schools to rival Turkish private schools — without costing thousands of dollars annually.

When Jews do leave Turkey, it’s not because they want to “escape,” but because they’re making a calculated move, in which anti-Semitism can be a factor. That said, given the aging population and the relatively low birthrate, it would be foolish to think that this migration does not pose a challenge to the Jewish community, which has seen a slow yet steady decline.

The many Turkish Jews who will likely take Spain up on its offer will do so mostly out of the practical desire to gain citizenship in the European Union. It’s not hard to imagine the benefits, from employment opportunities to visa-free travel to Europe. As a matter of principle, some Turkish Jews object to Spain’s demand that they possess a level of Spanish fluency, but it seems like a small price to pay for what they will receive in return.

So if you’ve been predicting a Turkish Jewish exodus to Spain, think again. As Turkish Jewish writer Riva Hayim put it recently, they’ve stayed put for the past 500 years, so what makes you think they’re going to leave now?

Louis Fishman is an assistant professor at Brooklyn College, CUNY. He writes on Turkish, Israeli and Middle Eastern affairs and divides his time between New York, Istanbul and Tel Aviv.