What Syrian Refugees Have To Say About Coexistence With Israel 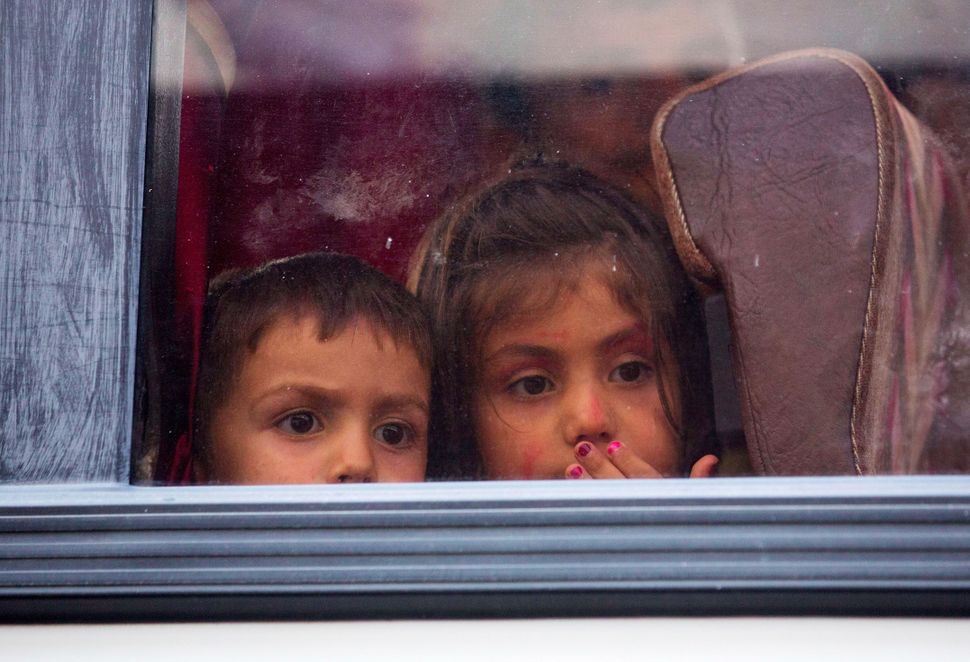 The refugee crisis is making headlines the world over. Here in Hungary, most refugees arriving treat the country as a stop, part of a longer journey to Western Europe. Thousands are taking temporary shelter in one of Budapest’s three main train stations.

The lower level of the Keleti train station links directly with the entrance to the underground metro station. Tourists leaving the train station unexpectedly run into the refugees, and I watch their mouths drop in astonishment. Some pause for a second, trying to process the images before their eyes.

The work being carried out by Migration Aid, a group of Hungarian volunteers, is the only visible assistance being given on site. I steal a glance and see tall piles of clothing, diapers, bottles of water and food. Every few minutes a volunteer carrying a straw picnic basket comes out to distribute items. Despite the person’s good intentions, the small basket seems almost grotesque in view of the thousands dwelling in the basement and in need of assistance.

On one of the hundreds of blankets sit three Syrian brothers, all over age 40, all from a small city near the Turkish border. With them sits a young Palestinian Syrian, who says: “I’m from Haifa — a ’48 Palestinian.”

Each of the brothers has between three to four young children. They fled Syria a month ago and arrived at the train station in Budapest a few days ago. Since arriving, they have been sleeping on a small piece of cloth, surrounded by thousands of others.

“Welcome to our home in Budapest. We are sorry, we don’t have any coffee to offer you,” says one of the brothers, and invites me to sit with them. 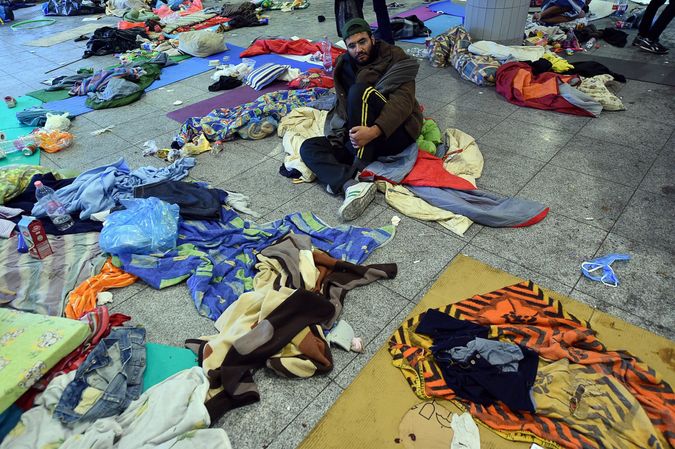 The oldest brother is a doctor, a hematologist. Since arriving at the station, he mostly helps the volunteer doctor at the station with translation, and offers a listening ear to refugees in medical distress. “I am 43 years old,” says the doctor. “I don’t need money, or food. I don’t want anything. We fled for our children’s, our babies’ sake. For the sake of their future.”

“Syria is buried underground,” says the second brother. “Do you know that Syrians make up only about 15% of the refugees here at the station? The rest are from Bangladesh, Afghanistan, but we are all poor here, we’re all in the same situation.”

They arrived in Hungary after traveling through Turkey, Greece, Macedonia and Serbia. They spent five days at the Macedonian border. “People cut the fence in order to pass. The police fired gas at us, like the Syrian Army.” They took buses and trains. In Belgrade they stopped to change clothes and take a shower using water from a sink. “They were good people there, they wanted to help us. In Greece they also helped us. They gave us water, welcomed us. Our problem is not with the people, it’s with governments. But we had nothing to do there. We want to get to Germany. There’s a future for us there.”

“Why aren’t they letting us leave? Hungary is a poor country. Why do they keep us here?” one of the brothers asks, answering in the same breath: “They want us to stay so that the government receives money from Germany and the U.N. to deal with us. It’s all about money. All the governments of the world are corrupt. We want there to be democracy in Syria. Once that happens we will be able to go back. We want everyone to feel free to express their opinion. Anyone is better than Assad, ‘our lion,’” he says ruefully.

“You know, Israel and America are strong,” he continues. “If they say, ‘it is possible to end this dirty war’… If the Israeli people — not the government — the people insist on helping us, as neighbors, it will bring change. If they talk about it on Channel 2 — which we know everyone watches — there is a possibility. Those who help us out of this mess, we will be grateful to them for generations, and if it’s the Israeli public, it will signal the possibility for genuine change between our two nations. It’s important for me to say this to Israelis: It is possible to build a new future together.”

“Think what it would be like if one Israeli found himself sleeping in the street with his children. The whole world would be appalled because Israel is a democratic country,” he says. His brother adds, “But a democracy primarily for Jews.”

“Enough about Israel,” interjects the other brother. “The problem is here, in Hungary. We have to get out of here. Tomorrow.” 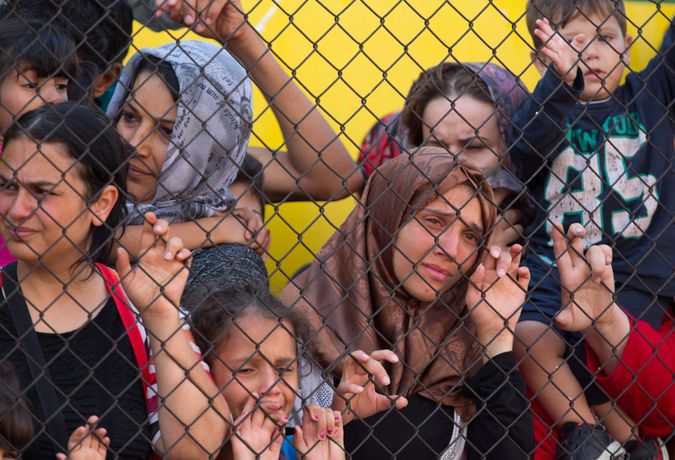 At a distance, an Israeli couple from Tel Aviv exits the station. After exchanging a few words, the man asks me, “Did you see all the infiltrators over there in the station? Why isn’t anyone helping them? In Israel we also need to help out!”

His remark instantly makes me think about how the Israeli government’s lexicon of incitement has seeped into the Israeli household, turning into the only words Israelis know to use with regard to refugees. Despite Europe’s great failure to provide adequate care and advance new policies that will provide protection for those in need, at least it is clear to everyone there that they are dealing with refugees. Only in Israel are they still called “infiltrators.”

Shahar Shoham has been active in advancing the rights of migrants, refugees and other undocumented persons in Israel through her work with Physicians for Human Rights-Israel. This article was first published in Hebrew , then in English on +972.

What Syrian Refugees Have To Say About Coexistence With Israel