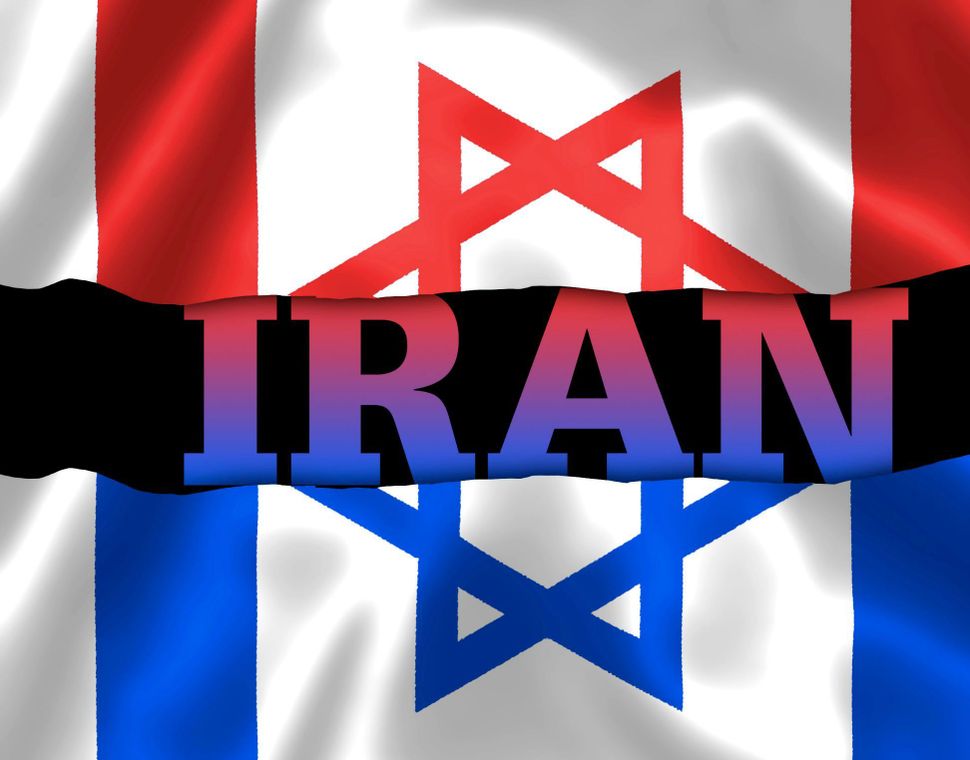 Now that President Obama has secured more than enough votes to prevent Congress from overturning the Iran nuclear deal, it’s time to question whether continued opposition makes any sense at all. We’ll go further. Since a summer recess filled with intensive, expensive lobbying and frightening attack advertisements failed to make a dent in the support Obama needed in Congress, was it wise for so many in the organized Jewish community to oppose the deal in the first place?

We can fathom only three solid reasons why it made sense to so stridently attempt to derail the Joint Comprehensive Plan of Action on Iran.

1. If the deal deserved to be killed on its merits. It doesn’t. While it contains inherent flaws and dangers, it accomplishes a central and laudable goal: to prevent Iran from becoming a nuclear nation for at least 15 years, if not longer.

2. If this deal could be replaced by a better one. It can’t. We are not persuaded that the crucial international coalition and global sanctions regime orchestrated by the Obama administration could be spliced back together if lawmakers turned their backs on their own negotiators. The go-it-alone strategy employed during the George W. Bush years only allowed Iran to creep closer to nuclear weapons capability. Some things America just can’t accomplish on her own. Defanging Iran is one of them.

3. If opposing this deal strengthened Israel politically and diplomatically. Unfortunately, the reverse happened. By being the only world leader to so publicly try to stop the deal, Prime Minister Benjamin Netanyahu has exacerbated an already tense relationship with Washington, polarized American Jews and further isolated Israel at a time when the Jewish state can least afford it.

Critics of the deal, especially from the Jewish community, could have followed another strategy. They could have faced reality and recognized that this president, like most presidents, is likely to prevail in Congress on foreign policy. Instead of framing only a binary choice — yes or no, up or down — they could have articulated their understandable and legitimate concerns and pushed for side agreements, promises of implementation and enforcement, to ameliorate the weaker sections and bolster American power in the region, which is still the surest way to protect Israel, a point some occasionally overlook.

There is still time to do that, to pivot toward the kind of constructive criticism that ought to have characterized the debate all along. It’s an approach that begs for pragmatism and requires a dose of humility — from all concerned, including the guy in the Oval Office.

Why support the deal at all? Because the limitations on Iranian enrichment, intrusive inspections and intelligence gathering opportunities backed by a global consensus, and the potential to open up this closed society, are worth the risks.

One of the most serious risks — the legitimate fear that after Iran complies with the opening round of requirements, it will use billions in sanction relief to strengthen its military and further support terror — can be managed and contained. If, that is, the United States can work more effectively with Israel and other allies in the region to improve intelligence and counter-terrorism efforts.

Even more worrisome is the limited timeframe of the deal. After 15 years, all physical limits on enrichment will be removed. As a signer of the Non-Proliferation Treaty, Iran is supposed to refrain from ever developing nuclear weapons, and monitoring and inspections are supposed to stay in place after the JCPOA expires.

But Iran has proved to be a wily and unfaithful member of the NPT club, and the breakout time — the time it will take to make enough material for a single nuclear weapon — will shrink, by some estimates dramatically.

We look into that future and wonder: Will Iran emerge Frankenstein-like from its nuclear slumber, even more threatening and powerful? If it can’t or won’t make good on its pledge to eliminate Israel today or next year, will it simply wait a decade and a half?

Obama says that Iran’s now-crippled economy won’t recover nearly as quickly as we fear, that its military budget will likely remain far below its Gulf neighbors’ — never mind the might of Israel and the United States — and that we will have had 15 years of superior intelligence to mine and utilize, leaving Iran not stronger, but more vulnerable and exposed.

Still, we wish the deal had been designed to cover forever, or a century, or even half. We wish sanctions relief was slower to arrive. But those wishes have to be balanced against the JCPOA’s solid accomplishment of stopping Iran’s nuclear march now and enabling the United States to better prepare for an uncertain future.

More useful than fantasy thinking are constructive steps. As Nicholas Burns, Harvard Kennedy School of Government professor and former George W. Bush administration official, wrote recently, the president should look beyond the congressional vote “to win the long-term struggle with Iran for power in the Middle East.” The first step is to “commit to a policy of coercive diplomacy” to keep Iran on the defensive and chart a more assertive American posture.

Obama has said repeatedly that the United States would use military force to strike Iran should it violate the nuclear agreement, but somehow he has not persuaded critics and allies of that intention. He must.

For these weaknesses to be addressed, the Israeli government must stop feuding with the White House and work with it to improve intelligence, maintain a strong diplomatic front, and, yes, if necessary, plan for military action. The Obama administration is not blameless for the increased tension, but it has faced an unprecedented onslaught from Jerusalem, to the degree that even members of Netanyahu’s ruling coalition have called for an end to the fighting.

Israel and her supporters enunciated a position and argued for it. They stood for principle. They lost. Now they have to go about healing the angry wound that was created — the sense that, as Jonathan Chait wrote, “There is no more ‘Israel lobby’; there is a red Israel lobby and a blue one.”

When the JCPOA is signed, it will temporarily lift a threat coming from a hateful and dangerous regime. Whether the United States, Israel and their allies can productively use that time to make the Middle East a safer place will be the true test of leadership that this historic agreement lays before us.