Why Israel Must Bury Hatchet With U.S. Over Iran — Now 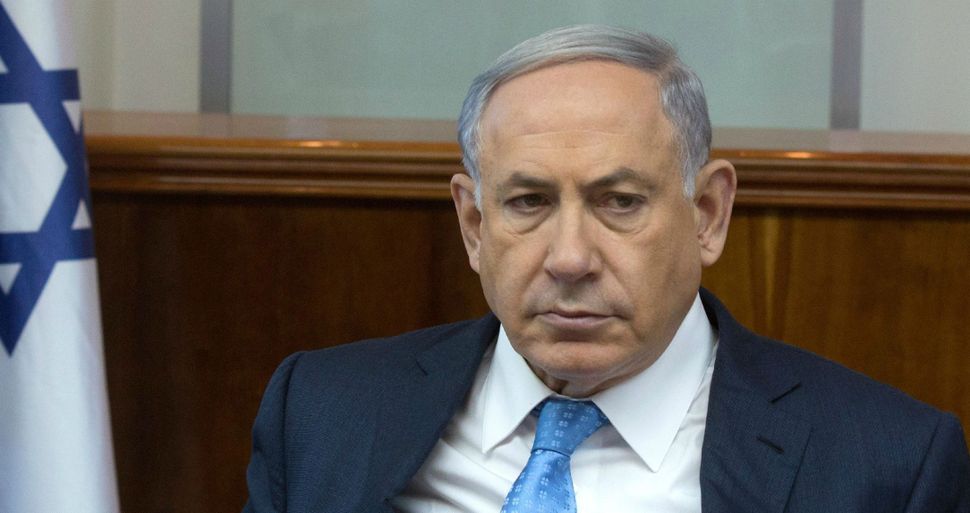 The congressional debate on the Iran nuclear deal is over. President Obama has prevailed. The United States will implement the P5+1 agreement with Iran. Israel will have to live with it.

In sharp contrast with Washington, no real public discussion of the deal’s details was ever conducted in Israel. Most of the opposition patriotically sided with Prime Minister Benjamin Netanyahu, who dismissed the deal with the kneejerk pronouncement that it “paved the way to a nuclear Iran.” The public did not demand an explanation of the prime minister’s reasoning. Netanyahu said it was a bad deal. End of story.

In fact, many senior figures familiar with the issue’s complexities, myself included, have argued the opposite. Included are Uzi Eilam, former director of the Israel Atomic Energy Commission; Issac Ben-Israel, former head of research and development of the entire Israeli defense establishment, and now a distinguished professor of strategic affairs and chairperson of the Israel Space Agency, and Meir Dagan, my successor as director of the Mossad.

To appreciate fully the negotiators’ achievement, it must first be noted that despite the vast attention given to uranium enrichment, this was never the critical aspect of Iran’s nuclear program. The pivotal element was and remains the Arak heavy water installation, designed to produce enriched uranium through a plutogenic process, involving plutonium. This product is essential in the weaponization of a ballistic nuclear warhead. The deal calls for the Arak reactor core to be destroyed.

Writing on September 8 in The New York Times, William Broad quoted atomic experts saying that of the planet’s 15,000 or so nuclear warheads, 95% rely on plutonium to ignite their firestorms. Siegfried Hecker, a Stanford University professor and former director of the Los Alamos weapons laboratory, stated that the Arak decision “was an incredibly big breakthrough. But nobody seems to care.”

Domestically, several Israelis have taken credit for alerting negotiators to the urgency of the Arak problem. They include one of the prime minister’s senior envoys on the Iran file, intelligence affairs minister Yuval Steinitz. In public discourse, however, not one has dared to claim credit or even acknowledge the achievement, so severe is the taboo on conceding any good in the deal.

Two additional installations are addressed prominently in the agreement. Each currently contains thousands of centrifuges that can enrich uranium to dangerous levels. One, at Fordow, will have all its centrifuges removed. It is destined to become a center for isotope-based medical research. The other, at Natanz, will have a limited number of centrifuges enriching at lower levels.

Will these reductions be observed? Nothing is certain. But these installations are guaranteed anytime inspection. The notorious 24-day lag applies only when illicit operations are suspected at other, mostly closed military sites.

None of these details has been discussed publicly in Israel by senior government ministers. America watched weeks of televised congressional deliberation. Iran’s parliament held stormy public debates. Not one comparable hearing was held in Jerusalem on what is often termed an existential threat.

A new poll indicates that 84% of the Israeli public believes the Iranians pose an existential threat. Given the lack of open discussion, what could be the factual basis for this popular assessment of Israel’s security? The only basis the Israeli citizen has for reaching such a disaster-fraught conclusion is the personal word of the nation’s leader.

One of the signal achievements of the P5+1 negotiating forum was its mere existence. Russia has given Iran critical support in its ballistic missilery in the past and may do so again. China has provided Iran’s nuclear program with a uranium separation facility in Isfahan; it dismissed Israeli and American demands that it refrain. Obama recruiting Russia and China to this negotiation was a rare success, especially at a time when tensions over Ukraine had led to American sanctions against Russia. The American president led a unique coalition.

Strangely, although all six of the world’s leading powers negotiated and signed the agreement, only Obama has been publicly chastised by Israel. Even Russia and China have been left alone, despite their assistance to Iran. I cannot explain this Israeli policy. The agreement is not without weaknesses. These have been trumpeted ad nauseam. They should, of course, be addressed. But to highlight the flaws while ignoring the achievements lacks credibility.

Still, while there is room for sharp disagreement on the nuclear agreement, there should be no doubt about mounting Russia-Iran cooperation in Syria. Russia is upgrading its military presence there, sending hundreds of advisers and airlifting advanced weaponry. It might be intended to combat the Islamic State group. It might be to arm Hezbollah.

This is an ominous development, with potential for sudden deterioration. It will require close coordination between the White House and Jerusalem.

We have seen similar situations in the past, but then Israel was represented in Washington by such diplomats as Yitzhak Rabin and Simcha Dinitz, frequent, often daily visitors at 1600 Pennsylvania Avenue. That is a vital asset.

These challenges demand bipartisanship on Capitol Hill. The United States must have a president through 2016 who can stand up to Russia, China and Iran with the backing of a Senate capable of unity of purpose. This is also a vital Israeli national interest.

In Jerusalem, too, this moment demands sobriety. With Iran at our gates and Russia again in our backyard, it is a minute before midnight. We must get our affairs back on track and put the right people in the right places to handle these complex strategic issues.

The time has come to bury the hatchets.

Efraim Halevy was head of Israel’s Mossad intelligence agency from 1998 to 2002 and Israeli ambassador to the European Union from 1996 to 1998.

Why Israel Must Bury Hatchet With U.S. Over Iran — Now