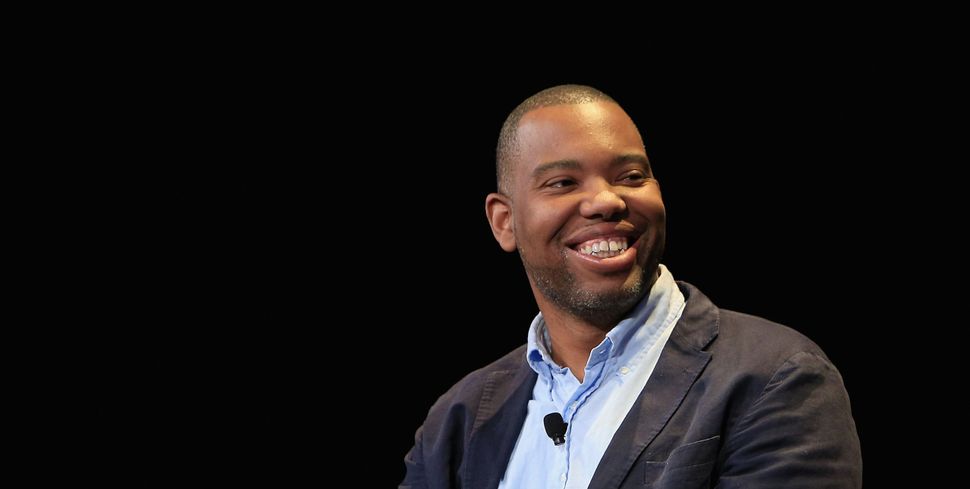 In November 2014, Yusuf Hassan al-Ramouni was found hanged in the bus he drove. Israel deemed this a suicide. Palestinians said it was murder. The resulting strikes and riots fed rising violence that went on all year, claiming the life of an Israeli man, Alexander Levlovitz, on the eve of this year’s Rosh Hashanah, and the life of a young Palestinian woman, Hadeel al-Hashlamoun, on the eve of Yom Kippur, among others.

Within days of Ramouni’s death in Jerusalem, a grand jury in Missouri decided not to indict a police officer for the shooting death of Michael Brown, an unarmed petty theft suspect. The rioting that followed caused more injury and destruction.

To me, these events, as well as the underlying dynamics around them, felt increasingly similar as I read the new book by MacArthur “genius” grant winner Ta-Nehisi Coates. “Between the World and Me” examines the root causes of racial violence in the United States, but it would be a loss if its insights stayed only within America. With big universal themes such as liberation, individual versus collective identity, and nationalism, perhaps there is a reason that Coates didn’t call it “Between America and Me.”

Coates argues that America was built and is maintained on a system of dehumanization and violence, primarily against black people. This is so central to America’s “Dream” that killing black Americans is no aberration; it is a natural extension of a system.

I would argue that this thesis sheds light on how Palestinians experience Israel. Their lives were uprooted for the creation of the state. Palestinians today are stateless refugees or subjects of Israeli occupation, or both. Each death, land expropriation or house demolition has no logic for them other than the fulfillment of the Zionist dream. Eighty-five percent of Palestinians believe Israel wishes to expel them or deny their rights and to annex all the lands captured in 1967, according to a 2015 poll conducted by the Palestinian Center for Policy and Survey Research.

The sense of arbitrary death is maddening for all sides of a conflict, but it comes with higher frequency for American blacks and Palestinians.

Yet it is the arbitrary workings of authorities, violence and daily hardship for those who live that many white Americans and Israeli Jews still do not internalize. For black people, running, driving or — in Coates’s telling — just existing in America makes one vulnerable to devastating harassment. For Palestinians, the quotidian confusion of never knowing whether you can cross a road, enter or exit a town, have your permit honored or fly abroad demoralizes and enrages the living.

Yet relevant comparisons are not limited to black Americans and Palestinians. Much of Coates’s personal intellectual development holds valuable insight for Jews, a people on the journey from minority oppression to sovereign power.

In his book, Coates describes how the Dream of America leaves him initially unable to comprehend the violence of his youth on the streets of Baltimore. But in college he finds a wealth of black historians who make sense of his experiences, which up until then were simply left out of the canon. Giddy with a newfound sense of self, he cleaves to “a unified narrative, free of debate.”

The simple contours of victimhood and the elation that comes with a clear national redemption narrative should be familiar to Jews. I had it as a kid, reading “Exodus” by Leon Uris.

But quickly, Coates zooms out to observe “a brawl of ancestors, a herd of dissenters,” replacing the easy answers he longs for. Simultaneously he sees the danger of trading one “Dream” for another one that may favor him but is equally flawed. “Being black did not immunize us from history’s logic or the lure of the Dream,” he writes.

Coates then concludes that the best service to his people is to be self-critical: “The writer… must be wary of every Dream and every nation, even his own nation. Perhaps his own nation more than any other, precisely because it was his own.”

Yet the “pro-Israel” right vilifies Jews who criticize Israeli policy or the destructive aspects of the Dream, blithely designating them as traitors and self-haters. The right does not acknowledge that such critics are wary of this Dream precisely because it is our own.

Further, Coates warns, “the Dream thrives on generalization, on limiting the number of possible questions, on privileging immediate answers. The Dream is the enemy of all art, courageous thinking, and honest writing.” This warning is disturbingly relevant in Israel today.

Generalizations about the “other” from both Israelis and Palestinians abound. But over the past few years, Israel has taken dark steps against asking questions. The “Nakba Law” and the anti-boycott law are both designed to penalize political expression, and a bill is pending that targets left-wing nongovernmental organizations. Both the culture and the education minister have moved to defund theater groups that are perceived to raise the wrong questions and challenge Israel’s “Dream.”

It turns out we must be circumspect and self-critical to survive not only helplessness, but also power.

But even if we succeed in doing that, can anything change?

Some have read the book as defeatist. But buried in the middle, Coates asks a simple, tantalizing question with practical implications: Could there be benefits to suffering? “The privileges of being black are not always self-evident,” Coates writes. “But there really is wisdom down here….” He observes that the struggle itself forges group solidarity and identity.

But additional answers are possible. For example, as a minority, Jews should be accustomed to complex identities. As a country, Israel can draw on these skills to face contradictions and allow for an evolution of identity instead of running away from the challenge.

Suffering has taught Jews empathy and solidarity, leading us to support the civil rights and anti-apartheid movements. What’s more, our people has learned from centuries of Diaspora living that we can survive with no material basis — no land, no army, no sovereign law. Unlike black Americans, the Jews of Israel now own all the land, all the military force, all the sovereignty. Jewish Israel may conclude that it can share some of these possessions, along with natural resources, human rights and economic wealth — and the nation will survive on just a little less.

Maybe it’s unrealistic to expect empathy for the opposing side in your own conflict. But maybe it’s not impossible, either.

I have one final suggestion, which emerges from a mild critique of Coates. On occasion, the author seems to romanticize the American “Dream,” as if all white people enjoy privilege. But glossing over the deep alienation that some white people feel as a result of their class or culture neglects key ingredients of racism and hence of violence itself. In my experience, the lines of conflict are never that clear. Just as victims are not immune, so oppressors are never only oppressors; they’re human beings, too.

Dahlia Scheindlin is a political consultant and a regular writer at +972 Magazine. She holds a doctorate in political science and lives in Tel Aviv.