Why We Shouldn’t Accept Rabbis Who Marry Non-Jews 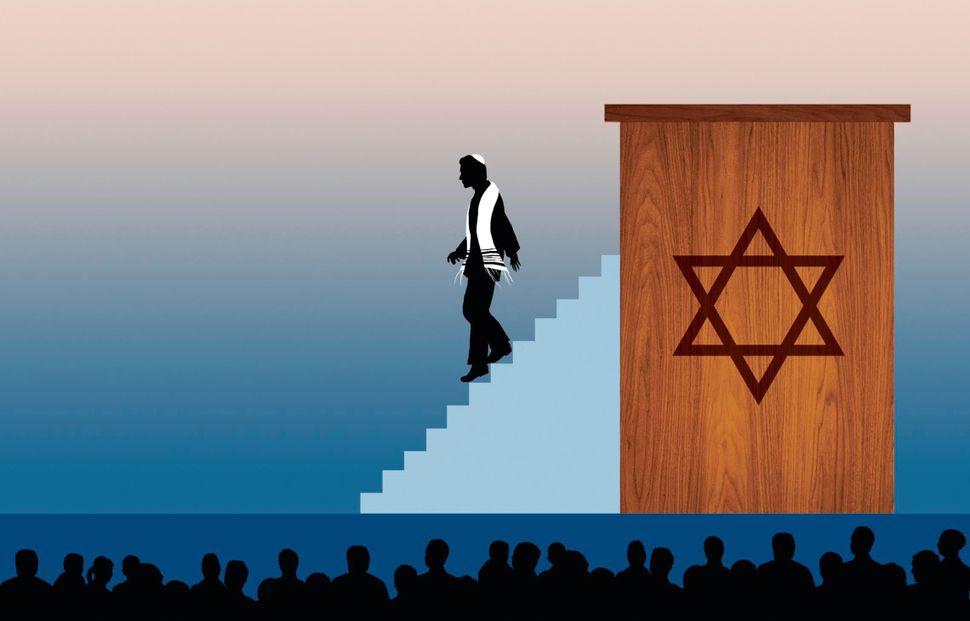 Does it make a difference to the larger Jewish community that the Reconstructionist movement has made the regrettable decision to admit and ordain intermarried rabbis?

Its adherents are miniscule: Only about 1% of American Jews identify with the movement. Cross the continent and you’ll find slightly more than a hundred congregations. The Reconstructionist Rabbinical College ordained only six men and women in 2014, and eight this year — the same number that entered the seminary, located just outside of Philadelphia.

But of course it matters. This miniscule movement has had an outsized effect on American Jewry, often embracing progressive stands years or decades before the more established denominations followed along. Ever since Rabbi Mordechai Kaplan broke from the Conservative movement to declare that Judaism is a civilization that needs to be reconstructed in every age, his disciples have been the first to allow girls to hold bat mitzvahs, to welcome interfaith families, to ordain gays and lesbians, to expand the definition of what it means to be a Jewish leader in the modern age.

Given the dramatic rise in the number of interfaith families among non-Orthodox Jews, the RRC’s decision to accept students with non-Jewish partners may seem like a logical advance for a movement that prides itself on being a step ahead of the mainstream.

At some point, however, inclusion leads to diminishment. At some critical point, boundaries become so porous that they no longer function as boundaries, and standards become so vacuous that they lose all meaning. This decision brings the Reconstructionist movement to that point, and to the degree that it places pressure on other denominations — and history suggests that it will — then it risks damaging our religious, moral and spiritual leadership at a time when we need it the most.

The RRC decision seems to have two aims in mind. The first is to broaden the applicant pool and expand the rabbinic calling to those with non-Jewish partners. This may well happen in the short term. The much larger Reform movement has considered dropping its ban on intermarried rabbis several times, most recently last year, rejected the move, and is unlikely to open the conversation immediately. So RRC’s competitive edge will remain for now.

The second goal is to mirror the complexity and diversity of Jewish life today. “Our congregations have members with non-Jewish partners, and we need rabbis who can provide them with role models for vibrant Jewish living,” Rabbi Deborah Waxman, RRC’s president,

I fundamentally disagree. Clergy don’t reflect their congregations. Clergy lead their congregations — and do so not as leaders who bow to the fashion and trends of the moment, but as vivid exemplars of our best norms and intentions, as strong aspirational figures.

After all, we don’t expect rabbis — even rabbis in liberal (read: much less strict) denominations — to pray only sporadically. To go to synagogue just three times a year. To be more interested in tennis than Talmud. We don’t expect rabbis to consider Israel just another country to visit when London and Paris get too expensive.

Why, then, should we not expect a rabbi to partner with another Jew, to raise his or her children in a Jewish home, to maintain that home as the most sacred place in the Jewish eco-system?

A good rabbi can and should welcome and relate to interfaith families — since so many in Reconstructionist congregations fit that description, rabbis have been doing this for years. But the mission must be to encourage and nurture Jewish commitment in the home, synagogue and beyond. Why else join the rabbinate?

It doesn’t take much creativity to imagine the inherent complications when it’s the rabbi who is intermarried. What if his or her spouse wants the children to be baptized? Have a Christmas tree? Reject religion entirely?

Waxman promised that the RRC has “strengthened our admissions standards on reviewing an applicant’s commitment to Jewish continuity in their personal, familial and communal life.” But in the same letter, she wrote that the “issue of Jews intermarrying is no longer something we want to fight or police.”

How, then, is that commitment to be measured and judged? Isn’t it less intrusive to continue to say that if you wish to become a rabbi, your partner should be or become a Jew?

In a document prepared for Reconstructionist leaders as the movement debated lifting the ban, the RRC argued that “(m)any younger progressive Jews, including many rabbis and rabbinical students, now perceive restrictions placed on those who are intermarried as reinforcing a tribalism that feels personally alienating and morally troubling.”

Reinforcing tribalism. Is that what commitment to the Jewish people has become — an alienating, immoral tribalism? This is perhaps the most depressing and perplexing aspect of RRC’s argument. Kaplan’s lasting legacy was to cast the Jewish people as a people, not in the limiting, pejorative sense of an exclusive “tribe,” but with an emphasis on community and responsibility to one another, balancing universal values with the privilege of particularism.

The growing numbers of intermarried Jews pose a serious challenge to non-Orthodoxy in America, but also an exciting one. It is a propitious time to offer bold ideas to make Judaism more accessible and welcoming, to strengthen commitment among those born Jews and encourage others to join. We need leaders to model that commitment, fully and without embarrassment or hesitation, even at personal sacrifice. That is what aspirational leadership requires, and what 21st century Jews deserve.

Why We Shouldn’t Accept Rabbis Who Marry Non-Jews