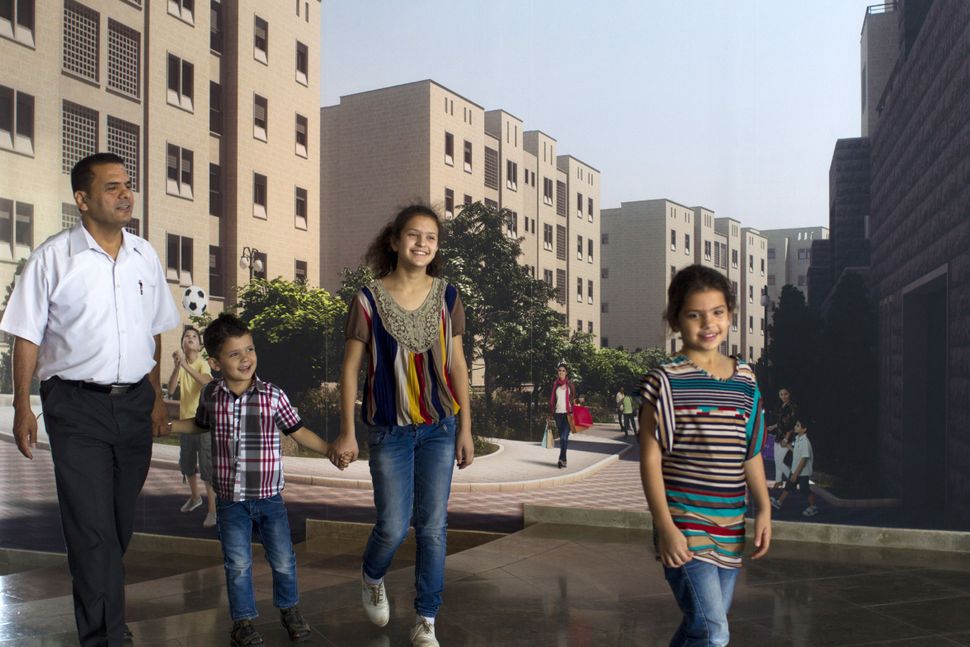 A gleaming bus stop greets visitors on the main road to the new Palestinian city of Rawabi in the Israeli-occupied West Bank. Construction equipment is busy carving blocks out of the hillsides. A sign directs traffic to the police station in one direction and to the showroom filled with scale models in another. A giant Palestinian flag flutters over this city-in-the-making. And, after years of struggle, the first “Rawabians” are moving in.

When I first visited Rawabi, in 2013, with an Israeli pro-peace group called One Voice, the cynic in me doubted whether it would ever be completed. So many stories of Palestinian projects tend to be oversold for international consumption. One Arab village gets a few buckets to turn garbage into fuel, and it’s billed as a major success story, but in the end, the overall impact is null. Looking out over the slopes of Rawabi two years ago, I saw that the first buyers hadn’t yet moved in. Israeli authorities had not agreed to hook up the planned city to a water supply. And the Israeli-built roads in the West Bank did not feature signs directing traffic here.

But now that Rawabi has overcome these hurdles, I have to admit that this is an impressive achievement. It’s a real success story for Palestinians, one that should be built on and replicated. Even the current spate of violence must not derail it.

Rawabi is a revolutionary symbol in the Palestinian landscape. For years, the international community poured billions of dollars into Palestinian projects, with little to show for it. Infrastructure remains substandard in Palestinian areas. Palestinian firms suffer trade barriers. With the latest outbreak of violence, we once again hear the stories of “a generation without hope.” But hope can’t come from abroad, and it’s not coming from Israel’s current government. If it comes from anywhere, it will be from within the Palestinian community. 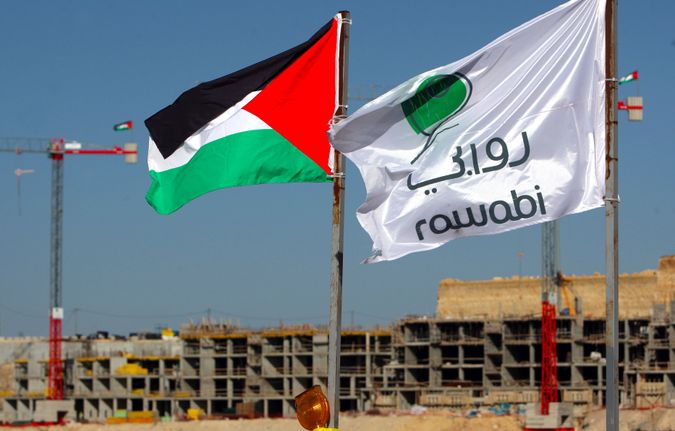 Just look at to reach this moment. Palestinian businessman Bashar Masri dreamed up the project in 2007. Working with a local project manager, Bayti Real Estate Investment Company, Masri brought in funding from Qatar — despite the objections of some Israelis, who pointed to the Gulf State’s support for Hamas. Dreams inched closer to reality as the project gained support from the Palestinian Authority. It meshed well with the vision of Salam Fayyad, the Palestinian prime minister at that time, who sought to build up the Palestinian economy as a scaffold for a future state. Initial plans for 4,000 units at a cost of $38,000–75,000 apiece grew to some 6,000 units, and costs for the project mushroomed as well, to almost $1 billion.

Masri’s decision to model the planned town on the nearby Israeli city of Modi’in drew the ire of some Palestinians, who accused him of “normalization” with Israel. Rawabi administrators “came under fire for participating in economic meetings and technology conferences with Israelis,” according to a 2014 Al-Monitor report. Caught in the gossip mill of Palestinian politics, Rawabi’s reputation suffered. The “Israeli connection” had stuck the city with a catch-22, because no Palestinian can build anything on the scale of Rawabi without working with Israeli authorities and companies.

The planned city faced other critiques, too. Some Palestinians complained that it serves the upper middle class rather than offering subsidized affordable housing. Some still voice that complaint.

But at the same time, Rawabi is combating stereotypes in the Israeli media, which tends to see Palestinians either as terrorists or through an Orientalist lens of exotic sheepherders and women in hijabs. This planned city subverts the clichéd description of Palestinian-Israeli relations, which focuses on Palestinians’ lack of rights and of statehood. In Rawabi we see a symbol of wealth and success that combines an entrepreneur’s chutzpah with a little bit of a Kevin Costner “If you build it, they will come” attitude. 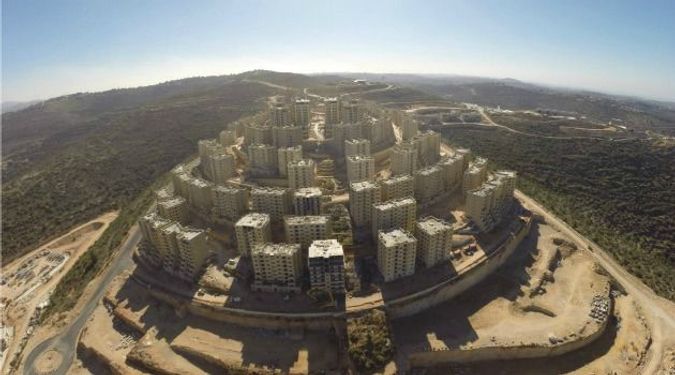 When I visited on the last day of September, I found the new residents upbeat, emphasizing the snazzy accoutrements and positive developments in their city, notwithstanding the rising violence in the West Bank and Israel. As Rawabians told The Media Line earlier that month, they are happy to be moving to a purpose-built town, which planners say will house 40,000 people. Nihad Kamal, a new homeowner, said he was glad that his 8-year-old daughter would be able to ride her bicycle in peace, something he “would not allow in Ramallah,” about six miles away.

If you ask me, the tragedy of Rawabi is that there aren’t 50 more towns like this one in the West Bank. There ought to be. After all, Israel has managed to build dozens of Jewish communities in the West Bank, some of them housing more than 10,000 people — just look at Ma’ale Adumim. Why should Palestinian infrastructure lag so far behind?

The new Rawabians have a long way to go, but their city points the way to a new model for Palestinians: self-sufficient economic development that doesn’t rely on the goodwill of nongovernmental organizations and can move forward even as the stalled peace process withers.