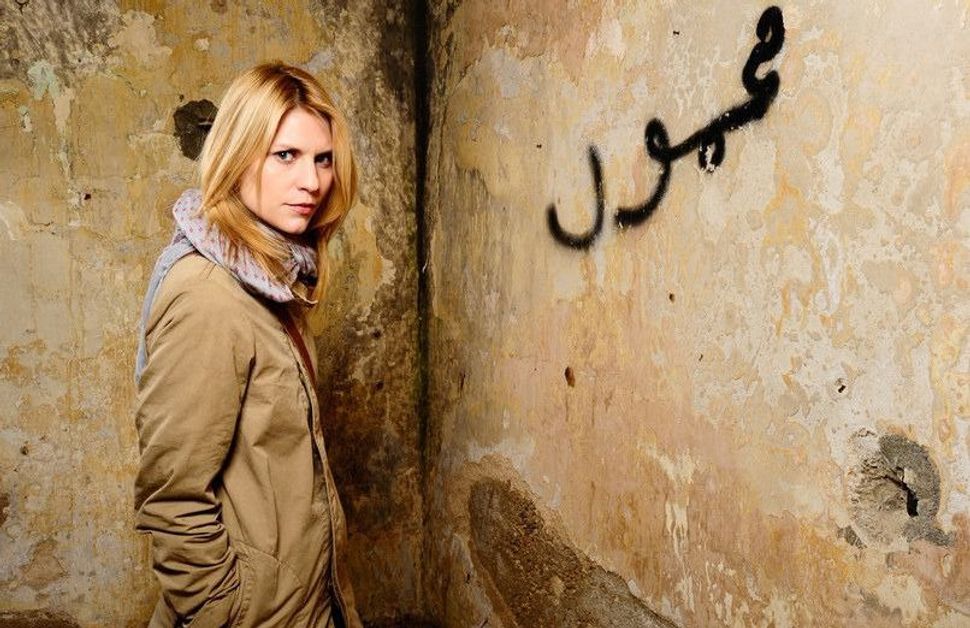 Otherwise, you might end up in some pretty sticky situations. You might call your own show “racist.” In Arabic. By accident. Oops!

In the most recent episode of the hit TV spy drama, a Hezbollah militant leads ex-CIA agent Carrie Mathison (Claire Danes) around a fictional Syrian refugee camp. The camp is covered in Arabic graffiti. That would seem natural enough, if not for the fact that the graffiti says things like “There is no Homeland” and “Homeland is not a show” and, the piece de resistance, “Homeland is racist.”

Danes, despite speaking sort-of-kind-of-passable Arabic on the show, doesn’t seem to notice that someone is playing a joke on her. Nor did the show’s producers.

Until, that is, three tricksters — the Arabian Street Artists — broke the news that they had pulled one over on “Homeland.” Hired to spray-paint Arabic graffiti around the set with the aim of making it look like an “authentic” Syrian refugee camp, the artists decided to use the opportunity to critique the show’s anti-Muslim bias. 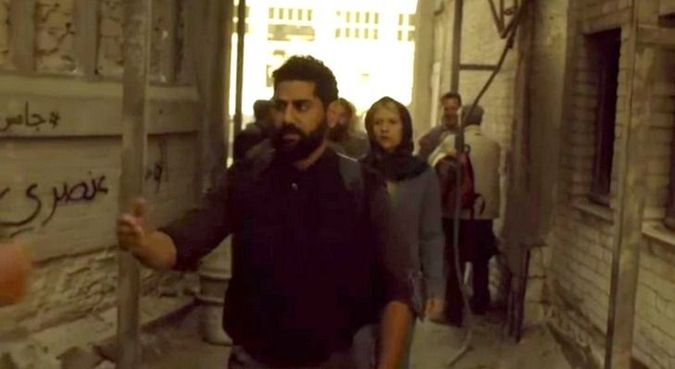 “The series has garnered the reputation of being the most bigoted show on television for its inaccurate, undifferentiated and highly biased depiction of Arabs, Pakistanis and Afghans, as well as its gross misrepresentations of the cities of Beirut, Islamabad — and the so-called Muslim world in general,” the artists said in . “For four seasons, and entering its fifth, ‘Homeland’ has maintained the dichotomy of the photogenic, mainly white, mostly American protector versus the evil and backwards Muslim threat.”

“Homeland” co-creator Alex Gansa tried to save face by telling the New York Times that, “as ‘Homeland’ always strives to be subversive in its own right and a stimulus for conversation, we can’t help but admire this act of artistic sabotage.”

“Homeland” doesn’t admire anything here. If they did, they might have gotten this memo ages ago. Because, as Hebrew speakers might recall, this isn’t the first time the show has become the target of internet ridicule as a result of a linguistic mishap. Remember that time Carrie’s bulletin board featured a newspaper clipping from Israel’s Yediot Ahronot? The name of the paper was in Hebrew, but the text of the article below it was in Arabic. That would never actually happen in real life, but hey, these meaningless Semitic squiggles are all the same, so who cares, right? 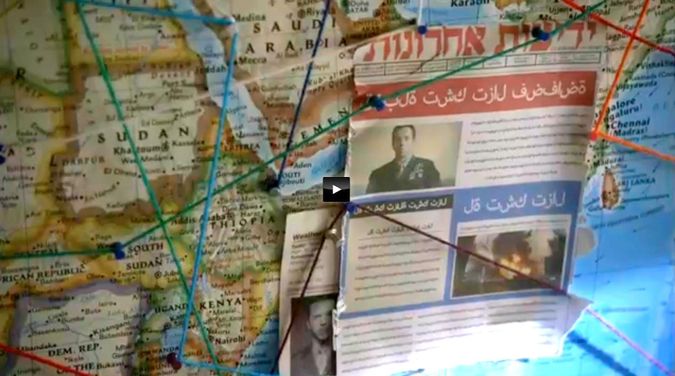 Oh, and to make matters worse, the Arabic text on that bulletin board wasn’t really text so much as a jumble of disconnected letters. Those letters weren’t joined together in the way that Arabic letters have to be if they’re supposed to spell out anything, you know, coherent. But again: Such is the joy of meaningless squiggles! They don’t need to be coherent, because they’re just markers of an identity that we’re happy to portray as shallowly and one-dimensionally as our viewers will let us get away with!

Well, viewers, consider this: By asking Middle Eastern graffiti artists to give a set the veneer of “authenticity,” without actually caring about Middle Easterners’ authentic experience, the producers were basically asking people of color to lend their color, without the pesky content that comes with being actual people.

The artists themselves best explained the producers’ mistake:

“The content of what was written on the walls … was of no concern. In their eyes, Arabic script is merely a supplementary visual that completes the horror-fantasy of the Middle East, a poster image dehumanizing an entire region to human-less figures in black burkas and moreover, this season, to refugees.”

Sorry, “Homeland,” but you had this coming to you. Until you bother to understand the region you are trying to depict — and, hey, here’s a crazy idea — until you hire writers who are actually native to that region, or at least native speakers — you’ll keep getting hacked like this again and again and again.

And we’ll all be here laughing at your fashla. Oops, sorry, did you need an English translation? I meant your embarrassing screw-up.