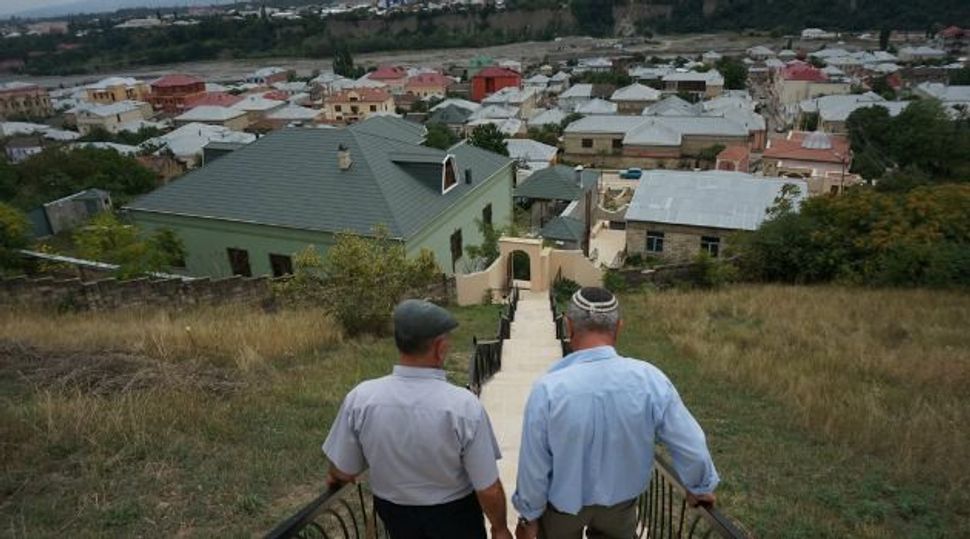 In April, the Kantor Center in Tel Aviv released a report highlighting that 2014 was one of the worst years for anti-Semitism in the last decade. This coincided with Israel’s war in Gaza against Hamas. Many of the anti-Semitic incidents that took place, and especially some of the more violent ones, took place in Western Europe. And as a result of this increase, many have been drawing comparisons between the world today and the world in the 1930s.

Just like back then, Jewish communities are being urged in some places to hide their Jewishness. They walk the streets in fear, knowing that an attack is more and more likely. And much of these attacks stem from a large immigrant Arab Muslim population, especially in France, which has seen the highest number of violent incidents for a consecutive number of years. It makes for pretty grim reading for Jews living in countries with an increasing Muslim population.

And yet, despite all the negative reports we see, there is a remarkable exception to this trend.

Azerbaijan, a small country lying in the South Caucasus region of Eurasia, has a population of a little less than 10 million, predominantly Muslim. And yet, unlike Western Europe or the Arab world, Azerbaijan has almost no anti-Semitism directed against the roughly 30,000 Jews living there. Any anti-Semitic incidents are dealt with swiftly by the government, which adopts a zero-tolerance attitude.

Considering that we see plenty of anti-Semitic activity from Muslims groups in countries like England, South Africa or France, what makes Azerbaijan so different?

Maybe it’s their long history. The history of the Jews in Azerbaijan goes back to the days of antiquity. After the destruction of the First Temple in 587 BCE, Jews are said to have settled in the area of Southern Azerbaijan, now the northwestern part of Iran. So, in many ways, they’ve always been a part of the country.

But that alone is not enough to explain why Azerbaijan is so different from the surrounding Arab Muslim countries, which ethnically cleansed Jews when the State of Israel was born, forcing them to leave what had been their homes for thousands of years.

Another reason, according to Azerbaijani officials, is that tolerance for Jews in Azerbaijan grew organically, and has continued as a result of the present government’s policies. This had to do with a moderate interpretation of Islam, which recognized a closeness to Judaism as part of the Abrahamic family of religions. Coupled with the natural hospitality of the Azerbaijani people, this led to a tolerance towards Jews seldom witnessed in Western Europe. Due to the many hard times Azerbaijan had gone through as a country under the rule of different empires, a certain attitude had developed toward people under constant persecution. A type of empathy ensued, which in turn led to a spiritual and historical closeness.

This kinship has led to Israel and Azerbaijan having official diplomatic relations since 1992, with strong economic and military ties, despite any discomfort that an increasingly hostile Turkey, an ally of Azerbaijan, might feel toward Israel. This, in turn, has led to Azerbaijan supplying 40% of Israel’s oil needs through their Baku-Tbilisi-Ceyhan pipeline. Israel is also one of Azerbaijan’s largest trade partners, with commerce between the two countries totaling over $4 billion. In 2013, in further signs of a warmer relationship, Azerbaijan’s foreign minister, Elmar Mammadyarov, became the country’s first foreign minister to ever visit Israel. In September 2014, Israeli Minister of Defense Moshe Ya’alon became the first Israeli defense minister to ever visit Azerbaijan.

But the case of Azerbaijan shows more than the possibility of positive and growing relations between two countries; it also shows something that extends beyond trade and diplomacy. It shows that the conflict between Israel and its neighbors cannot simply be termed a conflict between Jews and Muslims writ large. Rather, it’s a conflict between fanatical and intolerant extremists exploiting religion, on the one hand, and the rest of the world, on the other — because that fanaticism is the enemy of not just the Jews, but of the entire free world.

Azerbaijan has succeeded in bucking that trend of intolerance, becoming a beacon of light and hope that the rest of the Islamic world can only hope to emulate. It serves as an example of what a country can achieve if it uses tolerance, respect and mutual understanding as its guide rather than oppression, extremism and incitement.

Jews, Christians and Muslims are friends in Azerbaijan and celebrate each other’s holidays and cultural experiences, and when you think about it, it’s quite a remarkable feat that a small country in the Caucasus region with a population of just 10 million can lead the way for the 1.5 billion Muslims in the world.

Justin Amler is a noted South African born, Australia-based writer and commentator on international issues. His expertise is on the Middle East, Eurasia and the former Soviet Union.