When Alan R. Mulally was first introduced as CEO of the Ford Motor Company in 2006, during a time of turmoil in the auto industry, he was asked by an employee what kind of car he drove. His answer, “A Lexus. It’s the finest car in the world.” Lexus is made by Toyota.

This story reveals a powerful lesson for Conservative Jews on the eve of the USCJ Convention, the largest gathering of Conservative Jews in the world. Ford Motor Company made a dramatic turnaround under Mr. Mulally, and part of the reason the company succeeded was because their leader was honest about their product’s image, while passionate about what it could become.

Conservative Judaism has a long-standing brand problem: It’s seen, in too many circles, as dispassionate, cloistered, unimaginative and non-inclusive.

But in a time of increased polarization in religion, politics and economics, there has never been a more important time for centrist Judaism, where we hold high expectations of Jewish practice alongside a worldview that is intellectually honest and pluralistic. The fact that the Pew Study that Conservatives Jews are by far the most engaged non-Orthodox population in every measurable category, including Israel activism, ritual practice, synagogue attendance and investment in Jewish education, is proof that Conservative Judaism is not only a critical Jewish voice, but an effective one, too.

Over five days, this convention will launch what Conservative Judaism has needed for over a generation; a campaign, not a convention. This campaign will help leaders see and share what is vibrant about the center of Judaism, and build their capacity to address the systemic and brand challenges we face.

The campaign will include three pillars:

1) Showcase the Vitality of the Center

A campaign requires stories of success, and we need to share that the brightest examples of what Judaism can look like happen in the center. If you have ever prayed with the Return Again Shabbat Team](http://www.thejewishweek.com/news/national/new-song-middle-movement “”) from Adas Israel Congregation in Washington D.C., or felt engaged as a millennial Jew through Selah at Agudas Achim in Austin, Texas, or know about how Rabbi Michael Siegel of Anshe Emet Synagogue and Pastor Chris Harris of the Bright Star Church are [improving race relations in Chicago, then you know how many Conservative synagogues are thriving at the cutting edge in their approach to Jewish life. Any campaign to write a new chapter about Conservative Judaism must begin with recognizing that our institutions remain centers of innovation.

At the same time, the center is much bigger than Conservative synagogues, and too little attention has been devoted to capitalizing on the shared values between our institutions and communities like Mechon Hadar, the Lab/Shul, Ikar, and so on. When we limit ourselves to affixing labels and obsessing about whether or not something is “Conservative,” we miss the opportunity to build upon the strength of institutions that offer a committed, progressive and egalitarian Judaism.

In any campaign, if a constituency believes that you do not care about them or what matters to them, they will never support you. Too many Jews today feel that our institutions send the message that the doors of Conservative Jewish life are closed to them.

We cannot repair the image of our institutions if young adults feel that they are nurtured by our synagogues, schools and camps until they graduate high school, and are then left to fend for their Jewish selves until they get married, have children and move to the suburbs. We also cannot repair the image of our institutions if children grow up thinking that our Jewish worldview does not affirm their God-given Jewish identity, which is particularly true for LGBTQ Jews. USCJ’s research published in conjunction with Keshet in 2014 found that while many of our synagogues offer inclusive policies, far too many of them remain “unintentionally disinviting” to LGBTQ Jews.

Most importantly, Conservative Judaism cannot repair its place in Jewish life if we avoid increasing the capacity of our institutions to work with the 21st century Jewish community — meaning that we must construct our authentic vision for the role of interfaith families in our synagogues. This is not about recruiting and retaining members, but about offering an aspirational vision of what it means to be a K’rov Yisrael, a person who is close in mind, body and spirit to the Jewish people as a supportive non-Jewish spouse.

3) Create a Future That We Choose Together

Finally, a campaign will not be effective unless we can articulate an overarching vision about why it is important and how it can change lives. One of the most long-standing criticisms of Conservative Judaism is that no one knows what it stands for, in spite of the fact that countless leaders have offered possible answers to this question for over a hundred years. Perhaps the reason our mission is not well defined is because we’ve been expecting a single individual to hand us a vision, as opposed to the community shaping one together.

On the final day of the USCJ Convention, Conservative Jews from around the world will participate in an IdeaLab on Conservative Judaism with Rabbi David Wolpe of Sinai Temple in Los Angeles, California and the PresenTense Group where, for the first time, we will envision together a 21st century tagline for Conservative Judaism. By emboldening people to unshackle their minds from the assumptions of the past and ask different kinds of questions, we allow ourselves to imagine a future that is authentically ours and monumentally significant for the Jewish world.

You are free to believe that Conservative Judaism is dying; that its best days are behind it. And while it’s true that none of these core pillars will “solve” the challenges in question, all of them are essential to kickstarting the collective journey toward repairing what has been frayed. Let’s show how much Conservative Jews are capable of achieving together, and how all of Judaism will benefit when we succeed.

Rabbi Joshua Rabin is the Director of Kehilla Enrichment at the United Synagogue of Conservative Judaism, and the Program Director for the USCJ Convention. 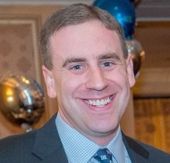 Rabbi Joshua Rabin is the Director of Innovation at the United Synagogue of Conservative Judaism (USCJ), and is the Program Director of the USCJ Convention. You can read more of his writings on his website.