Should We Call It ‘Radical Islam’? 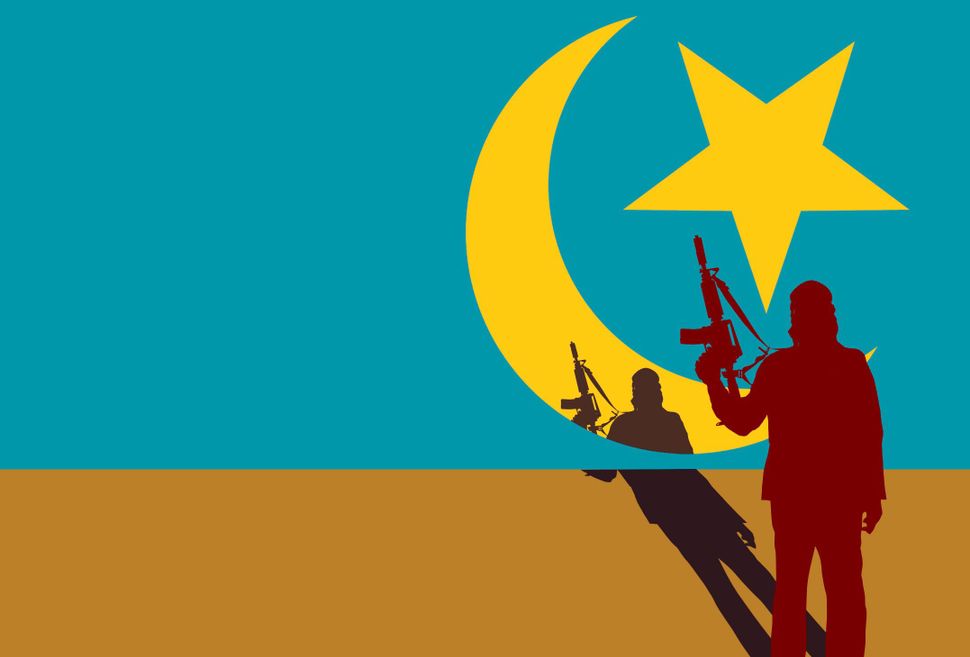 Timothy McVeigh was an American terrorist who, 20 years ago, detonated a truck bomb in front of the federal building in Oklahoma City, killing 168 and injuring more than 600 — a toll in casualties that far exceeds the carnage experienced in Paris in the past week.

McVeigh was raised Catholic and was obsessed with a white supremacist screed. A registered Republican and military veteran, his only other known affiliation was with the National Rifle Association. He committed the deadliest act of terrorism in the United States until 9/11, and the most significant act of domestic terrorism in our history. But we don’t ascribe that deed to radical Catholicism. Or radical Republicanism. Or radical gun ownership.

We describe the person, not the religion or political party or interest group. To do otherwise would be to unfairly characterize those institutions and their millions of adherents.

Why, then, should we be obliged to attribute the Paris attacks to radical Islam?

The analogy isn’t perfect. McVeigh’s perverted worldview was not fueled by his faith — he had left the church years earlier — nor was it propelled by a mission to create global havoc, whereas the Islamic State group considers itself Islamic, and clearly it now has designs far beyond its originating region.

The comparison is instructive, nonetheless. Ask yourself whether we needed to label McVeigh’s insurrection in order to prevent or combat other acts of domestic terrorism. Then bring it closer to home, and consider whether Yigal Amir, who killed Israel’s prime minister Yitzhak Rabin several months after the Oklahoma City bombing, represented radical Judaism. Or was he instead a radical, fanatical Jew.

This is a raw moment, when leaders from President Obama on down are excoriated for skirting the semantics and being told that they can’t possibly stop what they won’t name. The insinuation is that extreme political correctness and wobbly foreign policy are conspiring to prevent American leaders from attributing this wave of terrorism to its true source.

“The newest fault line in the 2016 presidential campaign is over two words: ‘radical Islam,’” wrote Andrew Prokop in Vox. Republican candidates repeat it as a mantra; Democrats avoid it like a toxic substance. But, as Prokop noted, “this is a serious strategic debate about how the U.S. should communicate and define its objectives in the ‘war on terror,’ both internally and externally, that dates back more than a decade.”

It is a debate that Jews should have a special affinity with, considering what we share with Islam and how we feel when others define our faith for us.

The crux of the matter is whether to attribute the killings, bombings, rapes and beheadings perpetrated by Islamic State to Islam or to a minority of its adherents. As Abdullahi Ahmed An-Na’im, a professor at Emory University School of Law and a Muslim scholar of Sharia, wrote recently: “The vast majority of Muslims almost certainly feel moral revulsion and outrage about the violence perpetrated by ISIS… However, the truth of the matter is that ISIS leaders and supporters can and do draw on a wealth of scriptural and historical sources to justify their actions.”

Just as our biblical and rabbinic texts contain language and admonitions that make us cringe, and from which we distance ourselves, so, too, in Islam. Scholars have noted the strong similarities between Sharia, Islamic law, and Halacha, Jewish law — “siblings,” An-Na’im told me. Both developed through sprawling argument and varied interpretation without a centralized authority located in one place. Some Muslims view Sharia as a hegemonic system governing all aspects of life; some Jews view Halacha the same way. The majority of adherents of both religions, though, consider the law “an overarching guide to ordering one’s life,” as scholar Marshall Breger wrote in Moment magazine.

And just as we debate which Judaism defines us — the kind practiced in Boro Park, Boston or Berkeley? — Muslims point to the same multiple understandings among the globe’s 1.5 billion adherents. This is why a simple label is meaningless — or offensive. Is “radical Islam” the same Islam that is practiced in Indonesia, the largest Muslim country in the world, which prides itself on its diversity? Or India, the second largest, where Muslims lately have been the target of ethnic violence, not the instigators?

Just as some of us worry about how the Middle East conflict has enabled a tiny minority to warp Judaism into a religion of hatred, many Muslims worry about how their religion has been hijacked by a minority that has slaughtered far more Arab Muslims than anyone else. The Islamic State does pose a monumental challenge to Islam, and we can and should support those Muslims who are countering this brutal movement. But from a religious perspective, it is their challenge, not ours. It is not for us to instruct another faith tradition or culture on how to expunge a cancer in its midst. We Jews have our own work to do. So do Christians.

It may sound tough to say that the terror caused by radical Islamists is caused by radical Islam, but it’s no more than a simplistic diversion from the more difficult strategic question about how a pluralistic society prosecutes a “war on terror” without discarding its foundational values. To do this we need to separate the zealots from their religion and not conflate the two, or we risk alienating the very people who have the most to gain and the most to lose in this struggle.

Should We Call It ‘Radical Islam’?