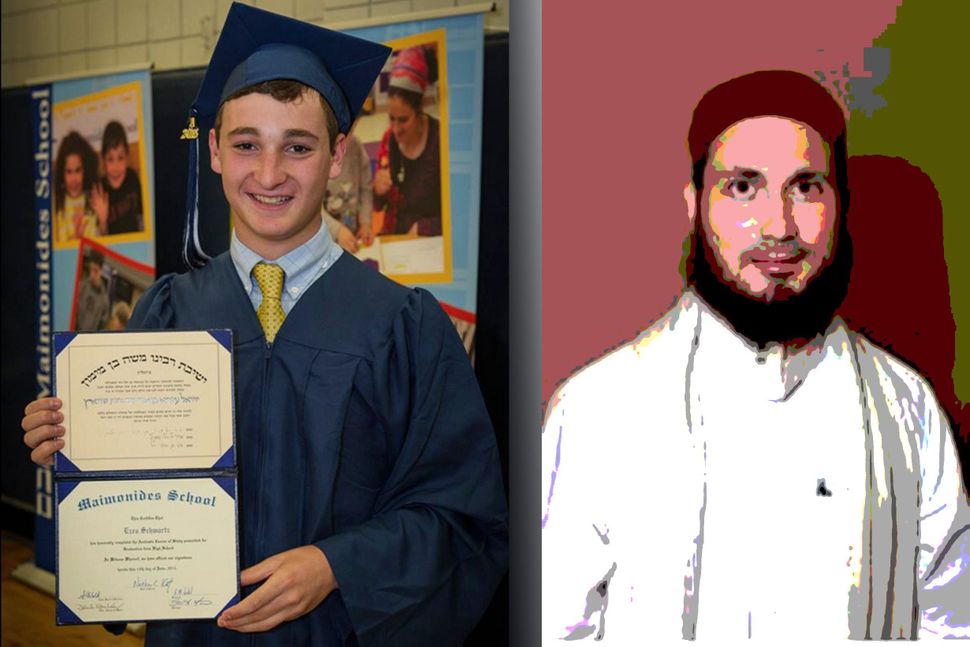 After Ezra Schwartz of Sharon, Massachusetts, was tragically killed on Friday in a West Bank terror attack, his Jewish community was heartbroken. Thousands gathered at the funeral for Schwartz, who in his 18 years did so much to brighten his community, and who died while spending a gap year in the country that he loved, Israel, where he was studying and volunteering. Many strangers who heard the news were also moved by his story.

One compassionate response came from what some might consider unlikely quarters. The Imam of Sharon, Massachusetts, sent the following letter of condolence to Schwartz’s family and Sharon’s Jewish community. Addressing it to “My Jewish Brothers and Sisters,” he quoted Psalms and ended with the traditional Jewish condolences: “May God comfort you among the other mourners of Zion and Jerusalem,” transliterated from the Hebrew. 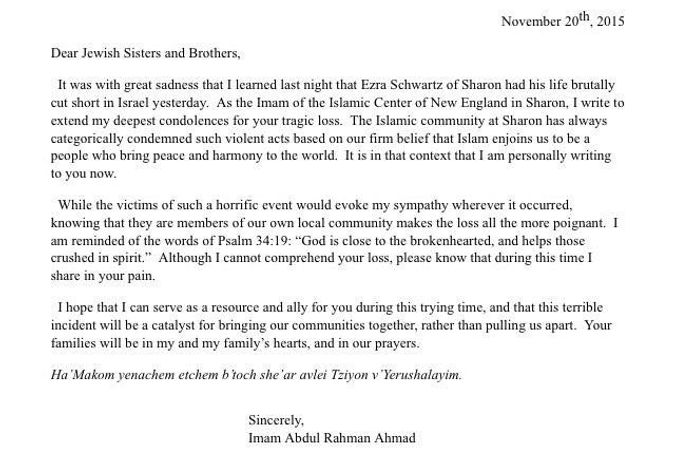 It was a heartfelt and genuine gesture that did not feel forced or fake. Jewish social media users shared the letter widely, many lauding the Muslim leader’s epistolary olive branch. If one good thing could come out of such a tragic event, maybe it’s that these two communities — Jewish and Muslim — have been brought slightly closer together.