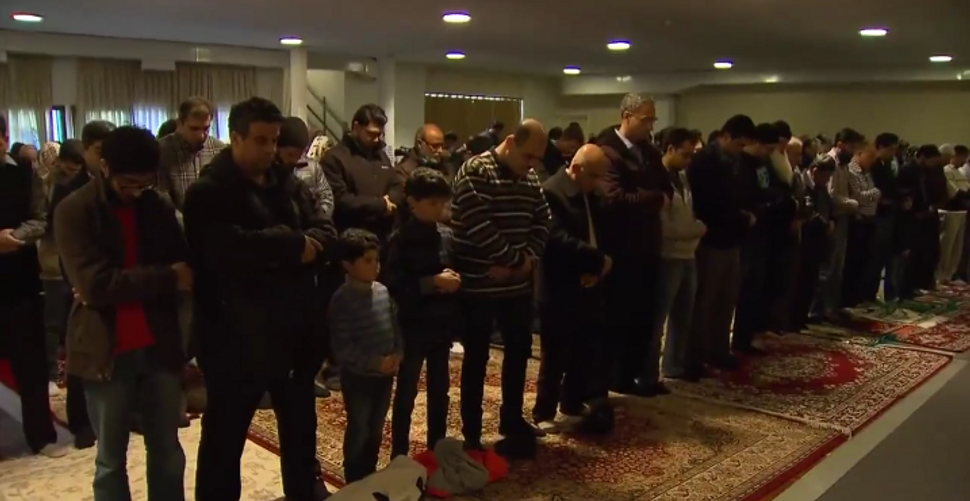 A Canadian congregation in Ontario to use its synagogue as a place to worship after their mosque was fire-bombed in a suspected hate crime following the Paris attacks.

The attack, which caused an estimated $80,000 worth of damage, rendered Masjid al-Salaam mosque — the only one in Peterborough, Ontario — unusable.

That’s when Larry Gilman, president of the Beth Israel synagogue in Peterborough, stepped in. Gilman quickly called a meeting of the shul’s board of directors, asking them if the Jewish community could share their house of worship with their Muslim neighbors. The vote was unanimous.

For Kenzu Abdella, president of the Kawartha Muslim Religious Association, that gesture of goodwill meant the world — though he admits it was weird at first. “In the beginning, it was a shock,” he told CBS. “Within 24 hours, that changed. They walked to the mosque and told us that whatever we need, they will support us.”

“We have more similarities than differences,” he added. “We have so much common — the details of worship and the ceremonies. Even the stories we hear are similar. At the end of the day, it’s a house of God.”

The communities gathered for two prayer sessions and a potluck dinner last week, under a banner that read: “Welcome Friends.” According to The Independentt, a fundraiser to restore the mosque raised $100,000, nearly $30,000 more than the organizers first expected.

Though the mosque is expected to be up and running within the next couple of weeks, both Abdella and Gilman have said that this is “the beginning of a long friendship.” In fact, Beth Israel has now joined an interfaith group helping to sponsor Syrian refugees.

Other Canadian synagogues have reached out in a similar way to help refugees. Vancouver’s Temple Sholom raised $40,000 within a few days after putting out a call to fund a Syrian family. In Montreal, Congregation Dorshei Emet raised $90,000 for two families.

In the video below, you can see what happens when two communities set aside preconceived notions and fears and sit down for a nosh. Maybe Donald Trump and his ilk should take a hint.