3 Things You Can Do To Help Close Gender Gap 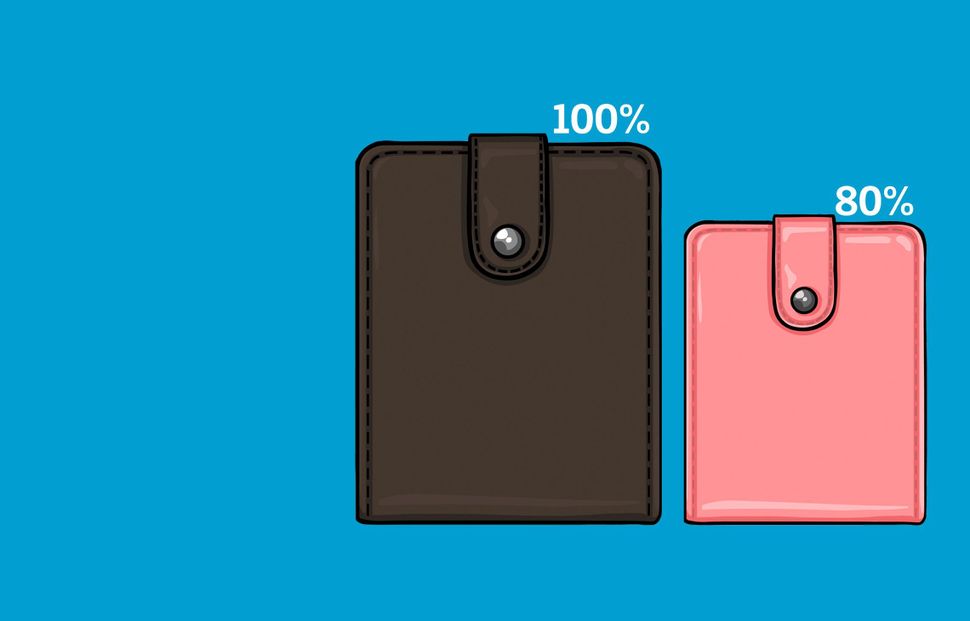 In 2001, Shifra Bronznick created a national organization with an audacious mission: to advocate for women’s leadership in Jewish not-for-profits, and for policies that were family friendly and gender equitable. It wasn’t easy.

But Bronznick was relentless — and visionary. She talked about the need for, and the benefits of, paid family leave long before it became a presidential campaign issue, and pushed for women to be included on public panels long before #allmalepanels became a trending hashtag on Twitter. Through Advancing Women Professionals and the Jewish Community, she lobbied, educated, cajoled and finally persuaded organizations to adapt and change, guided women to successful leadership positions and trained men and women to create more equitable workplaces.

One of her signature achievements was the Better Work, Better Life campaign to urge Jewish charities to enact reasonable (by American standards) policies for paid family leave. Last month, she reached her goal of enlisting 100 organizations — and then topped it.

READ MORE: It Still Pays to be a Man — And Live in Cleveland

Not a moment too soon, because in a classic innovative move, AWP has deputized others to carry on its work and will be shutting down at the end of this year.

One of the continuing tasks is to confront the persistent gap in pay between men and women in Jewish communal life — to shrink the indefensible difference, if not to erase it. That, too, can happen not a moment too soon. Up to 90% of Jewish not-for-profits may need to find new executive directors in the next five-to-seven years, one study warns, and pay equity is a factor in recruiting and retaining qualified women.

In the seven years since the Forward began its survey of compensation in the largest Jewish national not-for-profit organizations, the gender gap in pay has narrowed slightly, but only slightly. Women leaders still can expect to earn only about 80 cents for every dollar earned by men — after taking into account the size and scope of the organizations they run. (It’s about two-thirds of the average male leader’s salary without controlling for organizational size.)

The 80% figure roughly tracks the national trends, which variously show that women earn 74% to 79% of what men earn. But those national numbers don’t control for the size of organization; thanks to our partnership with Abraham Wyner of the University of Pennsylvania’s Wharton School, we add that additional context.

READ MORE: Gender in the Workplace, in Your Words

Which could make you feel better but, frankly, ought to make you feel worse. We now know what discrimination costs our women leaders.

So picking up Bronznick’s banner, we urge the Jewish community to make closing the gender gap in pay as much of a cause as paid family leave has been.

The Forward’s annual survey is a significant contribution, but its reach is limited by the available data and our own resources. We need to be able to examine regional not-for-profits and the newer organizations that are shaping the Jewish life of the future. Plus, the public 990 forms that not-for-profits must file only include compensation for top leaders in each organization. A more thorough look at pay scales and comparisons is necessary.

The Make It Work campaign advocates that employers be required to file with the Department of Labor an equal pay report with compensation data on job categories by gender, race, ethnicity, etc. This message is reverberating on the presidential campaign trail — at least among Democrats. Hillary Clinton and Bernie Sanders support the Paycheck Fairness Act, designed to strengthen claims of female employees in discrimination cases. Clinton and Martin O’Malley have also pushed for more transparency.

“The more we can bring it out from under the table to put it on top, the more information we can have to advocate for ourselves and to advocate for each other,” Clinton said earlier this year.

2. Learn to negotiate. “It used to be that people really hated when women asked for things,” Bronznick remembers. But while it’s essential that women become better negotiators — and tips for doing so remain on the AWP website — the gender gap can’t be blamed on women not being pushy enough.

The volunteer boards and compensation committees that recruit new leaders and draft contracts need to be made more aware of their own biases, and not only about money, but about the need for flexibility, opportunity and professional development, and need to be willing to negotiate on all those terms.

Gali Cooks, executive director of Leading Edge, a new alliance to promote leadership in Jewish not-for-profits, says that one reason it’s so difficult to find those leaders is the job descriptions. “We are looking for unicorns,” she says. “You have to be a super-human to do these roles as they are written now.”

3. Pay fairly. Not only are male leaders paid more than their female counterparts, but as these top salaries continue to grow, the gap between them and low-paid workers within these organizations expands, too. That disproportionately harms women, who make up the vast majority of employees in not-for-profits. It also harms women in the nation at large, since they comprise two-thirds of workers earning the minimum wage.

So to narrow the gender gap, Jewish not-for-profits must also increase the minimum wage. It’s not enough to seek gender parity for those earning six-figure salaries. We must never forget the Jewish imperative to help low-wage workers caught in our uncompromising economic system.

No one should feel daunted by this ambitious agenda. Bronznick remembers that when she first began promoting paid leave policies, “my colleagues told me I was working on a dead issue.” It’s still very much alive. So must be our commitment to ensure equality in our workplaces. Does the Jewish not-for-profit community really want to be known for anything else?

3 Things You Can Do To Help Close Gender Gap