Can Jews Back Both Israel and Black Lives Matter? Of Course! 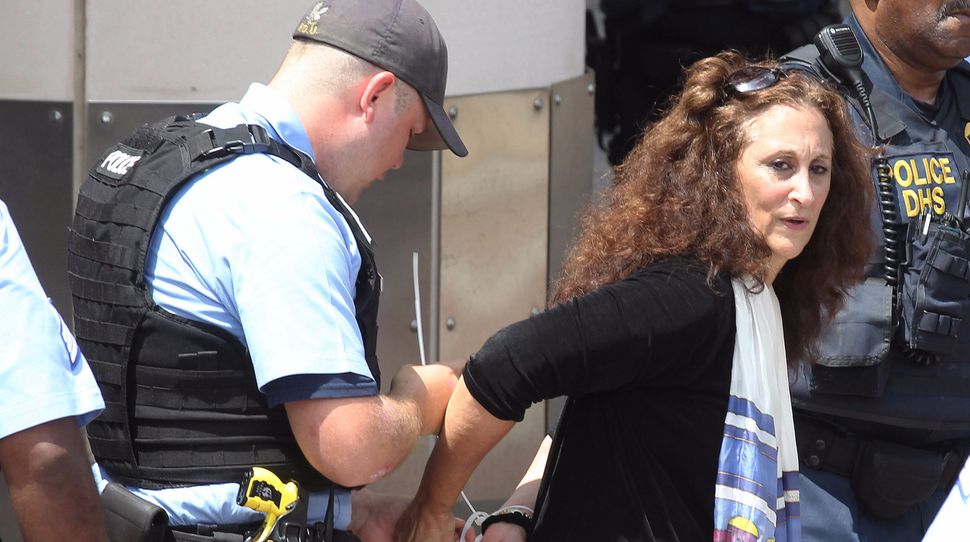 Rabbi Susan Talve is arrested in St. Louis as part of a day of disobedience held on the one-year anniversary of Michael Brown Jr.’s shooting death. Image by Bill Greenblatt/UPI.

Regarding the Forward’s December 21 article “Can Jews Back ‘Black Lives Matter’ and Be Pro-Israel?” we wish to state that the St. Louis Jewish community stands in solidarity with our friend and colleague Rabbi Susan Talve. Though we do not all agree with the opinions that she espouses or the stances that she has taken, we unequivocally condemn any attacks against her and we reject any attempts at dialogue around these issues that use incendiary language or offensive rhetoric.

Further, the St. Louis Jewish community has a long-standing relationship with the African-American community in St. Louis, a relationship that has roots long before the events in Ferguson took on national media attention and that have continued to today. The Jewish Community Relations Council, a beneficiary agency of Jewish Federation of St. Louis, is working to identify areas in which the Jewish community will take leadership roles as appropriate to advance the common interests of our region.

It need not be said that the St. Louis Jewish Community also stands in solidarity with Israel and works tirelessly to support the State of Israel and its citizens.

Attempts to force the Jewish community to choose between these two issues are erroneous and aim to agitate and disrupt positive, established relationships. We will not allow these attempts to succeed.

Can Jews Back Both Israel and Black Lives Matter? Of Course!