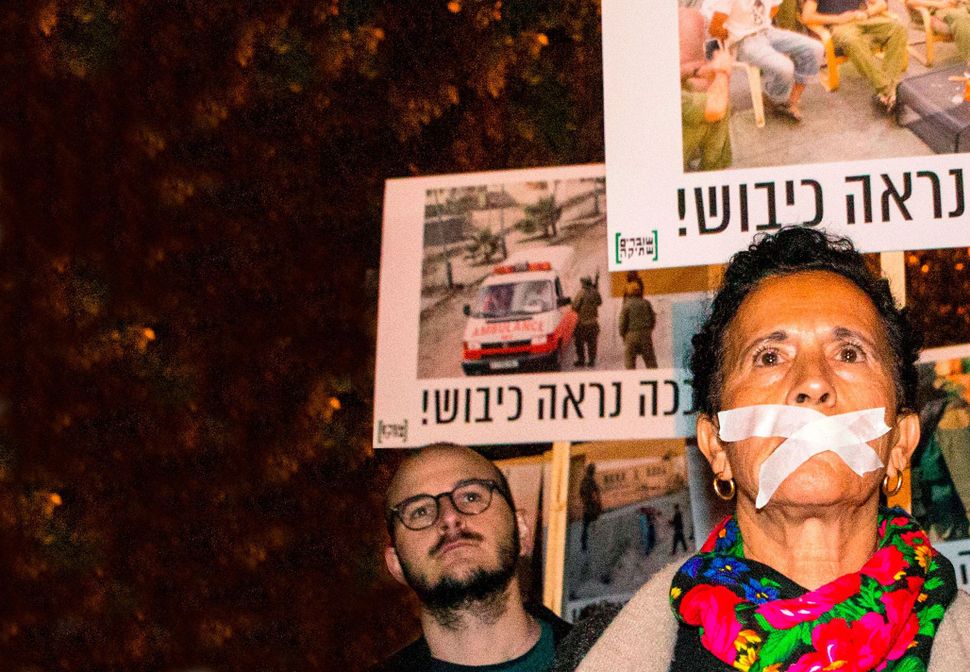 For the Israeli left, 2015 was a terrible year. We lost elections again. Attacks on civil society and on minorities are multiplying. Political violence is escalating, and a political resolution to the Israeli-Palestinian conflict seems unimaginable. There is a Hebrew quip among the left that if we fail to replace the leaders, “we need to replace the people,” the electorate. That’s one approach. Another is to ask what that left has been doing wrong.

But paradoxically, self-criticism on the left is usually directed at the country, and only rarely directed at itself. From my perspective within left-wing politics, civil society and journalism, I have witnessed certain tendencies that I believe are morally and intellectually wrong — and self-defeating to boot.

Of course they do not characterize all left-leaning individuals all the time. But those who are committed to the same general set of goals should consider these things. And if you agree that they are wrong, in 2016 avoid them. Don’t:

There is a difference between advocating or persuading and forcing or controlling. This is my personal critique of some anti-normalization activity, which opposes Israeli-Palestinian cooperation because it supposedly does not advance an end to the occupation. There have been too many cases where threats and pressure are used to prevent such cooperation. In one 2015 example, an event around an initiative to end the occupation and advance open-border political resolution to the conflict from the Palestinian town of Beit Jala, because Palestinian activists pressured and intimidated the Palestinian owners of the venue.

Left-wing principles hold that all individuals have the capacity to comprehend rational argument — and the right to act as they choose. If a person isn’t convinced about anti-normalization principles, maybe the argument just doesn’t hold up. Let the right traffic in thought control. If the left gets used to such methods, it won’t succeed in running a society if it finally gets the chance.

We reject racism and chauvinism, so stereotyping those we disagree with is simple hypocrisy. In Israel, left-wingers sometimes generalize terribly about religious people, the ultra-Orthodox, settlers, Russian immigrants, Mizrahim and probably others. Of course these groups are not monolithic. Not only is stereotyping arrogant, it also drives people away. It leaves us unable to identify potential allies, or to support the brave individuals bucking trends in their own communities. At a Jerusalem peace demonstration last October, I saw young religious women marching passionately against racism and for democracy. I know settlers who oppose the occupation. We should be expanding our ranks, not shutting these people out. Generalizing positively is no better. Making Palestinians into permanent victims or saints, excusing or ignoring bona fide terrorists, is dehumanizing to Palestinians and counterproductive for the left. That is related to the next problem.

The left demands freedom of information; we can’t ignore what doesn’t suit us. The urgent need to counterbalance the mainstream Jewish bias in favor of Israel drives us to hammer home themes of occupation and Palestinian suffering. But downplaying Palestinian attacks on civilians, or incitement such as Hamas blessing the New Year’s Day shooting attack in Tel Aviv, is simply shutting out the truth. It is painful to acknowledge incitement, for example, because of Benjamin Netanyahu’s obsessive manipulation of this theme. But only when we acknowledge it will our analyses and arguments make sense. It won’t weaken our case; instead, it will rob opponents of easy victories.

There is no perfect solution to human violence and conflict. The right exploits every rocket or stabbing as an excuse to maintain the status quo, and we should be exposing that as fraud. But if the left oversells what a negotiated political resolution can achieve, the right can more easily tear it down. This is my conclusion from observing the collapse of the Oslo process following suicide bombings in the 1990s. Instead of promising “peace equals security,” which nobody can promise, the left can argue that inevitable incidental violence following a peace agreement will be more easily contained. “Final status” for each side means that such incidents no longer represent an existential threat to the state.

The right can be absolutist; the left should leave room for error. We can handle it, because we deal in dissent. “There’s a mighty judgment coming — but I might be wrong” is one of Leonard Cohen’s best lines. Humility is a true alternative to the models of power on the right.

The left is often accused of being rational and removed, lacking soul and therefore appeal. Perhaps that’s why the “economic benefits of peace” argument hasn’t much worked. Yet when the left does get emotional, it is often through moralizing and sometimes with exaggerated outrage. The right’s equation of emotion plus pride is effective; feeling plus preaching is a huge turn-off.

Can’t the left express the thrill of universalism and diversity, or the beauty of recognizing equal value of human life? Those emotions include compassion, confidence without insecurity, humility over hubris but without groveling, caring for our community without nationalism. Some left-wingers seem to distance themselves from anything positive about Israel, as if it taints their task of exposing what’s wrong. But appreciating, even loving, our own community and identity is not a weakness — it’s genuine and it’s human. It’s probably also good for the cause. The great American folk-and-protest singers Phil Ochs and Pete Seeger sang love songs to America even as they called out its injustices. “Here is a land full of power and glory, beauty that words cannot recall,” Ochs sang. “Yet she’s only as rich as the poorest of her poor. Only as free as the padlocked prison door. Only as strong as our love for this land….”

I think on this point, the question for the left boils down to whether or not we believe there is something worth saving in Israel. For my part, I will say: with some profound and probably painful changes, absolutely.

It may seem a strange time to do soul-searching on the left: 2015 ended with the terrifying Im Tirtzu video inciting against human rights workers; the advance of a bill designed to intimidate left-wing nongovernmental organizations; a wedding video showing religious extremists stabbing photos of the Palestinian baby burned to death, and Netanyahu continuing his stream of incitement against the Arab population of Israel, even blaming the whole community for the attack in Tel Aviv. Maybe this article sounds like victim blaming.

My response is that there has never been a more important time for the left to be effective, to be a home for everyone who is disgusted by these things, even if we don’t agree on every point. We can’t afford to lose one person to hubris — or to simple mistakes.

Dahlia Scheindlin is a public opinion expert and political consultant, and a regular writer at +972 Magazine. She holds a doctorate in political science and lives in Tel Aviv.