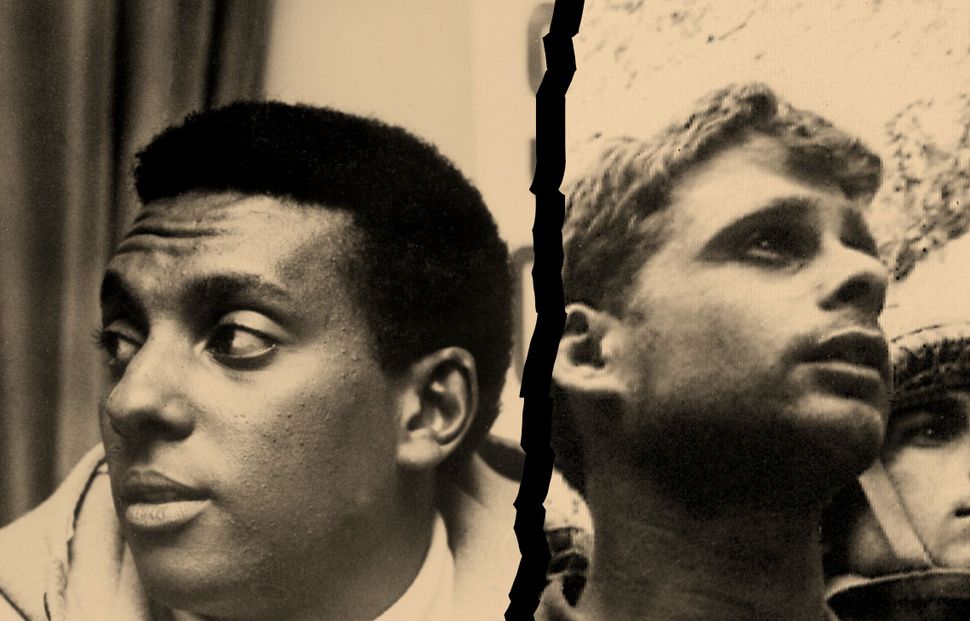 As vital as Martin Luther King Day is on America’s calendar, it has a special meaning this year for American Jews. This year, 2016, we will mark the 50th anniversary of the beginning of the fracturing of the historic black-Jewish civil rights alliance.

Not that the blacks or Jews betrayed each other. The reality is simpler: Their interests diverged. By the mid-1960s, Jews had achieved equality in America, and blacks had not.

No, the deeper betrayal was the abandonment of American Jews, their interests and their values by the organizations they had built over generations to fight for them. A cluster of Jewish organizations had for decades campaigned for minority rights, in coalition with black civil rights organizations. Along the way they gained enormous clout on the national stage. Beginning in 1966, those organizations gradually redirected their clout away from representing American Jews’ interests and toward advocating for Israel.

Most American Jews, still liberal and Democratic-voting, learned to live without a collective voice. Most even forgot what such a voice might mean. Their Judaism became a system of disembodied values, unconnected to group self-interest. Today, when their voice is needed, it’s not there.

Israel is now in profound crisis. It entrenches its presence in the West Bank and spurns options for disengaging. Thus it virtually guarantees that it soon will be either a binational state, no longer Jewish, or an undemocratic state with one nation ruling another.

It demonizes and attacks its own citizens who organize to protest their government’s policies. It scorns the opinions of Western democracies, then watches in surprise as the West grows impatient and hostile.

In all this, it enjoys the faithful support of the organized voice of American Jewry, which labors faithfully to shield Israel from foreign pressure, whether caused by its own actions or not. American Jewry, once renowned as a champion of democracy and liberalism, has emerged on the world stage as a defender of illiberalism.

Put differently, the defenders of the democratic Jewish state have become accessories in its looming demise.

And yet, most American Jews remain firmly committed to liberal and democratic values. Where are they when those they love, their brethren in Israel, are most at risk?

Let’s start by noting that they’re not entirely silent. There is, first of all, the American Jewish pro-Israel left, groups like J Street, Ameinu and the New Israel Fund. They’re feisty, but hopelessly outmatched by their counterparts on the right.

Then there are centrist voices that aren’t afraid to speak out, including, among others, the Union for Reform Judaism, the Anti-Defamation League (check its website) and, of course, the Forward, which has served as a tribune for justice, particularly under Jane Eisner’s leadership.

Still, given liberals’ lopsided majority in the Jewish population, what stands out is passivity. There are many reasons for this. One is, it’s a natural consequence of their liberalism. Sociologists know that liberals tend to be less attached than conservatives to religion. Conservatives, drawn toward the center of Jewish community life, are overrepresented or dominant as activists and major donors. Given the balance of power, even institutions led by liberals hesitate to protest illiberal Israeli actions for fear of losing conservative donors.

Second, following from the first: conservatives tend to dominate the main channels of communication between American and Israeli Jews, on both sides.

And because conservatives mediate the main channels, the two communities’ liberals and moderates long ago ceased to understand each other. American Jewish liberals in particular, accustomed to distrusting armies and firearms, don’t fully appreciate Israel’s exigencies. And Israeli liberals barely try to explain.

Remember, too, our dysfunctional, binary politics. Discussions of the Israeli-Palestinian conflict usually divide simplistically into pro-Israel and pro-Arab. We don’t even have agreed terms for left-right distinctions within pro-Israel opinion. As a result, Jews outside the activist core often feel they’re forced to choose between being for Israel or against it. And few Jews want to be against Israel.

But the biggest factor is the historic change that occurred a half-century ago.

On July 28, 1966, the chairman of the Student Nonviolent Coordinating Committee, Stokely Carmichael, issued his pivotal call for Black Power. Black activists, he said, must renounce coalitions and rely on blacks alone. “All those people who are calling us friends are nothing but treacherous enemies,” he said. “And we can take care of our enemies, but God deliver us from our friends.”

It’s hard to imagine today the sense of abandonment felt by white civil rights activists. A good half were Jewish. For Jews, the civil rights cause wasn’t merely altruism. It was a fight for us, an alliance of America’s two most excluded minorities to bring down the nation’s countless whites-only and Christians-only barriers.

Crucially, the civil rights movement wasn’t just people. It was an alliance between Jewish and black organizations. Each side had fought for its own community’s rights. Joining forces in the 1940s, they became an unstoppable engine. By the time they triumphed in 1964 with the passage of the federal Civil Rights Act, the Jewish organizational community had become an acknowledged moral voice and political powerhouse.

Then two crises occurred in quick succession, transforming American Judaism’s public profile. One was the black-Jewish rift. This began with Carmichael’s 1966 speech, but steadily grew amid disputes over affirmative action and more.

The other crisis came a year later. In May 1967, Egypt blockaded Israel’s southern seaport, expelled United Nations buffer troops from the Sinai and began threatening the Jewish state with extermination. For three weeks Jews worldwide watched, terrified, as threats mounted and the world stood silent. A second Holocaust seemed imminent.

As we remember, Israel struck first, utterly defeating its enemies in just six days. Those six days showed the world that Israel could overcome any threat.

But the lesson Jews retained was from the preceding three weeks: that Israel could be destroyed at any moment as the world watched silently.

Now came the great transformation. Over the next few years the major Jewish organizations turned their attention and formidable clout away from civil rights and toward foreign policy. Their allies were no longer minority communities, but instead the national security community. Their primary concerns were the interests of Israel. The interests and needs of American Jews, whatever they might be, were an afterthought.

What would the Jewish world look like if the big organizations had chosen differently in 1966 and 1967? Would American Jews be more engaged in the community if it reflected their interests more, or was assimilation inevitable? Would America or Israel look different?

We’ll never know. We can’t change the past. But we can choose our future.