How Can We Prevent MLK Day Service from Diluting Its Own Urgency? 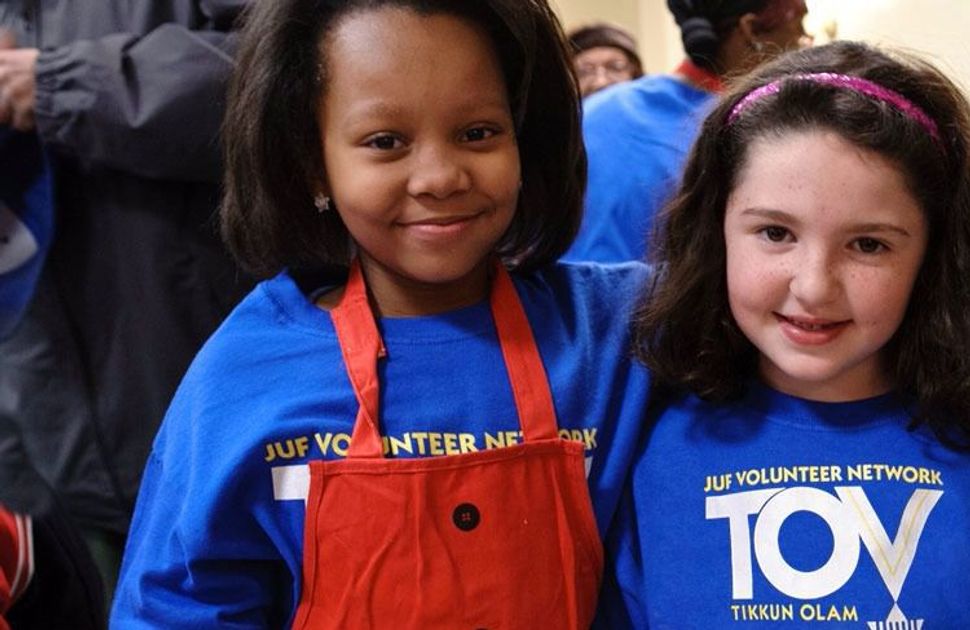 “Our lives begin to end the day we become silent about things that matter.” Martin Luther King, Jr.’s words resonate today as much as ever. They are direct. They call us to action. And, above all, they propel us to look past our satisfaction with what we changed yesterday, and to increase our attention to what needs to change tomorrow.

On MLK Day 2016, in communities across America, social justice leaders will call on students, citizens and businesses to “Make It a Day On, Not a Day Off” — and more than 500,000 people will respond by participating in volunteer service. For the Jewish community, in only 20 years since MLK Day became a national day of service, it has become the single most unifying moment of common cause with America’s secular social change movements; virtually every Jewish communal, educational or advocacy organization, including almost every synagogue, exhorts its constituency to mark the weekend with special activities, especially service with local nonprofits.

For this day, forgotten are the arguments about whether we should help Jews in need or serve more broadly; worries about anti-Jewish sentiment on campuses take a back-seat; even battle-sensitized lines around foreign policy and Israel become blurred. MLK Day marks some of the most effective, multi-generational, inter-denominational and interfaith programming in which Jewish communities participate. Service unites people across ideologies, overcoming those powerful social dividers of geography and race and ethnicity and class and gender and more as it pushes our common humanity to the fore, in support of the poor, the marginalized and the disenfranchised.

But there’s also a sizeable challenge with engaging in service to mark MLK Day — there’s a powerful impulse to feel satisfied when the service is done, to miss the deeper reality that people are suffering not for want of more neighbors to pitch in, but because of systemic injustices we need to focus on and fix. In other words, service can dilute, rather than heighten, the urgency of our need to act for social change. This is the reason that many community leaders originally expressed reluctance to make MLK Day a day of service rather than a day devoted to civil rights.

Service that effectively marks MLK Day must also connect with the primacy of the Torah’s exhortation, “Justice, justice you will pursue,” and with what Dr. King called the “fierce urgency of now.” As a practical matter, this means that service activities should include contextual education and reflection as seamless elements of the programming, and should also be constructed as an onramp for engaging participants in more and deeper programming throughout the year.

At Repair the World, we have to work extra hard to make our MLK Day activities meaningful and filled with timely urgency, since our target audience of Jewish young adults already demonstrates a passion for creating social change daily. For many of them, this service is not in addition to other Jewish experiences. These are their Jewish experiences. We work to ensure the service is grounded in Jewish values and teachings, and we help them feel part of a broader movement that operates at the intersection of volunteering and Jewish life.

Repair the World this year will meet the unique challenge and opportunity of MLK Day by calling on all Jewish young adults to . This multi-faceted initiative combines volunteer work, Jewish learning and community building over the three-day weekend. All of this is centered on one of the most compelling issue of our time — racial justice, remerging as an urgent institutional and structural issue 50 years after the Civil Rights Act.

Young adults — including privileged, white Jewish young adults — understand intuitively the importance of work centered on racial justice. It is an issue that injures their sensibilities around fairness, in addition to encompassing virtually every one of the most pressing social challenges today.

With Act for Racial Justice, we designed an initiative that empowers young adults to tackle this issue on a local level, engaging peers and creating meaningful change on the ground. One part of the initiative, the Turn the Tables Shabbat Dinners, invited young adults to host Shabbat dinners, and provided resources to facilitate important conversations that enable participants to explore the complexity of racial issues. Hundreds of these dinners were held Friday night, building knowledge and creating momentum for a weekend during which volunteers across the country engage in impactful, local work.

MLK Day 2016 is more than a call to service. It calls us to think about how we offer service initiatives throughout the year that are meaningful, impactful and connected to our Jewish heritage and our human passions.

David Eisner is President and CEO of Repair the World.

How Can We Prevent MLK Day Service from Diluting Its Own Urgency?