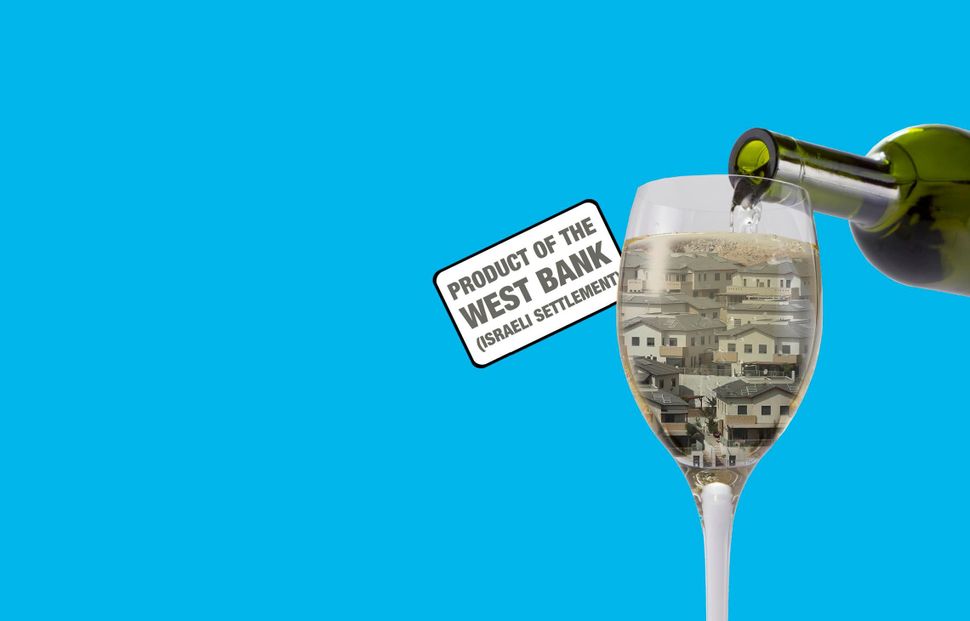 The Israeli government’s intention to maintain the status quo in the territories it has occupied since 1967 is facing two new challenges. The Europeans want products made in the settlements to be labeled as such. And Human Rights Watch is calling for companies to stop doing business in the settlements altogether.

Both moves are tactics aimed at persuading Israeli leaders to accept what most of the world has long maintained: The territories aren’t Israel. They are disputed land that must form the basis of an independent Palestine if Israel is to remain a Jewish democracy, which I fervently support.

One tactic I agree with reluctantly, but the other I cannot.

On January 18, the European Union reinforced its position that products made in Israeli settlements must say so on labels sold in Europe. E.U. ministers said that they are reiterating a long-standing belief that occupied lands in the West Bank, East Jerusalem and the Golan Heights are not part of the internationally recognized borders of Israel.

So that cabernet sauvignon from the Psagot Winery between Jerusalem and Shiloh will not be labeled “Made in Israel” if it is to be marketed in Paris or Prague. It will now be known as a “Product of the West Bank (Israeli settlement).”

When these E.U. guidelines were initially approved last November, the outcry among Israeli officials was understandable but exaggerated. The decision was described as anti-Israel and anti-Semitic, and was likened to the yellow stars that Nazis forced Jews to wear during their reign of terror seven decades ago.

That image went too far. The E.U.’s decision, while it may make American Jews like me uncomfortable, should have been no surprise; it has been debated for years and three of its members — Britain, Denmark and Belgium — already have issued their own labeling guidelines. The new rules are likely to have a symbolic more than a substantive effect. Europe is Israel’s largest trading partner, but settlement products account for less than 2% of Israel’s $14 billion exports to the E.U.’s 28 member countries each year.

My endorsement of this tactic is reluctant, due to the real concern that drawing distinctions like this one could propel the slippery slope toward the boycott, divestment and sanctions movement — a movement I oppose because it questions Israel’s very right to exist. I have to hope that this concern will be answered by the E.U.’s unequivocal statement rejecting any boycott of Israel.

Labeling, meanwhile, is a consumer service, offering transparency and choice. As Yariv Oppenheimer, general director of Peace Now, was quoted as saying: “This decision can strengthen Israel because it says there is a difference, and what is produced in Israel is legitimate — buy it, invest and continue the ties. It is the right of every person and every country to say we don’t want to be part of this thing you are doing in the territories.”

Besides, as my colleague Naomi Zeveloff discovered recently, some winemakers in the territories are responding to the E.U. by aggressively marketing their kosher wines and other products to consumers who may want to support products made in the settlements.

“I don’t need someone to tell me to mark the wine,” Amichai Lourie told her at his winery in Shiloh. “I’m marking it voluntarily.”

The Human Rights Watch report, issued on January 19, makes a more dramatic call for businesses to “end settlement activity” by moving out of the disputed areas entirely.

Its problematic logic goes like this: Israel commits human rights abuses and violates international law in the territories by treating Palestinians unfairly and by privileging Jewish settlements. Companies operating in or with those areas can’t mitigate or avoid contributing to these abuses, because they are enshrined in the settlement system. So for this reason, absent a radical shift in Israeli policies and practices, these companies shouldn’t lobby for change or improve working conditions. They should just pull out. Period.

If businesses actually complied with this demand — and it’s doubtful that many will — it would grind economic activity in the territories to a halt, hurting ordinary citizens both Israeli and Palestinian: those living in areas likely to become part of Israel if boundaries are ever negotiated and those living in more contentious settlements; those employed by these businesses and those who depend on them for their very survival. The tactic applies a kind of collective punishment that is rightly decried when Israel uses it against Palestinians.

You might argue that many innocent people were affected when much of the world boycotted from and divested in South Africa during apartheid. True. These blunt instruments sometimes have to cast an indiscriminately wide net.

But there was only one target in South Africa, only one possible instrument of change: the apartheid regime. That is not true in the Palestinian territories. The Palestinians themselves are not without agency here, or accountability. While Israel is by far the dominant power, the Palestinians share some of the blame for their continued plight, for persisting to resort to violent tactics that manifestly do not work, and for failing to clean up and modernize their own leadership and civil society.

And yet, HRW wants to hold businesses in the Palestinian territories to an impossibly high expectation that is unfairly applied. There are gross abuses of human rights in China, Burma, Saudi Arabia, too many African states and a host of other countries. Very likely, businesses, especially large corporations, are propping up these oppressive regimes. Should those businesses be compelled to pull out of these nations, too?

I don’t believe that any ally or trading partner should be prevented from expressing to this Israeli government its objection to an occupation that has lasted for nearly half a century. Sometimes Israel ought to be called out on its own.

But it is one thing to use information to make a political statement and encourage consumer choice. It’s another thing to advocate for tactics that could bring indiscriminate harm, and that are blatantly unfair to Israel. I understand the impulse to continually remind the Netanyahu government that it can’t erase the Green Line whenever it wants, and to support the sizable number of Israelis who wish for a two-state solution. There are tenable ways to make this point, and ones that are demonstrably unjust.