Decades before the term was coined, community organizer Saul Alinsky was already exploiting the advantages of “intersectionality,” the contemporary buzzword of social protest. Alinsky, once described by conservative thinker William F. Buckley as “close to an organizational genius,” united groups of underprivileged minorities with diverse grievances in mid-20th century Chicago to form a protest bloc that fought for racial, religious and economic justice. His methods, together with the ideological underpinnings of intersectionality as defined in the 1980s and 90s by race and gender scholar Kimberlé Williams Crenshaw, are playing an ever-greater role in fomenting anti-Israel protests, as could be seen at this week’s disruption at the LGBTQ conference, also in Chicago.

After his sudden death in 1972 at the age of 63, Alinsky’s name was still revered for many years by community organizers and social activists as well as radical leaders of America’s counterculture movement, but it would have probably been forgotten by now were it not for Barack Obama and Hillary Clinton. Alinsky’s name was already being mentioned by right wingers in the 2008 presidential campaign as Obama’s mentor and Clinton’s inspiration: Obama was said to have idolized Alinsky and adopted his ways during his community-organizing days in Chicago. Clinton, it turned out, had written a senior thesis at Wellesley College entitled “There is only the fight: An analysis of the Alinsky model.” She too was an Alinsky disciple, her attackers charged.

But it was only in 2012 that Alinsky truly emerged from the grave to assume the role of the conservative right wing’s favorite bogeyman. Challenging Mitt Romney in the GOP primaries, Republican Newt Gingrich repeatedly invoked Alinsky, saying that only he could take on such a “classic Saul Alinsky radical” as Obama. In his victory speech following his unexpected triumph in the South Carolina primaries, Gingrich asserted, “The centerpiece of this campaign, I believe, is American exceptionalism versus the radicalism of Saul Alinsky.”

There were those who smelled more than a few whiffs of anti-Semitism in Gingrich’s repeated use of Alinsky’s foreign, Jewish-sounding name and his depiction of the community activist as the antithesis of “true America.” But Gingrich’s supporters cited his steadfast support for right wing Israel, fortified no doubt by the campaign contributions of Sheldon Adelson, as proof that the former House Speaker was incapable of stereotyping American Jews as foreign radicals and had no such intention.

Since then, as any cursory Google search will confirm, Alinsky’s notoriety has only grown. Although Obama was only 11 when Alinsky died and despite the fact that Clinton turned down a job offer from Alinsky and politely rejected his worldview in her original thesis, both are still routinely described as carriers of Alinsky’s torch and implementers of his famous “Rules for Radicals” guidebook.

Alinsky’s “playbook” cited by Ben Carson in one Republican debate as Clinton’s bible, then Ted Cruz turned the Alinsky death ray on his rival Marco Rubio, accusing the Florida senator of using “Alinsky-like methods.” And Donald Trump has also been accused of emulating Alinsky’s doctrine, in order to ignore the GOP establishment and to neutralize his Republican rivals. 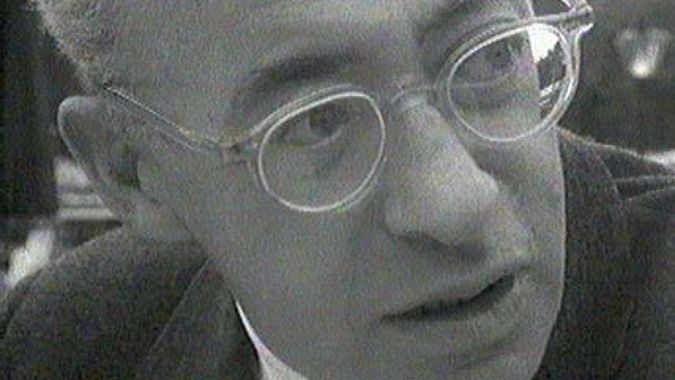 Curiously, Bernie Sanders has been spared. The only candidate who is a radical Jewish socialist as the GOP erroneously describes Alinsky – the latter wasn’t a socialist – has yet to be branded. But Sanders, in fact, probably came closest to “walking in Alinsky’s footsteps” when he volunteered at the Coalition of Racial Equality (CORE), which Alinsky helped found, when he studied at the University of Chicago in the early 60s. And the widespread, organized, grassroots, people-power, bottom-up support that has taken Sanders from relative obscurity to the cusp of becoming the Democratic candidate for president would certainly have made Alinsky proud.

But the reprieve is probably temporary. For now, Republicans are rooting for Sanders, either because they want him to degrade Clinton and expose her vulnerabilities en route to the general faceoff with the GOP’s chosen one, or because they believe that “democratic socialist” Sanders will be easier to beat in the 2016 elections. But rest assured that if Sanders scores the amazing upset that some people are predicting, Alinsky will be called upon once again to tar and smear a Democratic contender. With Sanders, however, the anti-Semitic connotation will be much harder to avoid, and it will only get worse if it suddenly seems that the Vermont senator is actually threatening to take over the White House.

Saul Alinsky was a pioneer of inter-communal relations in the U.S.Wikipedia

Some observers, however, are already celebrating the campaign’s lack of Jew-baiting. Writing in the Jewish Week, Douglas Bloomfield recently asked whether 2016 would turn into “The year of the Jew,” especially if Sanders wins the Democratic ticket and former NYC mayor and current multi-billionaire Michael Bloomberg joins the race. Over at the Forward, Ari Paul asserts “a general overestimation of how much mainstream America obsesses about a religious litmus test in presidential races. For some time, it’s been hard to imagine the nation rallying for a non-Protestant, but the country is ready to depart from this mythology.” Whether Paul’s optimism turns out to be prescient or premature can only be tested if and when Sanders unexpectedly emerges as a true threat to the right.

Clinton, of course, wouldn’t dream of making an issue of Sander’s Jewishness – in fact the contrary is true.  For the Clinton campaign, it’s not that Sanders is Jewish, it’s that he isn’t sufficiently Jewish, or at least pro-Israel enough. The Clinton camp has already depicted the Vermont senator as endangering Israel’s security, after he said he would allow Iranian troops in Syria to fight ISIS.  If Sanders continues to go from strength to strength, you can rest assured his criticisms of Israel and straying from the official AIPAC/party line will be dredged up from the near as well as well as his distant past, when they were much more pronounced.

But to assume that the conservative right, in general, and the Tea Party and/or Christian right, in particular, will allow a secular, liberal, self-professed socialist radical to become President of the United States without making a fuss over his Jewishness is more than a stretch: it beggars belief.

Even before Sanders emerges as a viable contender, there have been several awkward “Jewish moments” in the campaign. Sanders, you remember, was asked on NPR last July whether he wasn’t an Israeli citizen. Ted Cruz’s claim that Donald Trump represented “New York values” was viewed by many as code for Jewish values but there is no denying that the uber-liberal, hyper-secular, Brooklyn-born Sanders is more “New York values” than Trump could ever be.

Then there were Trump’s own discomfiting remarks before the Republican Jewish Coalition, about deal-making Jews who wouldn’t support Trump because he can’t be bought with money. This, after one of Trump’s more vocal supporters, Ann Coulter, was embroiled in controversy after she responded to a Republican debate segment on Israel by asking “How many f—-ing Jews do these people think there are in the United States?”

And in an incident curiously ignored by most Jewish observers, Trump was flat-out endorsed by Pat Buchanan, one of the few Republicans to be formally labeled by the Anti-Defamation League as an “unrepentant bigot” and anti-Semite. Buchanan not only applauded Trump’s diatribes against Mexicans, he may have been Trump’s inspiration in the first place. “Many Hispanics, as a matter of fact, you know what culture they are assimilating to?” Buchanan asked in 2006.  “The rap culture, the crime culture, anti-cops, all the rest of it.” Last week, Trump returned the favor, tweeting: “Way to go, Pat. You’re way ahead of your time.”

And in another twist of historical irony, one of the few precedents to this month’s edition of the rightist National Review, which was devoted in its entirety to blasting Trump’s conservative credentials, were two similar issues published in 1992 devoted to anti-Semitism and his new friend Buchanan. “I find it impossible to defend Pat Buchanan against the charge that what he did and said during the period under examination amounted to anti-Semitism,” editor William Buckley famously concluded.

Buchanan’s anti-Semitism wasn’t popular enough to make him a viable candidate for president in 1992, but he did deliver the keynote speech at the Republican National Convention that year, warning that a Clinton-Gore victory over George H W Bush  “is not the kind of change we can abide in a nation we still call God’s country.”  Buchanan was seen to be echoing a previous statement made by Bush’s running mate Dan Quayle, who railed against “the cultural elite.” That, too, was viewed by many as a dog whistle for Jews, a precursor to Cruz’s jibe about New York values.

It’s not that the right wing has a monopoly on anti-Semitism. Far from it: by all indications, there is less antipathy toward Jews in today’s GOP today than there was a quarter of a century ago. And undoubtedly there is left-wing anti-Semitism as well, which grows by leaps and bounds the more it is successfully equated with anti-Zionism, anti-Israel or even anti-Netanyahu positions. But the contrary is also true: support for Israel and Netanyahu often serves to camouflage bad, old fashioned fear and loathing of regular non-Israeli Jews in the radical right and along the fringes of the Tea Party and Christian Zionism.

It is a long-held prejudice against Jewish radicals, anarchists, socialists, troublemakers and plain old liberals, which has been the hallmark of the nativist and nationalist culture for over a century. It is the instinctive gut reaction against aliens and foreigners that is successfully stirred in many right wing hearts whenever a GOP politician mentions the name of Saul David Alinsky, no matter how innocently unbigoted he seeks to sound.

And unless America has metamorphosed completely, it is an intolerance that is bound to emerge and grow steadily stronger if a Brooklyn-born, Jewish son of a Holocaust survivor from Poland seems poised to become America’s strongest leader, even if his name sounds lily-white American like Sanders.